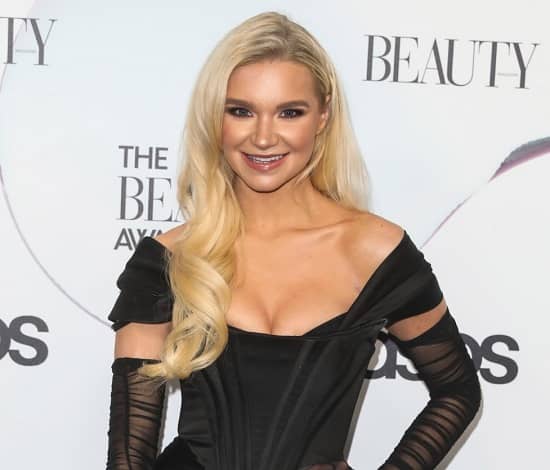 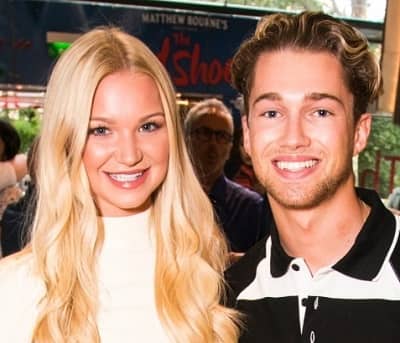 Abbie Quinnen (born on May 9, 1997) is known to be a fantastic dancer and social media personality; she has frequently been in and out of the limelight. Having a Tiktok presence has helped her gain fame quickly; she is slowly making a name for herself in the industry, but she is currently facing a devastating setback as her five-year relationship ends.

AJ Pritchard & Abbie had been a power couple ever since they had met; they started dating way back in May 2018, when Abbie had auditioned to be a dancer on AJ’s ‘Get On The Floor’ tour, and he had fallen for her the moment he saw her perform, he thought she was gorgeous and loved the way she carried herself.

Both had a dancing background and felt there was an instant connection, and once they began to know each other, they started to perform together; that’s when the pair became inseparable. Abbie grew closers to the former “Strictly Come Dancing” professional right after the tour; they began going out for dinner dates and became an official item a few months later when they were seen together on holiday to Greece.

The duo’s relationship grew even more when the nation went into lockdown. Abbie was quarantined at AJ’s family home in Cheshire along with his brother Curtis and his parents, Debi and Adrian; she also had a loving relationship with his family members; throughout their time together, they regularly posted pictures on social media and spoke about their loving relationship and the experiences they shared as a couple. 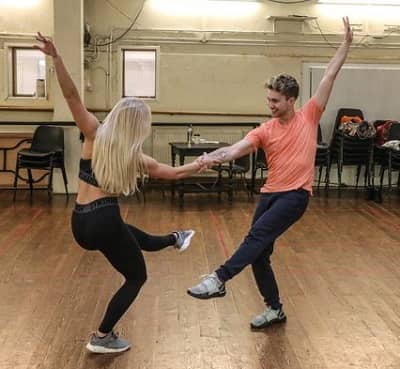 A tragic incident took place in 2021 that left Abbie Quinnen with third-degree burns; while she was filming a hack, a wine bottle exploded in her face, leaving her engulfed in flames; the social media video went horribly wrong, and she had to undergo three skin grafts on her face and upper body.

This incident left scars on her shoulder and arm, and she lost a strip of hair and part of her ear. AJ was there by her side, helping her to cope with it all; it was a year-long ordeal, but the couple got through it all, and their relationship was stronger than ever. Abbie was lucky to have him; he took care of her, was with her at every single laser, micro-needling, or PRP appointment, and she often found him hysterically crying from guilt and helplessness in the aftermath of her accident; he always assured her that they would be together forever.

It was a shock when AJ called off his relationship with Abbie, and then a week later broke up, leaving her devasted and fans in shock; before their split, they had plans of getting married, but the reason for their break up is yet to be revealed as no one knows what exactly happened between the two. 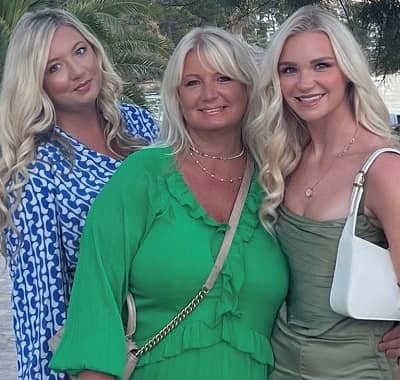 Abbie Quinnen was born on May 9, 1997, and grew up in Surrey, England, along with her parents, her mother, Mandy Quinnen was a great support to her after the incident; when her boyfriend would leave for work, it was Mandy who took care of Abbie, and dedicated everything to make her daughter fit again.

Quinnen has an elder sister, Paige Quinnen, and they have a happy life together. Abbie loves spending time with her niece and nephew too. From a young age, she had taken up dancing and was interested in pursuing it full time; she joined the Urdang Academy and was soon represented for dance by Apollo Artist Management, an agency that looks after music, film, and TV stars. 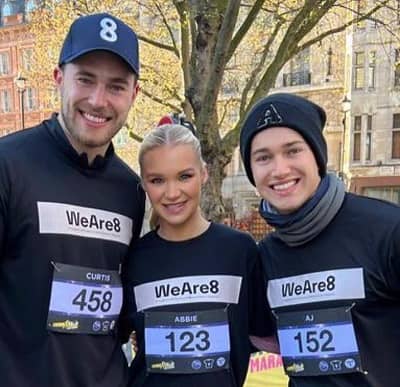 She is a Fashion and lingerie model who posts several lifestyles, fashion, beauty, and travel content on her Instagram handle. Her verified account has 87.1K followers; her fan base is increasing on her TikTok account as well.

Que: How old is Abbie Quinnen?

Que: Who was Abbie Quinnen dating?

Que: What is Abbie Quinnen’s height?

Que: Who is Abbie Quinnen’s mother?