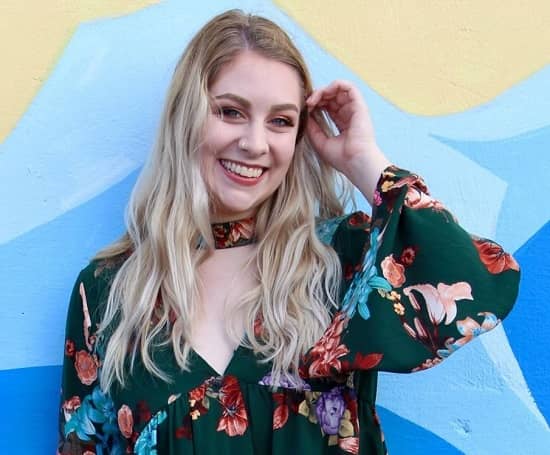 Meet Abby Zwerner, Who Got Shot By A 6-Year-Old At Richneck Elementary School

Abby Zwerner (born on September 15, 1997) is a 25-year-old American elementary school teacher from Ruckersville, Virginia. On January 6, 2023, she became a topic of headlines after it came out that a 6-year-old student (a boy) shot her with a 9mm pistol.

According to reports, the bullet pierced into her abdomen through her hand. Incidents of gun violence in America are going out of control; first, they used to happen mainly in Texas, but now it seems like incidents in other states are also increasing.

According to The Guardian, the shot got fired when Abby was trying to confiscate the weapon from the kid that was trying to show it off. Zwerner has a reputation as a sweet and kind teacher in the school, so it is hard to say if the kid was keeping a grudge.

Governor Glenn Youngkin took a day to respond to the incident; he Tweeted, “My administration has offered assistance in response to the shooting at Richneck Elementary School in Newport News and stand at the ready to help in any way we can. I am continuing to monitor the situation and am praying for the continued safety of all students and the community.” 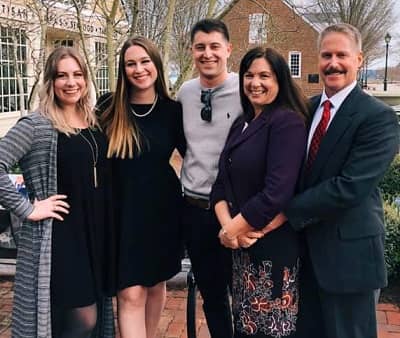 How Old is Abby Zwerner?

On September 15, 1997, Abby Zwerner (age 25) was born to Julie Dugas Zwerner (mother) and John Zwerner (father) in Ruckersville, Virginia, America. She has a twin sister named Hannah and a brother who serves in the U.S. Military. Alongside her siblings, Abby attended West Point High School and completed her schooling in 2015. 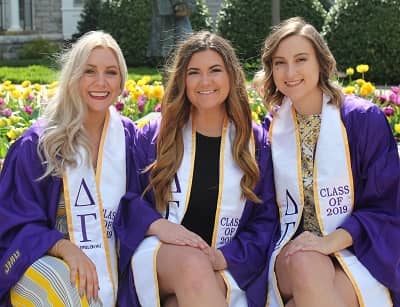 Growing up, she and her sister dreamed about becoming teachers, so they chose to become Elementary teachers and joined James Madison University. Here she studied Elementary Education for five years and graduated with a Bachelor’s degree in 2020. 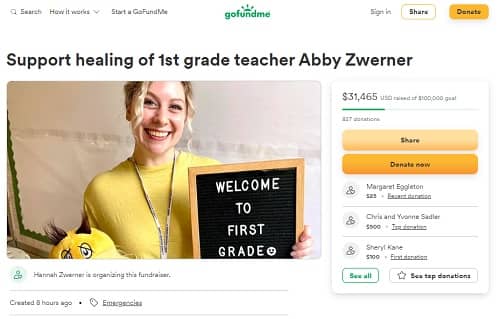 Following graduation, Zwerner joined Newport News Public Schools. She taught at Richneck Elementary School for three years and proved to be a friendly and excellent teacher. Sadly on January 6, 2023, a student at her school shot her with a handgun he had stolen from his mother.

The moment Abby saw the pistol in the kid’s hand, she approached to confiscate the firearm, but the trigger got pulled, and the bullet pierced through her hand, hitting directly into the abdomen. Even after getting badly injured, she first assured the safety of other kids in the classroom. Soon law enforcement and an ambulance reached, taking Zwerner to the closest hospital where she is in stable condition.

Meanwhile, Abby’s sister, Hannah, started a GoFundMe campaign to raise $100k. People worldwide have donated money generously, and more than $30k has been collected so far. 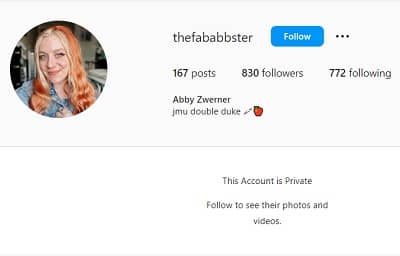 Who is Abby Zwerner Boyfriend?

No, Zwerner is not married, and there is no information if she is dating someone. She has an Instagram with the username “@thefababbster,” but it is private. Her friends describe her as a bubbly and fun-loving girl who is nice to everybody.

Like everybody, the Celebsweek team wishes for the wellness and speedy recovery of Zwerner. If you want to show your support, you can visit GoFundMe and donate whatever you can.

Ques: When was Abby Zwerner born?

Ques: From where is Abby Zwerner?

Ques: Who are Abby Zwerner’s parents?