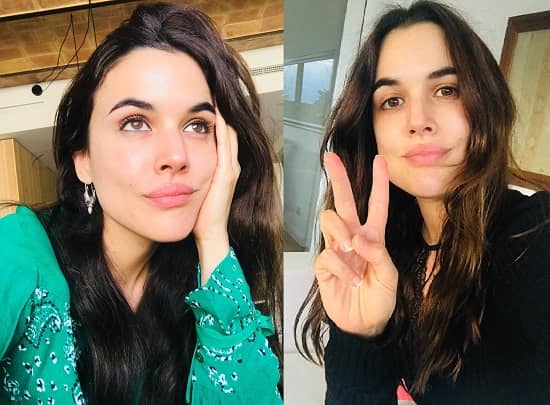 Spanish Actress Adriana Sofía Ugarte Pardal ( Born on January 17, 1985), better known for her famous name Adriana Ugarte. This artist got fame in 2019 for her mindblowing acting in Netflix Series Hache.

On 5 February 2021, Ugarte again come into the Limelight for Helena’s lead role in Hache Season 2 alongside Javier Rey, Eduardo Noriega, and Maria Salas Ambros, and others.

This series is eight episodes covering the first season, and now fans will see eight episodes again in the second season. Including Hache Season 2 drama web series; this lead actress’s fans will also love Isabel Mora’s character, which will be seen on the 2021 Tv series Parot.

She graduated from her hometown school named Colegio del Pilar. In 2001, She took her steps into the entertainment industry at the age of 16 by acting as Sara in the short film Mala Espina.

According to 2021, Adriana Ugarte cannot be told whether she is in a romantic affair or is dating anyone; on the other side according to several sources, the Spanish actor Alex Gonzalez is Adriana Sofía Ugarte Pardal’s ex-boyfriend.

Some photos of both viral on the internet in 2013. After that, no gossip came in public about the relationship between the two celebrities. She uploaded pictures with several men on her Instagram, but she knows what her relationship is with them.