Adriyan Rae (born on October 7, 1987) is a 35-year-old American actress who floated into the news in 2021 after appearing as Brittany Pitts in the Paramount+ Tv series “The Game.” Viewers of the show loved the cast and storyline, which encouraged makers to come up with the second season, which aired recently on December 15.

Even before “The Game,” Rae appeared in many shows. Everyone loved how she performed in “Atlanta,” for which she even received a nomination for Black Reel Award. Besides TV, she also worked on the big screen. Her first film was “Burning Sands,” a Gerard McMurray drama featuring Trevor Jackson, Tosin Cole, and DeRon Horton. Other movies that Adriyan worked in include “Good Streets,” “SuperFly” and “Welcome Matt.”

Do you know that Rae is a qualified scientist who has double majored in Medical Laboratory Science and Physician Assistant Studies? There are more such fascinating facts in this article, so keep reading. From Where is Adriyan Rae?

On October 7, 1987, Adriyan Rae (age 35) took birth in a small town called Seaford, Delaware, United States. According to her website, she got raised by a single mother, Christina Rae, along with 8 siblings. In school, she was an excellent athlete. As per records, she was involved in hockey and track & field. She even made it into the Junior Olympics teams, but her mother ensured that her daughter performed equally well in academics. As a child, she dreamed about joining the medical field and becoming a cardiothoracic surgeon. In 2015, after schooling, she shifted to Pennsylvania and joined the University of the Sciences, Philadelphia, where she studied and graduated as a physician assistant studies along with a medical laboratory scientist.

Who is Adriyan Rae’s Boyfriend?

Good news for all the male fans of Adriyan! The actress is unmarried and single. Many were speculating that the beautiful Hollywood star might be dating someone, but it came out that she is not in a romantic relationship.

Considering how wonderful Rae is, anyone would be lucky to be with her, but the reason behind her single status is her acting career. The lady is experiencing a thriving profession that she does not want to ruin by diverting her attention and focus. At the time Adri completed college, she had already appeared in “Life Twirls On,” “Fatal Attraction,” and “Love Crimes,” which got her thinking about whether she should make a career in the medical field or pursue her dream of becoming an actor.

After measuring the pros and cons, Rae decided to pursue acting. First, she moved to Atlanta, then shifted to Los Angeles. Coming to Los Angeles proved to be a good decision for this actress because it did not take her much time to land an acting job. The year 2018 proved to be a busy year for her because she started with Lee Daniels’s “Star” playing Tammi and then appeared in 5 more Tv shows. 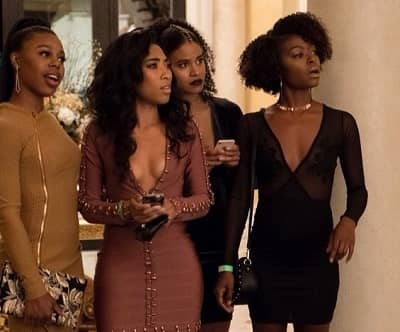 Besides movies and shows, Adriyan did a few comedy videos like the one she did on internet star Carey. In 2020, she joined the cast of the hit action drama “Chicago Fire” and played Gianna Mackey. Rae’s ability to highlight herself in any show and her acting style is fantastic, which is why we think that she is a born star. 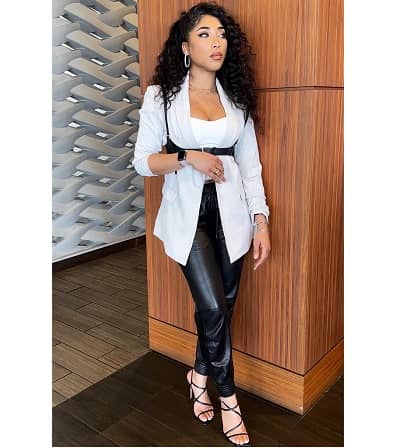 Ques: How old is Adriyan Rae?

Ques: Who was Brittany Pitts in “The Game”?

Ques: How much is Adriyan Rae’s net worth?