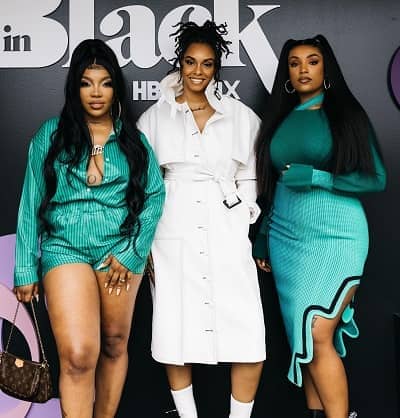 Aida Osman (born in 1998) is 24 years old non-binary writer, comedian, and actor from Nebraska, USA. She started her career as a comedian and then found an opportunity to work as a story editor in a 2021 TV series called “Betty.” Aida even worked as the consulting producer for the series “Big Mouth.” After working years behind the camera, Osman landed handsomely as an actor in HBO Max production “Rap Sh!t.”

Here Osman played a character named Shawna Clark, who tries to make it into the American music industry with her group of friends. Actors like Nijah Brenea, Anna Mezentseva, Victoria Richards, Daisy Fernandez, and Amber Reign Smith are also part of this production. In 1998, Aida Osman (age 24) gave birth to a Muslim family in Nebraska, America. Our sources found that Aida’s parents belong to Keren, Eritrea. We also found that the name of her mother is Semira Osman.

During an interview with Forbes, the beautiful actor revealed how her life was growing up. She raised the curtain from the fact that in her school, there was no black child other than her and her brother. After schooling, this Nebraskan girl did her graduation from the University of Nebraska. This pretty woman studied English and Philosophy because she first wanted to become a writer. After college, Aida’s next step was to join a law school, but she decided to take a break to explore her career choices. That break was enough for her to fall in love with comedy. She asked her mom to give her one year. From Comedian to Actor

Osman started working as a comedian at a bar in her hometown. At that time, Aida had no idea about standup comedy, although she was doing it. Later she moved to NYC to grow as a comedian. After coming to New York, she realized that most writers working for production houses are standup artists, so she focused on learning standup comedy.

With time she observed that LA could be better for her career growth, so she shifted there. Once in a local bar, Aida was performing when a comedian working on the Netflix series “Big Mouth” spotted her. For a couple of years, this Nebraskan beauty worked behind the camera and on excellent productions like “Betty,” “Group Therapy,” and “They Follow.” Finally, in 2022, she stepped out of her comfort zone and played a promising role in “Rap Sh!t”. While talking to a Forbes interviewer, Osman accepted that she is queer. The lady is open about it and does not hide her feelings. She also participated in LGBTQ+ protests and raised her whenever required.

It seems like Aida has not found her partner yet because there are not even rumors about Osman’s relationship. If anything comes up in the future, we will provide you with a detailed article.

Ques: What is Aida Osman’s age?

Ques: From where is Aida Osman?

Ans: She recognizes herself as queer.