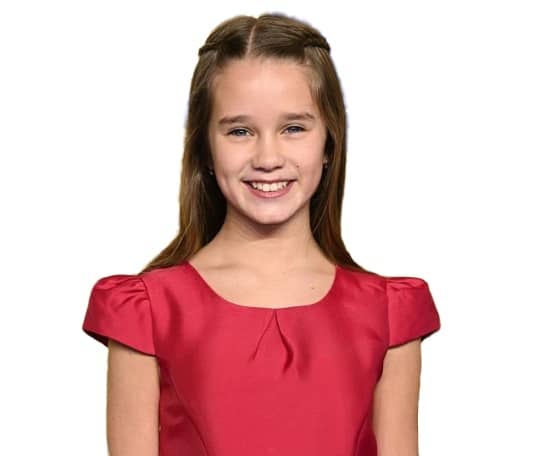 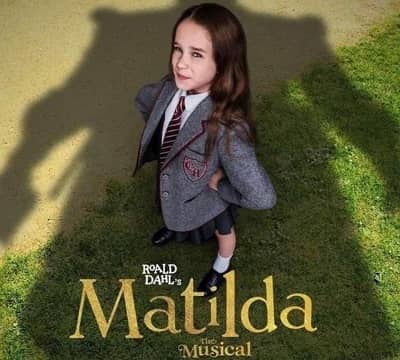 Alisha Weir (born on September 26, 2009) is 13-year-old is a Dublin-based child actress who has been gaining fame since she landed the part of Matilda Wormwood in Matthew Warchus-directed “Roald Dahl’s Matilda the Musical.” The movie is based on the iconic musical drama and landed on Netflix on December 25.

Besides Alisha, artists like Emma Thompson, Carl Spencer, Winter Jarrett-Glasspool, and Meesha Garbett are part of this beautiful production. You might have seen Weir before on TV because she played Laura in the 2019 crime drama “Darklands.”

The young actress has little experience working on camera and has worked extensively on stage, but her performance as Matlida clearly explains that she is a born star with a lot of potential. Continue reading and discover some fascinating facts about this rising Irish star. 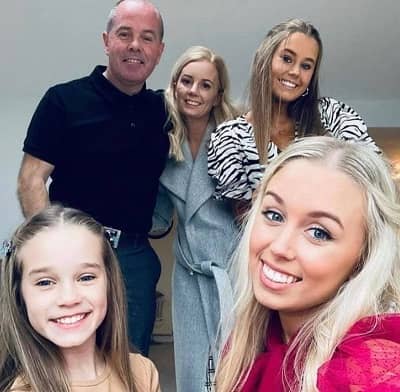 How Old is Alisha Weir?

Alisha Weir (age 13) came into this world after taking birth on September 26, 2009, in Dublin, Ireland. Her father, Mark Weir, works in the automotive industry, and her mother, Jenny, is a homemaker. She gained the inspiration to become an actress from her elder sister, Katie Weir, a famous theatre artist based in Dublin.

According to sources, Ali began her journey as a dancer and then transitioned into an actress. She loved the concept of musical theater and kept exploring it. According to her CV, at 3, she connected with Maureen V Ward Talent Agency and worked on several theatre/stage shows, including “Christmas Stars,” “Once The Musical,” “Annie,” and “Wizard Of OZ.” 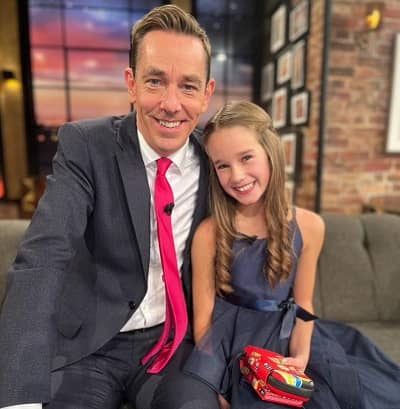 With time Weir’s acting skills got polished with her extensive participation in stage shows, but she did not ignore dance. In 2017, Alisha learned about casting auditions for a movie and appeared at the venue where Michael Tully recognized her talent and offered the role of Siobhan Callahan in “Don’t Leave Home.” It was a horror thriller featuring stars like Mark Lawrence, Bobby Roddy, Anna Margaret Hollyman, Karrie Cox, and David McSavage.

Soon after “Don’t Leave Home,” Ali landed a part in a short movie, “Day Out,” the story of which revolved around a father whose day out with his daughters leads to unsettling results. After working in a couple of movies, the time came for Weir to step into the TV industry, and she did that with a show called “Darklands.” 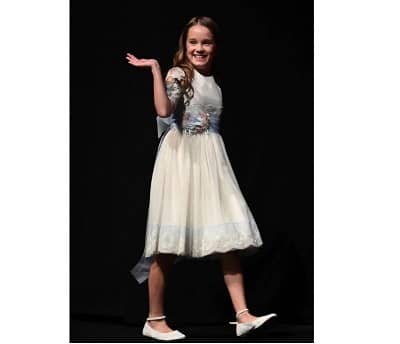 Alisha’s first small-screen project was based on a fictional character named Damian, an MMA fighter who tries to escape his notorious neighborhood but gets involved with drug gangs and gun violence after his brother’s abduction.

The little actress also worked as a voice artist for “Two by Two: Overboard!” and gave her voice to Primerose before getting her big break in “Roald Dahl’s Matilda the Musical.” 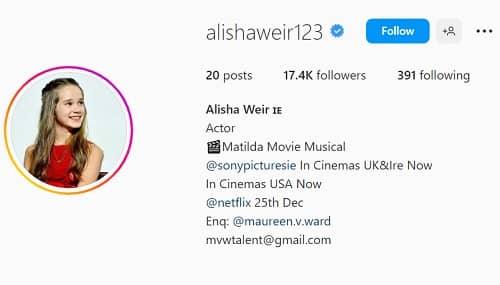 Ques: How old is Alisha Weir?

Ques: When was Alisha Weir born?

Ques: Who played Matilda in “Roald Dahl’s Matilda the Musical”?

Ques: Who are Alisha Weir’s parents?

ABOUT US
Celebsweek.com is more than just a platform for emerging stars to promote themselves, it's a one-stop-shop for discovering, supporting, and connecting with the next big names in entertainment.
Contact us: A[email protected]
FOLLOW US
© Celebsweek.com 2020 - 2023