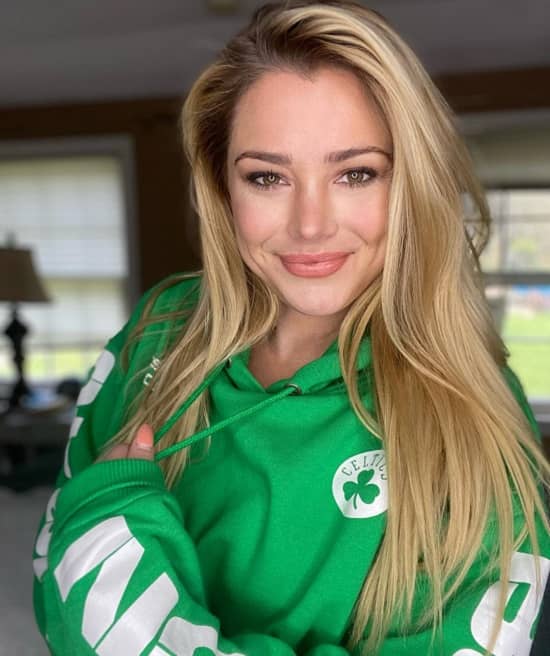 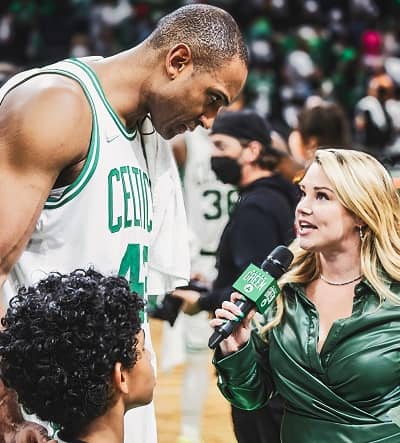 Amanda Pflugrad (born on October 7, 1990) is 32 years old popular sports reporter/host at Boston Celtics. Her association with the team is more than 7 years old, and before that, she worked for ESPN as a sideline reporter for women’s gymnastics.

In 2022, Boston Celtics became the center of attention not for its achievements but because of its head coach, who violated the team guidelines by maintaining a romantic relationship with a female staffer. The team management of the Celtics took the violation seriously and suspended Ime Udoka for the season 2022-2023.

Although Boston’s former coach has received due punishment, the name of the female dating him is still behind the curtain. The Celtics have not given any name, which is why people are speculating and using the names of female staffers without any confirmation. 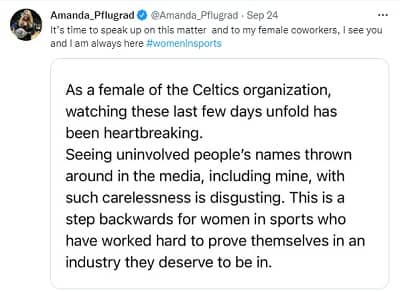 Nobody spoke against such unethical speculations until the Pflugrad condemned it and called it disgusting. Pflugrad Tweeted on September 24, 2022, and raised her voice. 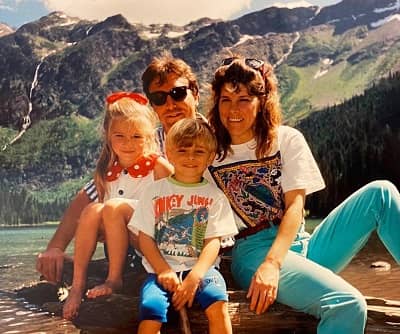 How old is Amanda Pflugrad?

On October 7, 1990, Amanda Pflugrad (age 32) took birth at her parents’ home in Missoula, Montana, America. Sources revealed that she and her brother, Aaron grew up in Boston, Massachusetts, and attended the same school.

We do not have data regarding Pflugrad’s father and mother, but we found the reporter’s childhood image where she can be seen with her family.

The beautiful lady has been interested in sports, especially basketball and baseball, since she was a child. According to Amanda’s LinkedIn profile, she joined the University of Oregon in 2006 and completed her graduation in Journalism, Broadcasting/Communication Studies in 2010.

During college, Pflugrad used to participate in different activities; her name was on the 2009 dean’s list, and she was also the captain of the college cheerleading team. 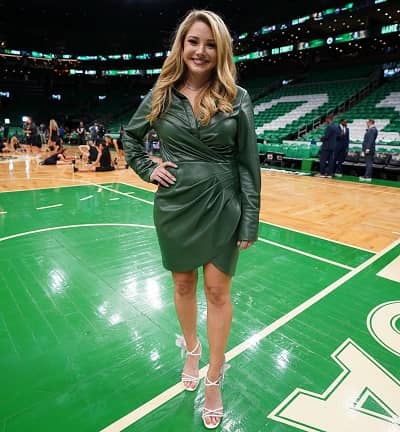 Amanda started working when she was in high school; her first job was as Jim Warsaw’s assistant at Warsaw Sports Business Club, but she did that job for only 5 months. After WSBC, Amanda worked for Altitude Sports and Entertainment and other companies, including E! Networks, ESPN, SheKnows Media, FOX Sports Arizona, and Travel Channel International.

After working for numerous reputed establishments like WNBA, NBATV, and CBS, Plufgard joined Boston Celtics in 2015. Her way of delivering news and interviewing players is unique, which is why BC fans love her. 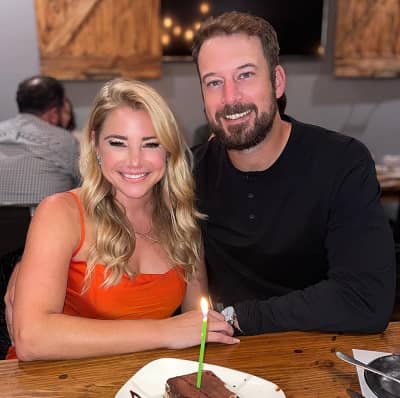 The Boston native is not married, but she is currently maintaining a romantic relationship with a handsome guy. As our research revealed, Pflugrad’s boyfriend is Billy McSheff, a Springfield College graduate currently working at St. John’s Preparatory School as head strength & conditioning coach.

If you want to know more about Amanda’s personal life, then you can follow her social media handle. Talking about social media handles, we want to tell you that Pflugrad is also a Social Media Influencer. She has more than 32k followers on Instagram (amanda_pflugrad) and around 33k fans on Twitter (@Amanda_Pflugrad).

Ques: What is Amanda Pflugrad’s age?

Ques: When was Amanda Pflugrad born?

Ques: How much is Amanda Pflugrad’s salary?

Ques: Who is Amanda Pflugrad’s boyfriend?