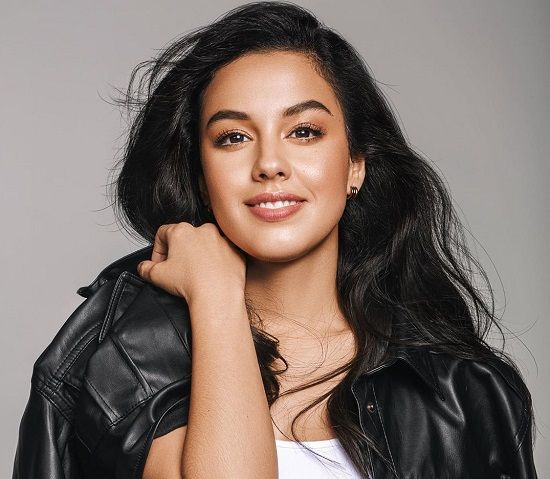 Ana María Estupiñán (April 7, 1992) is a Colombian actress and singer from Bogotá, Capital of Colombia. She began her journey in the acting field at the age of 12 as a theater artist.

In 2008, she made her first debut in the “Oye Bonita” TV show and acted till 2010. Later she got a chance to work on a show called La Pola in 2010, in which she did 85 episodes from her first episode released on October 28, 2010, and perform the role of Young Pola Salavarrieta.

This beautiful Colombian Female actress got her fame in the entertainment when she won the Newcomer of the Year award in 2011. After winning this award, she started to achieve success in her acting career.

Let us tell you that Ana María Portrayed the role of Irene alongside actor Carlos Torres (Joaquín) in 2020 All for Love (Amar y Vivir) Colombian Tv series. Ana María made her first appearance in this Netflix Romantic series on 7 January 2020 aired episode and currently completed 63 episodes.

Ana María Estupiñán was born on 7 April 1992 by her mother, Liliana García, in her father, Juan Carlos Estupiñán, the house at Bogotá, Colombia. As of 2020, Ana María’s age is 28 years old, and her zodiac sign is Aries.

While she was studying at the Colombian private school, she took admission to the academy of Caracol in 2004 for learning acting skills. She started her acting journey by becoming a part of the school, and City Theater shows in her acting early days.

She is a married actress. Ana María Estupiñán Husband, Mattias Bylin, working as a Young pilot for the Passion for Aviation. The Love pair started dating in 2017.

In 2018, when the couple arrived in Orlando to celebrate Maria’s birthday, on the same day, Bylin proposed to Estupiñán for the engagement.

After strengthening their love relationship, this cute couple got married in February 2020, and they have shared pictures of this on their Instagram account.