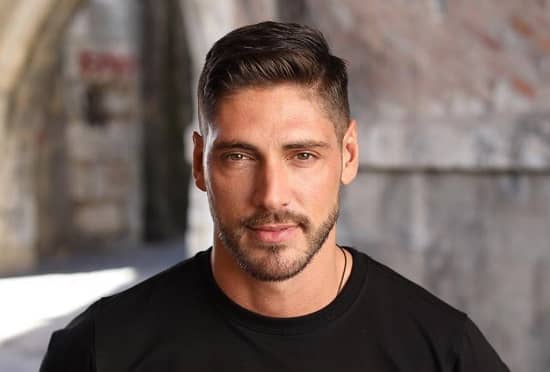 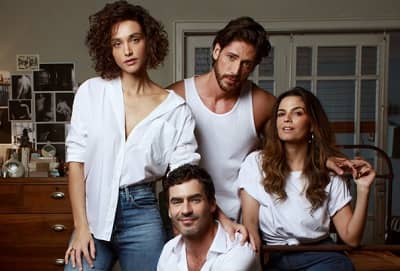 Ângelo Rodrigues (born on September 9, 1987) is a 35-year-old Portuguese actor and model who has worked on more than 2 dozen shows and movies. He began his career as a theatre artist and later joined the acting industry.

Eventually, he started modeling and walked on a ramp for exclusive brands. You might have seen him in movies like “Linhas de Sangue,” “What’s New About Love?” “Algo de Bom,” “Luxúria” and “Beauty and the Paparazzo.” He also worked on many shows like “Morangos com Açúcar,” “Deixa Que Te Leve,” and “As Canalhas.”

In 2022, Ângelo became the center of talks after appearing in the new Netflix series “Lady Voyeur.” It is a Luciana Oliveira-directed thriller featuring Débora Nascimento as Miranda, a gifted technology geek whose life path changes after she meets the love of her life. 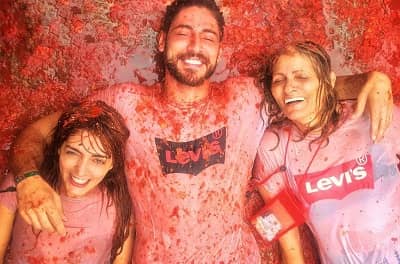 On September 9, 1987, Ângelo Rodrigues (age 35) was born in Espinho, Portugal. We have not found his father’s name, but we learned that his mother is Teresa Araújo. The actor is the eldest child at home and has a younger sister named Mariana Rodrigues. His first encounter with theatre, as per sources, was in 2002.

He began attending Colégio Liceal de Santa Maria de Lamas in Santa Maria da Feira when he was 15 years old. He staged his debut performances in the college’s unused auditorium with the director’s approval. He produced plays that he authored, directed, and performed in, always making an effort to involve his peers. 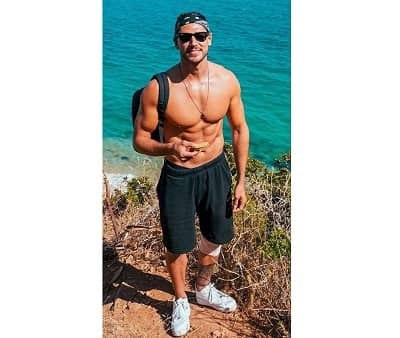 After school, he moved to Lisbon and joined the University of Lisbon to study Performing Arts. Soon after entering college, he landed a role in “Doce Fugitiva” and debuted in the T.V. industry, but he left it to join “P.I.C.A.” Viewers appreciated him for his tremendous acting, and that gave a boost to his acting career.

One after another, he worked on numerous productions in the next couple of years. In 2008 he appeared on the big screen with “PICA – O Filme,” and just after that, he starred in another movie, “A Esperança Está Onde Menos Se Espera.”

At 23, Angelo Rodrigues made history as the youngest prime-time protagonist. He received a nomination for the Golden Globes, an occasion that honors achievement in art and entertainment.

His charm and personality are suitable to walk on modeling ramps, which the modeling agencies made no mistake in realizing. When Ângelo received his first modeling project, he was a bit nervous but took it as a challenge. 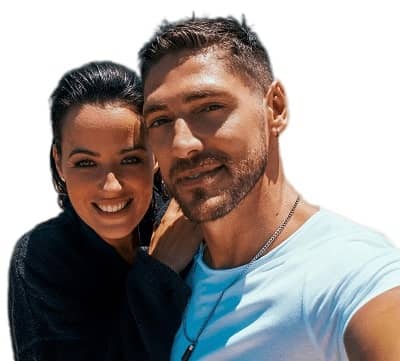 Who is Ângelo Rodrigues’s Wife?

When our team checked Ângelo Rodrigues’s Facebook account, we found that he is married to a beautiful woman whose name is unavailable.

Rodrigues is not one of those celebrities who love controversies; maybe this is why he is not revealing his wife’s name. The actor loves to travel, which is why his Instagram account (angelorodrigues_oficial) is filled with his traveling pics.

Ques: When was Ângelo Rodrigues born?

Ques: What is Ângelo Rodrigues’s nationality?

Ques: How tall is Ângelo Rodrigues?

Ques: What is the Instagram username of Ângelo Rodrigues?