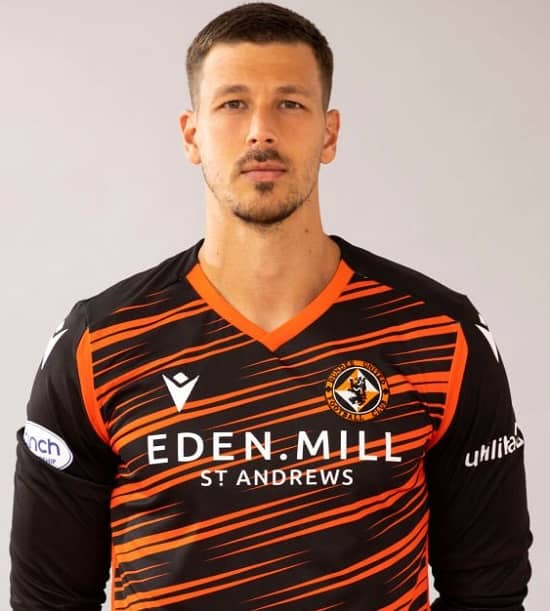 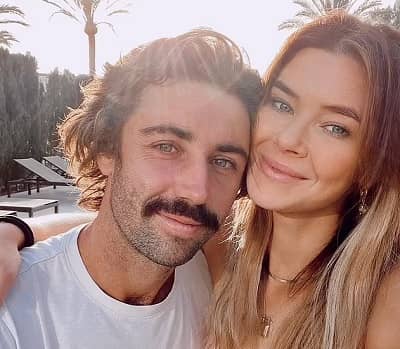 Benjamin Siegrist (born on January 31, 1992) is a 30-year-old Swiss footballer representing Celtic Football Club in Scottish Premiere League. He has been playing for his country since 2009 and was also in his national team’s squad during the 2012 Olympic Games. Some other teams that Ben represented in his career are Dundee United, Vaduz, Wycombe Wanderers, and Cambridge United.

On January 10, 2023, Siegrist became a topic of talk after it got revealed that he is dating Australian TV star Brittany Hockley. Yahoo Lifestyle confirmed this news and also shared a snapshot from Brittany’s Instagram reel where Benjamin can be seen clearly. Hockley has been keeping it a secret for a long time, but now everybody knows about her romantic attachment to the Swiss goalkeeper. 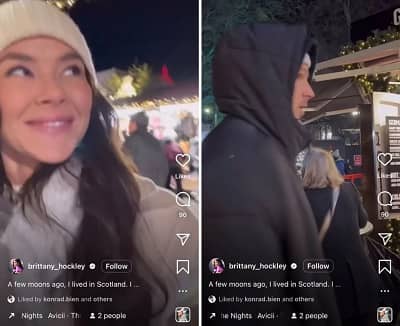 Since the news of Ben and Hockley’s affair has come out, people have been continuously talking about them. FYI before Siegrist, Brit (35) was in a relationship with the Australian Tennis player Jordan Thompson (28).

Despite their age gap, they looked happy together, but in November 2022, during a podcast, Hockley revealed that she was not satisfied because, being with Jordan, she was always on sports tours which ultimately affected her career.

After breaking up with Thompson, she again found love. Just like previously, her new partner is also an athlete, and it would be interesting to see if she can maintain the relationship with Siegrist. 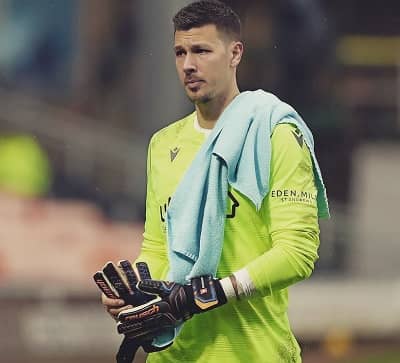 How Old is Benjamin Siegrist?

On January 31, 1992, Benjamin Kevin Siegrist, aka Benjamin Siegrist (age 30) took birth at his parents’ home in Therwil, Switzerland. He fell in love with football at 6 and represented his school at multiple events. His father and mother always supported him and provided him with all the necessary facilities required to become a football star. 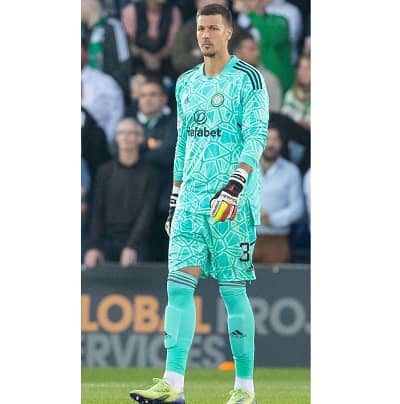 In 2012 Aston Villa promoted Siegrist to the senior team, but in the next season, he was loaned to a Staffordshire team Burton Albion.

After spending 2 years with Vaduz, Siegrist joined the Scottish Club Dundee United in 2018. He became Robbie Neilson’s first choice, unlike Csaba László, who preferred Matej Rakovan over him.

Benjamin proved his worth with a total of 131 saves throughout his career with Dundee. In 2022 he signed a 4-year deal with the Celtic and played his first game against Ross County FC. 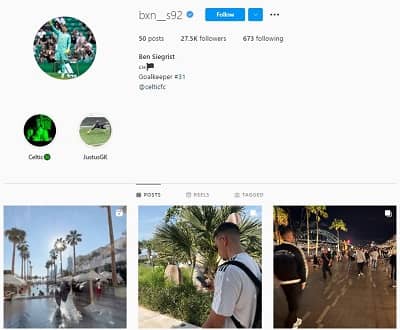 Ques: What is Benjamin Siegrist’s age?

Ques: What is Benjamin Siegrist’s nationality?

Ques: How tall is Benjamin Siegrist?

Ques: How much is Benjamin Siegrist’s net worth?