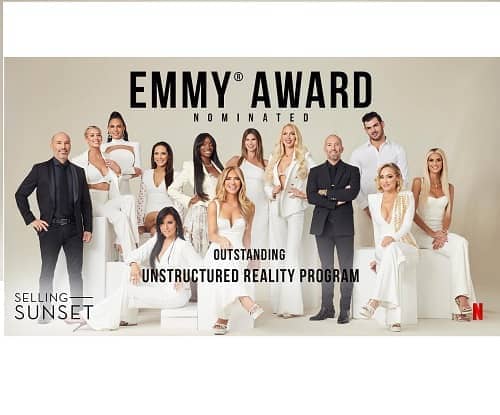 Brett Oppenheim (born on April 12, 1977, Age 45) is the vice-president and broker of The Oppenheim Group Real Estate; he is the highest-producing agent in the region; his name is consistently mentioned in Los Angeles’s Top 25 Real Estate Agents.

Another reason for Brett’s enormous popularity is that he is a star of Netflix’s successful series “Selling Sunsets,” and he is returning with a spin-off reality program, “Selling The OC,” in which he is expanding his firm to create a second office in Newport Beach. This show is already set in motion with 12 brokers ready to negotiate to get a sale of their property. Brett currently lives in Hollywood Hills; from here, he does all his work renovating or developing properties for his portfolio or even advising his clients on their projects. Coming to his family life, Brett Oppenheim was born on April 12, 1977, in Palo Alto, California.

It was his great-great-grandfather, Jacob Stern, who established the roots of real estate in the family; this business has been in the family for five generations; Brett has a twin brother, Jason Oppenheim, who is also in the same line of work.

Before following his family business, Brett & Jason were quite difficult kids, always getting into fights, underage drinking, and whatnot; their mother, Deborah Oppenheim, had sent them to a correctional camp in Idaho to get their behavior on track, and they were 13 years old. After their return, they fell back to their old ways, and the twins were expelled from 6 high schools; it was then their father, Bennett Oppenheim, a Vietnam War veteran stepped in to knock some sense into his sons. They left all their rowdy behaviors and set out on successful futures; Brett barely graduated high school, but when he got into UC Berkeley for his bachelor’s degree, his stride began, and he started to graduate top of his class and received the Phi Beta Kappa it’s the highest honor a university can ever give, he then got into UCLS to study law.

After graduating, he practiced law for a few years; he worked at two International law firms, Skadden, Arps LLP, and Latham & Watkins LLP, before joining the family business. Who is Brett Oppenheim’s Girlfriend

This 45-year-old Brett had brought his girlfriend, Tina Louise, on the show “Selling Sunset” in season 5; Tina is an Australian model and also a co-owner of restaurants such as Sugar Tacos, Azucar Tequila, and The Plant Butchers; they began dating in 2021 and were regularly sharing pictures of them holidaying on Instagram, their relationship lasted for 8 months, and they broke up in December the same year, the reason is unknown, they are now close friends though. Oppenheim has a new lady in his life now, Samantha Abdul; she is a tattoo artist; they were first spotted together on August 13; they often met as she lives in Hamburg, Germany; there is a little distance between them, but this doesn’t stop them, they were seen together in a recent trip to Budapest. According to sources, the couple is taking things slow and getting to know each other better before confirming their relationship. How did Brett Oppenheim become a successful businessman?

Oppenheim began his career as an attorney, and he had been defending investment banks against liability when he realized this was not what he wanted to do and left to join the real estate business; Brett had put his heart and soul into this career for the past 10 years to be where he is right now.

Today, Brett is identified as one of the best brokers in Los Angeles, all thanks to his ability to sell to celebrities and also to Netflix for giving them a platform to come up with 2 hit shows, “Selling Sunset,” which also earned a Primetime Emmy Award nomination for Outstanding Unstructured Reality Program, “Selling The OC” has already audiences on high alert, so they don’t miss out any of the fun.

Brett has also traveled to over 75 countries on five continents to represent his clients and purchase luxury properties; he has also been a guest speaker for leading corporations and universities, educating and inspiring thousands on how real estate works. 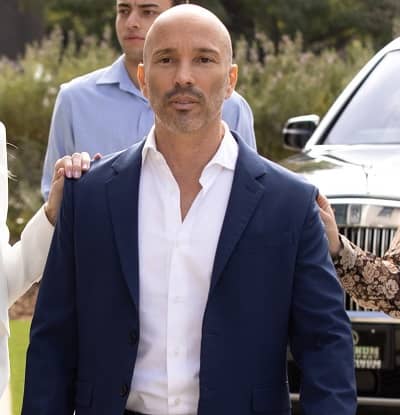 Ques: When was Brett Oppenheim born?

Ques: What show does Brett Oppenheim star on?

Ques: What is Brett Oppenheim’s height?

Ques: What is Brett Oppenheim’s net worth?