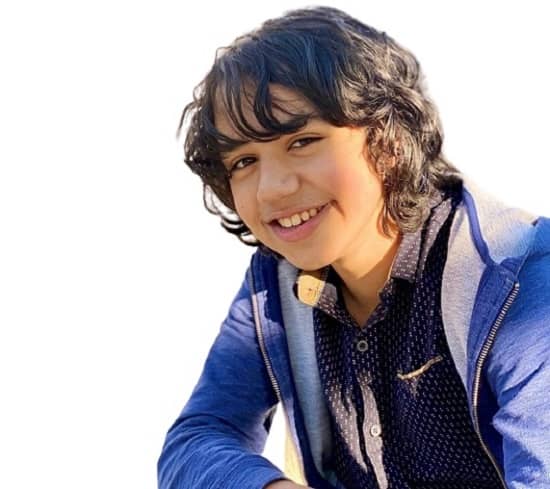 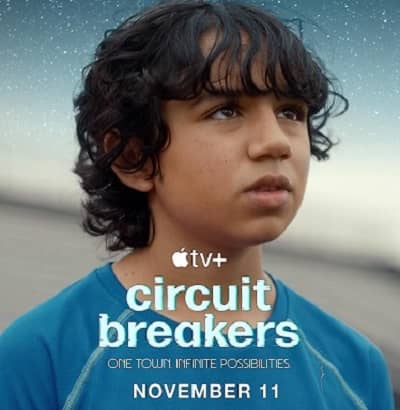 Callan Farris (born on July 17, 2007) is a 15-year-old star from Los Angeles, CA, who gained fame in 2016 after becoming part of a sitcom titled “Dr. Ken.” In the following years, he did more shows like “Stuck in the Middle,” “Gabby Duran and the Unsittables: Baby Sitting 101,” and “I Feel Bad.” At 10, he joined the film industry, and his first movie became “Corrida.” The same year he starred in “Kings” and never looked back after that.

In 2022, Callan’s popularity reached sky-high after he appeared as the protagonist, Jacob, in a brand new series, “Circuit Breakers,” which went online on November 11 worldwide. It is a sci-fi family drama in which Melody Fox showcased kids’ issues from a different perspective. Here in this show, you will find budding stars like Arielle Halili, Veda Cienfuegos, Tre Carty, Gavin MacIver-Wright, and Quincy Kirkwood alongside Lindsay Owen Pierre. 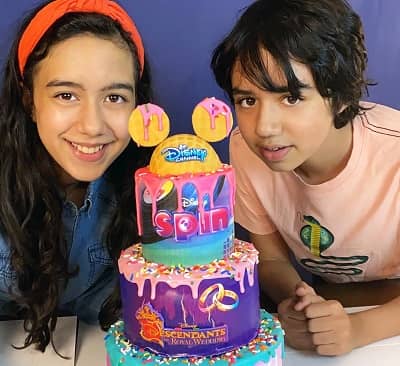 How Old is Callan Farris?

On July 17, 2007, Callan Farris (age 15) was born to his parents in Los Angeles, California, America. According to sources, Call’s father, Mark, is caucasian, and his mother, Asha, is of Indian origin. Growing up as bi-racial kids, Callan and his sister, Isla, got to embrace two different cultures.

Now many of you might want to know how the young guy became an actor; well, we do not know what motivated him to try luck as an actor, but according to sources, Callan used to watch Disney shows a lot, and that caused him to develop a love for acting.

When his mom learned he wanted to work as an actor, she connected with a talent manager who guided the young dude and helped him find auditions. 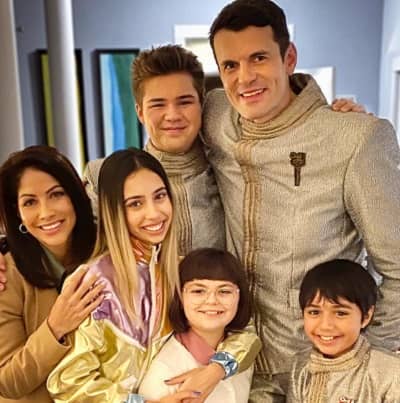 After multiple auditions, Callan landed his first acting job after getting picked to play a minor role in the TV series “Dr. Ken.” The same year, he starred in Michael Fresco’s TV movie “Square Roots,” and his performance as Owen was so good that everybody started recognizing him as a budding artist. In 2017 he worked on 5 productions, including “Corrida,” “Kings,” “SEAL Team,” “Teachers,” and “Brothered Up.” 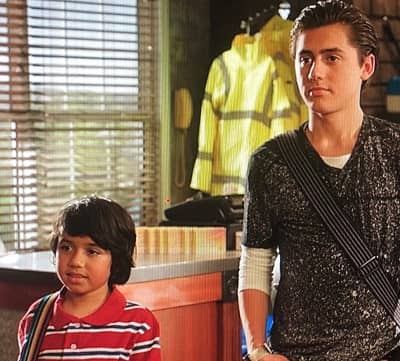 In 2018 he joined the cast of a Disney show, “Stuck in the Middle,” as a lead artist, and from thereon, he began receiving better opportunities. A year later, he amazed everybody with his performance in the mini-series “Gabby Duran & The Unsittables.” It was a Heather Hawthorn Doyle-directed family drama that aired between 2019 to 2021.

Meanwhile, he worked on many hit films, including “C’mon C’mon” and “Remind Me.” The year 2022 proved to be a banger for Call’s career because he not only appeared in “Grimcutty” and “Above Us” but also played an influential role in the AppleTV+ series “Circuit Breakers.” 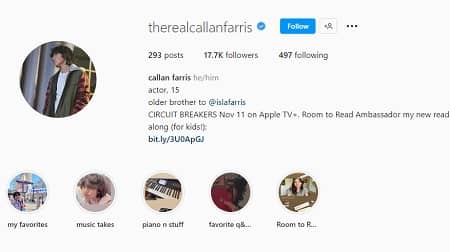 Ques: How old is Callan Farris?

Ques: What is Callan Farris’ ethnicity?

Ques: Who are Callan Farris’ parents?

Ques: Is Callan Farris the brother of Isla Farris?