Carla Sehn (born on August 1, 1994) is a 28 years old Sweden-born actress who is significantly known for her work in Scandinavian TV and Film industry. You might have seen her in the 2021 mini-series “Anxious People” as Julia. Her presence in the acting industry has been since 2017, and in the past few years, she has worked in some successful productions.

The second installment of the series, which took Carla to the heights of success in 2020, was released in 2022. The show is none other than “Love & Anarchy,” a romantic drama where director Lisa Langseth filmed Carla Sehn alongside Ida Engvoll, Björn Mosten, Gizem Erdogan, etc. 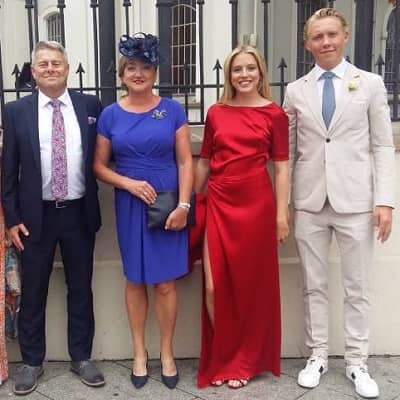 On August 1, 1994, Carla Sehn (age 28) took birth to her father, Arthur Sehn, and mother, Marta Sehn, in Stockholm, Sweden. Many people are unaware that Carla is Swedish by birth, but her parents are of Polish origin.

As a kid, she dreamed about becoming a musician, which is why she attended Lilla Akademin and learned piano for 10 years. Besides playing instruments, Carla was also very good at studying and being a scholar; she participated at the University of Exeter to study psychology.

Besides UE, Sehn also attended Stockholm Business School. Later, Gena Rowlands’ movie “A Woman Under The Influence” inspired her to become an actress. The actress was pursuing BFA at the Stockholm Academy of Dramatic Arts when she began doing acting jobs. In 2017 Carla got to play a role in a short movie named “Half Brother,” a Yana Martsynkevych-directed film in which a girl named Ania (played by Sehn) tries to unveil the secret behind her half-brother.

The acting Swedish actress was so moving that in Sveriges Kortfilmsfestival 2017, she won an award in the Best Actor category. After the first film, Carla got head-hunted by various film and show makers, with which her career took off. 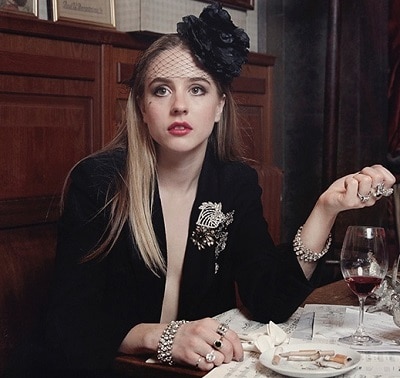 Soon she found a place in Gabriel Alvim’s movie “Bloom: 1st collection of poems,” and she never looked back after this project. From 2018 to 2021, she did two more films, “Till Sun Rises” and “Sagan om Karl-Bertil Jonssons julafton.”

On one side, where Sehn earned for her TV shows, on the other, her tv career also started. She began her television journey with the murder mystery “The Sandhamn Murders” and moved on to more significant projects like “Älska mig,” “Love & Anarchy,” and “Sjukt.” If you follow Sehn on Instagram, you might know she is currently in a relationship with a handsome young guy named Victor Blomberg. Photos indicate that they have been in this sweet relationship for more than four years.

We found that they met for the first time at the University of Exeter; from there, they developed a liking for each other. With time this liking became obvious from each side, and Victor chose the right moment to tell his feelings to Carla. At present, they live together in Stockholm.

Ques: Who is Caroline Dahl in “Love & Anarchy”?

Ques: How old is Carla Sehn?

Ques: From where is Carla Sehn?

Ques: When was Carla Sehn born?

Ques: How tall is Carla Sehn?

Ques: Who is Carla Sehn’s boyfriend?

Ques: What are the names of Carla Sehn’s mother and father?

Ques: How many siblings does Carla Sehn have?

Ques: How much is Carla Sehn’s net worth?