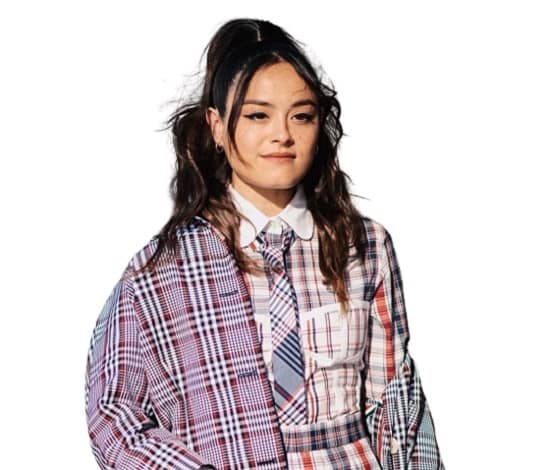 Chase Sui Wonders (born on May 21, 1996) is 26 years old American actress famous for her role as Riley in Daniel Barnz’s comedy-drama titled “Generation.” In 2022, Sui’s popularity catapulted after she landed the role of Emma alongside Rachel Sennott in “Bodies Bodies Bodies.”

It is a fictional story of a group of youngsters who at a remote mansion organize a party that turns into a horror night for them. The film’s first screening was at the Southwest Film Festival, followed by Sundance London Film Festival on July 12, 2022.

Wonders is the niece of the famous American designer Anna Sui known for her collaborations with brands like Ralph Lauren, Diane vo Furstenberg, and Yves Saint Laurent. There is more in this article about Chase, so if you are keen to know about her, keep reading. Chase Charmayne Sui Wonders (age 26) took birth on May 21, 1996, at her parents’ home in Detroit, Michigan, U.S. As per sources, Sui’s father is Chinese, whereas her mother is Caucasian. As per Vogue, the Wonders family owns a family business in which Chase and her sisters Jeannie and Isabelle are also involved.

While living in Detroit, Sui and her siblings attended a local high school. After schooling, this American artist joined Harvard University and completed decided to pursue Bachelor’s Degree in Film Studies & Production in 2018. While at Harvard, she also wrote for “The Harvard Lampoon.” If you have any doubt about this news, let us assure you that it is true Melton and Sui are in a relationship. We have confirmed this from our trusted sources. The famous website E-Online also wrote an article about this spicy news.

On July 17, 2022, Charles shared an image on her Instagram where she and Charles could be seen enjoying their time in the stadium. We also found a photo where they can be seen kissing each other. If you want to stay updated about Sui’s affair with Melton, you can follow her IG handle. According to records, in 2018, she appeared in her first short film, “Salute on White,” where she had the opportunity to work with the famous and very talented “Breaking Bad” actor Larry Hankin. Her next project was also a short film titled “Warpaint for the Teenage Soul,” a film directed by Rebecca Woolf that featured actors such as Mika Abdullah and Shawna Della-Rica.

By the starting of 2020, Sui’s career started picking up after she appeared in TV series titled “Betty,” an HBO comedy-drama involving a group of skateboard-loving girls trying to earn a place in a male-dominated sport. The same year she was in Bill Murray’s starred romantic-comedy “On the Rocks.” From 2021 to 2022, she appeared in some more projects like “Generation,” “Wake,” “Beau,” and “Bodies Bodies Bodies.” Images on Chase’s Instagram account (@chasesuiwonders) suggest that she also works as a model for different clothing brands. Ques: What is the name of Chase Sui Wonders’ sister?