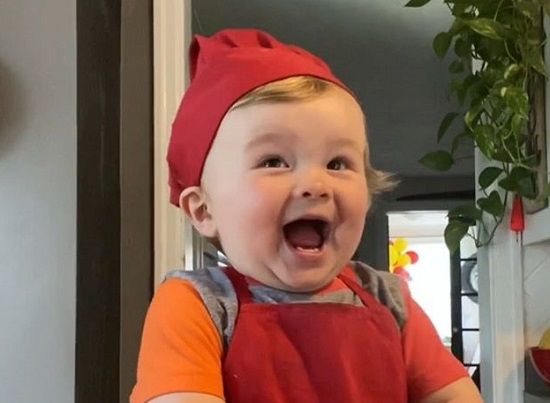 Chef Kobe, You must have seen many famous chefs whose cooking style and food are praised worldwide. The video of one such chef is becoming very viral on social media, but surprisingly, this chef is not a young man but a small child, just one year old.

In Lockdown, people learn to make different things in the kitchen, but this little chef Kobe teaches people how to make new things. The video of the child has earned a lot of praise on social media.