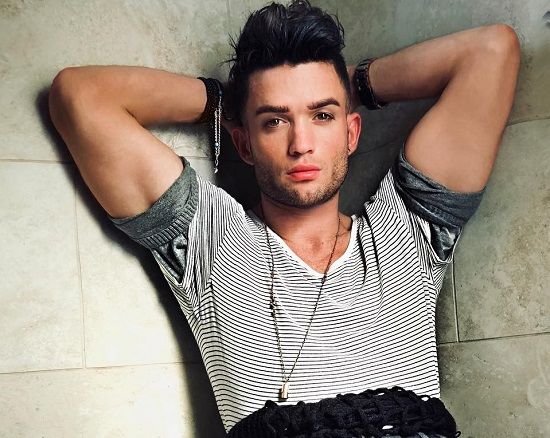 Chris Trousdale (Born on June 11, 1985) was a member of Dream Street Pop BoyBand, Dancer, Recording Artist, and American Actor from New Port Richey, Florida. Unfortunately, it is sad to say that, but he died due to the COVID-19 (Coronavirus) on June 2, 2020, in Burbank, California, USA.

He is best known for his self- titled role in Drama film The Biggest Fan with Dream street team (Frankie J. Galasso, Greg Raposo, Matt Ballinger, and Jesse McCartney).

Many American celebrities and his Dream street Former partner Jesse McCartney give him tribute on their social media accounts.

Jesse McCartney stated that Trousdale was a brilliantly charming personality with immense talent and an incredibly trained dancer who would get a whole dance number in a matter of minutes.

His Manager, “Amanda Stephan,” Confirm his Death to all the News channel.

He left the world at a very young age, his entire family, friends, and the world are sad by the loss of a brilliant man and actor. On behalf of Celebsweek, we will give some information about Truesdale Life Journey while giving tribute to him.

Christopher Ryan Pask took birth by his parents to the world on June 11, 1985, in Port Richey, Florida, and grew up in Dearborn City of Michigan. Spike Trousdale was an excellent artist since childhood; he attracted by the bright lights of the stage at the age of three.

In 2006, He moved back to Michigan to take care of his mother when his mother was too ill. However, Chris Trousdale doesn’t share much more about his parents and other family members.

In Industry, he makes his Spike Hairstyle his Trademark, which reason people also known with his other name Spiky Trousdale.

At the age of 8 years, Trousdale started his Broadway career in Les Misérables (musical) Productions, where he featured with American Actress and singer Ashley Tisdale.

After the two years, he moved to New York City where he joined the Broadway production at the same city he became the part of The Broadway Kids Signing Group.