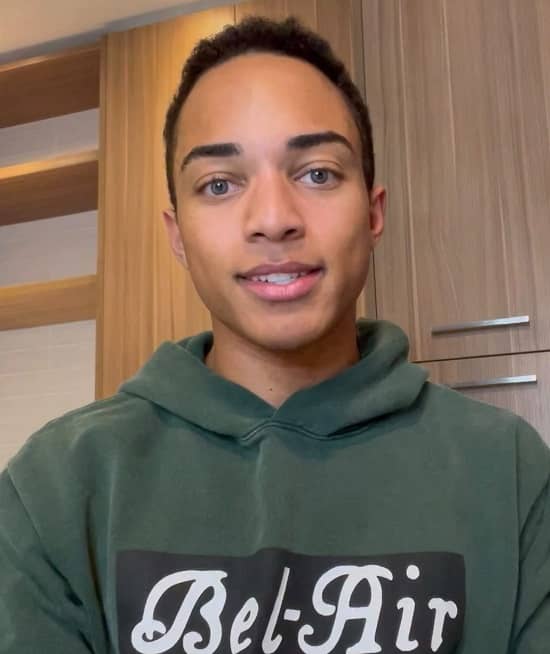 Christian Walker (born on September 30, 1999) is an Activist and a social media personality who never backs down from sharing his views and opinions matter who the other party is. Walker has been a firm believer in speaking the truth and sticking to what is right; he did not shy away when it came to his father, Herschel Walker as well.

Christian lashed out at his father, who is running for Senate as the Republican nominee in Georgia, for talking about his “pro-life” stand against abortion rights; things got complicated when the publication Daily Beast accused the politician of paying for his girlfriend’s abortion in 2009.

This statement made the headlines like wildfire, and the nominee straight out denied every bit of the report; in an interview on Monday evening with Fox News, Herschel denied the abortion allegations and said he never did such a thing; he is going to fight to clear his name no matter what, he said that these accusations were just dishonest and a part of dirty politics. 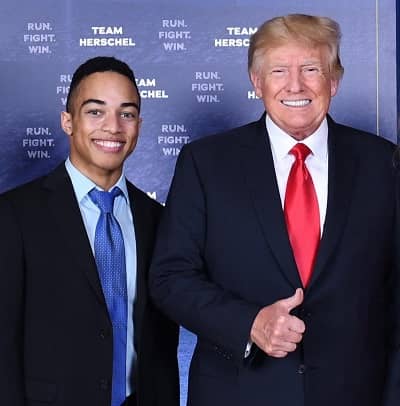 But things got out of hand; when his very own son spoke against him, Christian let out a series of angry tweets, stating what a terrible father Herschel was; he had abusive behavior, and he is no “family man.” The youngster did not like the idea of his father going around claiming to be an upright, moral, Christian man who has done nothing but destroy his and his mother’s lives; he is just lying to everyone and as he has had a bunch of affairs with women and has even gone on to threatened to kill them.

Christian also went on to write in a tweet that “You have 4 kids that we know of, and you weren’t in the house raising ONE of them; you were out cheating and lying,” this was, however, later deleted; The Daily Beast confirmed it that the Republican had two sons while being still married and an adult daughter, he is also the same person who criticized absentee father and had some strong views against it.

Herschel will be against Democratic Sen. Raphael Warnock; it can turn into a crucial situation, but if Walker wins, this will not be the first time candidate has overcome accusations of funding abortions. 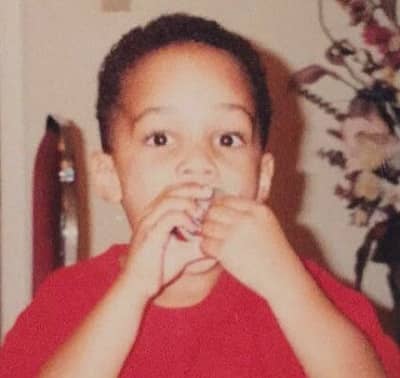 Who is Christian Walker’s, Mother & Father?

Christian Walker was born in Dallas, Texas, the US, on September 30, 1999; he is the only child of Cindy Grossman and Herschel Walker; his parents are no longer together; they were married for over two decades, and they met at the University of Georgia, where Herschel was a football star, and she ran track.

Soon after, their son was born; Herschel retired from professional football, and that’s when things began to go bad; he repeatedly threatened Cindy during their marriage and even held a gun to her head and said he would blow her brains out. 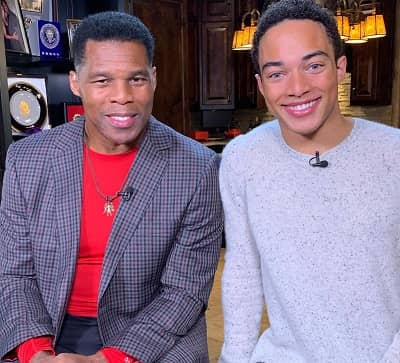 She opened up about her marriage in an interview with ABC News in 2008; she had to move with Christian six times over the course of six months, trying to run away from the violence caused by him; at last, she got a restraining order against him to protect herself and her son.

Christian grew up seeing his mother suffer and decided never to let any woman go through this; he attended the University of California, Los Angeles, and became a voice against any crime or social issue. 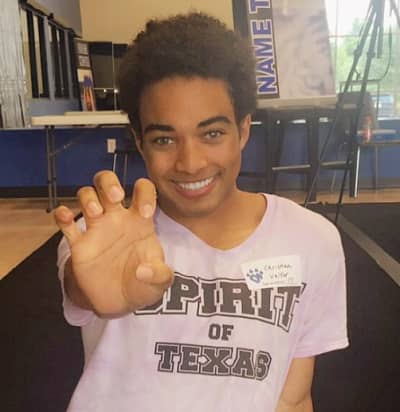 Christian has not openly come out as gay, but he did mention being attractive to men more than to women, but he hates being called gay as, for him, it is a political connotation of liberal, “I will make up my own terms for myself, and it’s ‘attracted to men,” this was one of his statements.

He is often seen mocking gay pride events and symbols, like their rainbow flags and pride month, which earned him criticism in the LGBTQ community. 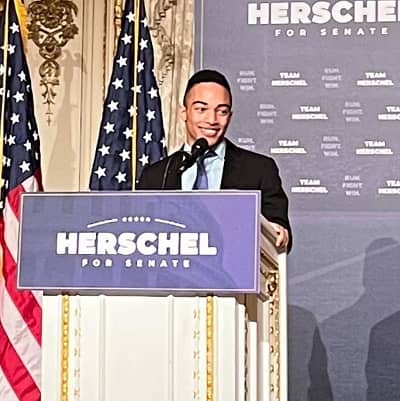 Herschel Walker’s son 23 years old Christian, became a proactive social media influencer who has views and opinions on all pressing issues, from the Black Lives Matter movement to “wokeness” to “cancel culture” and gay rights, and he openly calls himself a “free-speech radicalist.”

His Twitter has 276,000 followers, and more than 500 K people follow his Instagram handle; he had hopes of becoming and acting and was all set on that path, but the pandemic happened, and he had to put a hold on those plans; that’s when he got caught up in the political world, he just couldn’t stop himself from raising his voice and presenting his conservative thoughts to the world via social media. 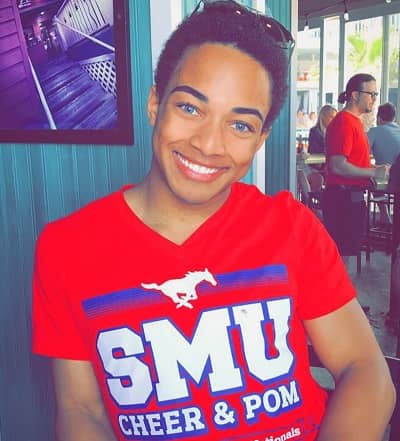 These stunts also provided him with publicity and criticism, but he didn’t care and started talking about all political events. He later became a member of Log Cabin Republicans, an organization that advocates equal rights for all LGBTQ members; thanks to this organization, he managed to endorse former President Donald Trump.

Walker showed his support by taking Trump’s campaigns to the street and becoming a conservative populist. This is not all; he has also lived a glamorous life as a cheerleader; he has been on the cheering team for Spirit of Texas and was also a cheerleader at his former university, Southern Methodist University. Walker has been a part of several controversies; a few were, clashing with administrators on vaccine mandates; he has received threats from liberal students who have opposed his political beliefs, gas prices, etc.

Que: How old is Christian Walker?

Que: Who are Christian Walker’s parents?