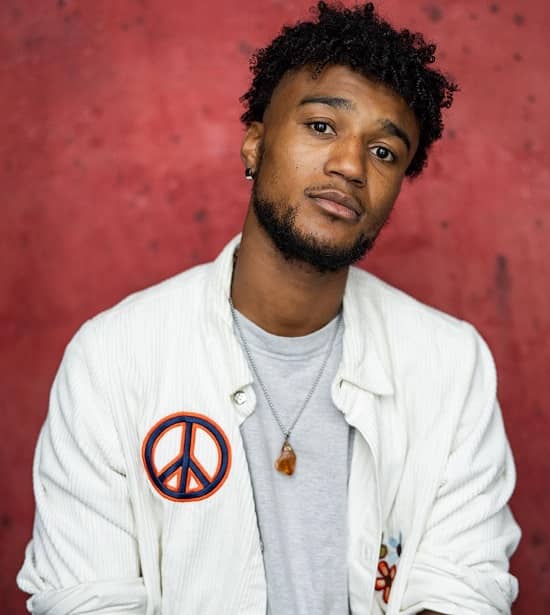 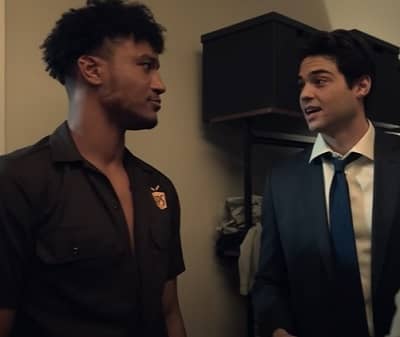 Who is “The Recruit” Actor Daniel Quincy Annoh?

Daniel Quincy Annoh (born on June 22, 1993) is a 29-year-old artist based in London, United Kingdom. He is a budding actor who has worked on a 2019 show called “The Real Story of” where he played Baby Daddy. According to his resume, he learned acting at the Identity School of Acting, following which he worked on 10 short films, 6 music videos, and several stage shows.

In 2022, Daniel rose to fame after appearing as Terence in the Netflix series “The Recruit,” which came out on December 16. It is a crime drama where Alexi Hawley filmed Quincy alongside superstars like Noah Centineo, Katharine King So, Alexandra Petrachuk, and Victor Andres Turgeon-Trelles.

Currently, he is working on Nathanael Wiseman’s documentary film “Ten Count” as the camera operator. Although the movie’s release date is not out, our sources have confirmed that the makers will release it next year. 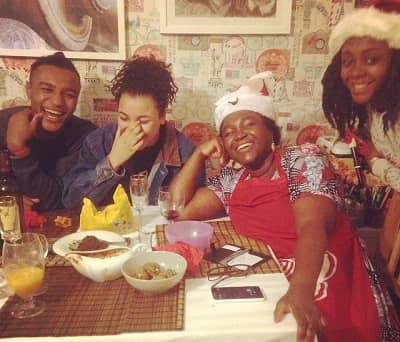 What is Daniel Quincy Annoh’s Nationality?

On June 22, 1993, Daniel Quincy Annoh (age 29) was born in London, England, to his father, Jacob Ferguson Lobo, and mother, Lyssiemay Annoh. He has an elder sister named Rox Anne. In school, Daniel was very good at sports, especially boxing, but besides being a good athlete, he also developed acting skills. Just like many other actors, he began participating in school plays and continued performing until completion of high school.

In 2011 he graduated from high school and joined the Identity School of Acting. Besides acting, he also developed an interest in dance, motivating him to learn dance forms like Hip Hop, Commercial Dance, and Freestyle Disco. he even learned to play various musical instruments like Bongo, Drums, and Guitar. 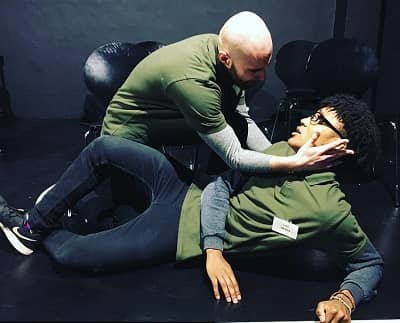 In 2016 Daniel Quincy Annoh did his first acting performance for a stage show titled “Stockholm,” directed by his coach Jonathan Bradshaw. The following year, he got part in a short movie and starred in a music video named “A Special Kind of Love.” Soon he got part in an Amazon Christmas commercial, and things started slowly working for him.

Meanwhile, he became part of a documentary named “Sense of Identity,” where his role was Devon. In 2019 he played the part of Michael in “Bus Stop.” It was a Vanessa Bailey-directed project featuring the fictional story of two strangers engaging in a painful conversation at a bus stop.

Annoh needed to learn a lot more about casting and filmmaking, so he began accepting jobs as a crew member. He worked on “Donkey Dust” as assistant director and producer, which was an outstanding achievement for him. But things got perfect after he got picked by Doug Liman for the role of Terence in his show “The Recruit,” which was released in December 2022. 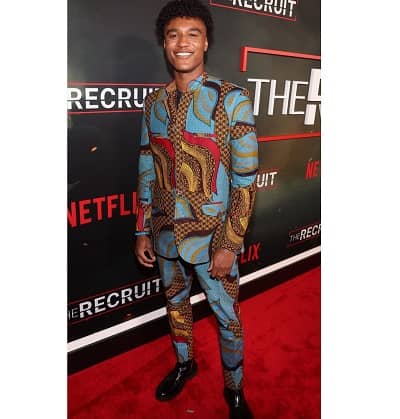 Dan is a loving person with a jolly nature. He loves meeting new people, and it does not take him much time to impress everybody with his charming personality. 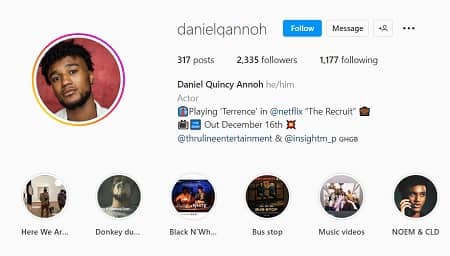 Annoh goes through a packed schedule daily but still finds time for his boxing sessions. He maintains a constant connection with his fans through his Instagram handle (@danielqannoh).

If you also want to stay connected and updated about Quincy’s upcoming project, then make sure to follow him on IG.

Ques: Who played Terence in “The Recruit”?