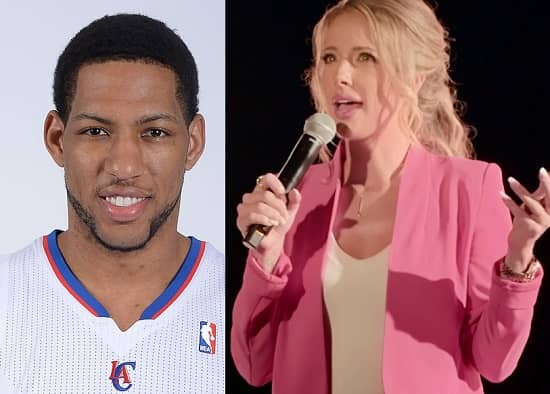 Today we have a crossover from the worlds of professional sports and standup comedy, two of the most dramatic and gossipy groups on our planet colliding, NBA players, and standup comics crashing.

It all started when an ex-NBA player discovered God phoned one of his ex-girlfriends and told her she needed to repent.

This is Brittany Schmitt telling the story on stage

“I heard from a guy recently that I used to hook up with in the NBA, and I thought he was going to be calling to talk about the glory days, the holy days, but instead, he called to tell me that now he’s a Jehovah’s Witness and I should repent and then he said, Britney, this is life-changing stuff.

Britney Special is available now. That video quickly went viral, and NBA superfans who were already scouring the internet performed exactly as Britney directed. So, what did we learn today?

Number one, you don’t have to do anything with your cousin Keith, but don’t phone up your Ex hookups and tell them they’ve transformed their lives if you get those things with them.

Obviously, don’t do it if you have access to a microphone and hundreds of thousands of fans, and especially don’t do it if you are the most recognized NBA player of all time, but I’m pleased for all your success, Brittany, and a shout out to Keith, a light-skinned Ex NBA player who are Jehovah’s Witness and enjoys water sports.