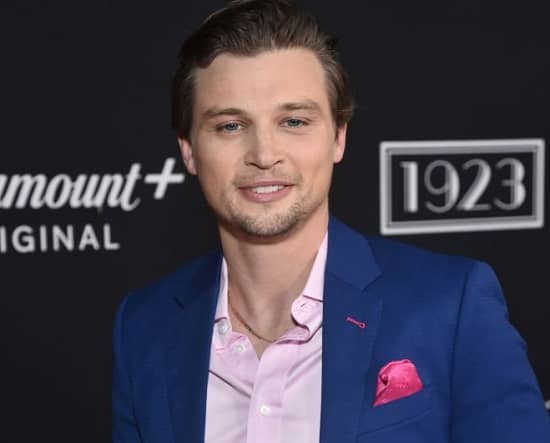 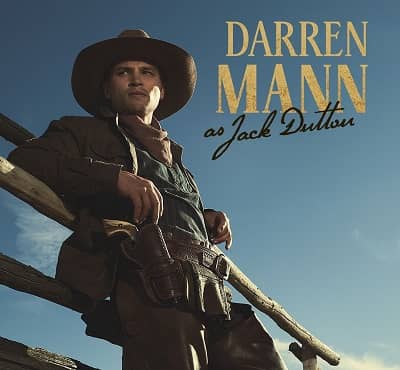 Darren Mann (born on May 4, 1989) is a 33-year-old Canadian actor known for his works like “Dare to Dream,” “Giant Little Ones,” and “The Samaritan.” Most people recognize him as Baz, the role that he played in Jonathan Lisco’s crime-drama, which has been airing on TNT since 2016. Other than shows, Darren has also worked on numerous movies; his debut film was “Even Lambs Have Teeth,” a horror thriller featuring stars like Tiera Skovbye, Kirsten Zien, and Manny Jacinto.

Currently, Mann is hovering in the limelight because his new work, “1923,” just got released on Paramount+ on December 18, 2022. The story of this Taylor Sheridan show revolves around a fictional character named Jacob Dutton, who, along with his people, tries to tackle Western expansion and Great Depression. If you are looking for a show with an engaging storyline, consider watching “1923.”

Do you know Mann was set to become an ice-hockey player and was skilled at the sport, but later, he changed his mind and turned towards acting? 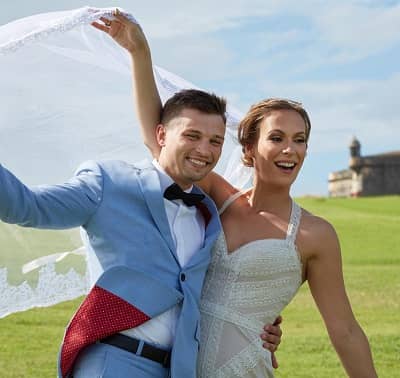 Who is Darren Mann’s Wife?

Yes, the “1923” actor is married. On February 23, 2022, Darren tied the knot with his girlfriend, Jesi Dee Mann, in the presence of friends and family at a party held in San Juan, Puerto Rico.

Currently, we do not know how and when Mann met his partner besides the fact that they have been dating for a long time. If you want, you can check Mann’s wedding photo on his Instagram account (@realdarrenmann), which already more than 32k people follow. 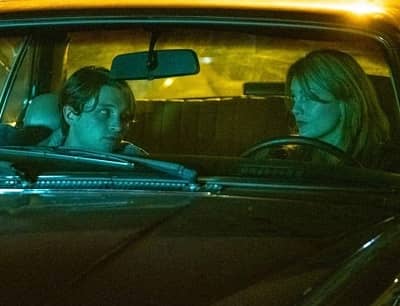 It had been one year since he had joined VADA and Deb Green offered him an opportunity to work on a short movie, “Stanley’s Game Seven 3D.” It was his performance in front of the camera, but he did well.

Luckily the following, he got to debut as a TV actor with Greg Berlanti’s TV series “The Tomorrow People.” It was a sci-fi drama, the story of which revolved around humans with abilities like Telepathy, Teleportation, and Telekinesis.

Mann’s best quality is his hunger to learn; even when he worked as an actor on other projects, he did not leave the opportunity to work on “Feed the Gods” as a production assistant just to learn something new. 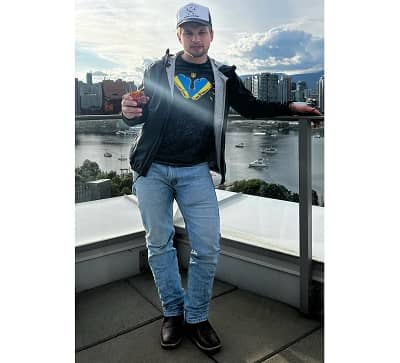 For the first few years, Darren worked on various shows, including “Package Deal,” “The 100,” “Some Assembly Required,” “Supernatural,” “Wayward Pines” and “Van Helsing.” But in most of them, he played minor roles and got to be in one or two episodes.

His actual acting career began after he joined the cast of “Chilling Adventures of Sabrina” as Luke Chalfant. For those who do not know, it was a fantasy-horror drama that aired on Netflix from 2018 to 2020.

Currently, he is recognized as one of the most talented young Canadian artists whose career timeline is filled with productions like “Fortunate Son,” “Animal Kingdom,” “Embattled,” “The Minute You Wake up Dead,” and “Twisted Blues.” 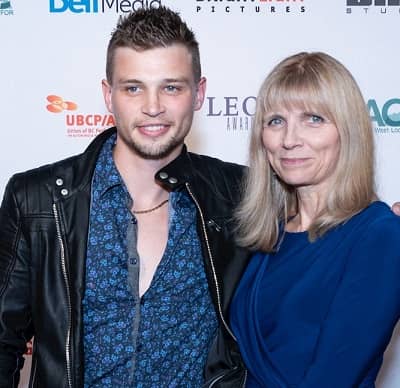 How was Darren Mann’s Childhood?

On May 4, 1989, Darren Mann (age 33) was born at his parents’ home in Vancouver, Canada. We learned that the name of his mother is Lenore Mann. He grew up suburbs of Vancouver alongside his brother Tyler Mann. According to his interview with Vada Studios, he started attending acting classes at 8 because his mother wanted him to be more open and wanted him to socialize.

At first, Darren was hesitant, but upon getting introduced to acting, he fell in love with it. As per the actor, shows like “Home Alone” and “The Little Rascals” left a significant mark on him and motivated him to be an actor. Meanwhile, just like any other Canadian child, he started playing ice hockey at school. Handling hockey and acting were getting tough for Mann, so he quit acting and followed his passion for sports. 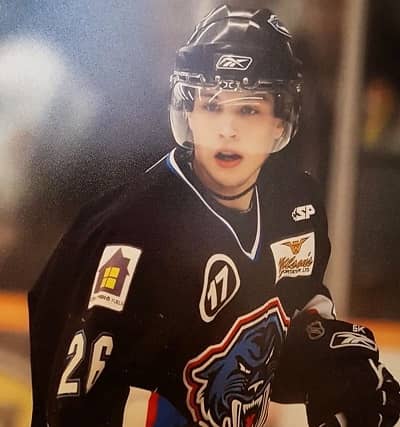 In 2009 during hockey off-season, he felt like pursuing acting again, mainly because Leonardo DiCaprio’s “Catch Me If You Can” had left him awe-inspired. But it took him two years to decide that he wanted to give it one more shot to acting. In 2011 Darren joined VADA and resumed his acting journey.

Ques: How old is Darren Mann?

Ques: What is Darren Mann’s nationality?

Ques: How tall is Darren Mann?