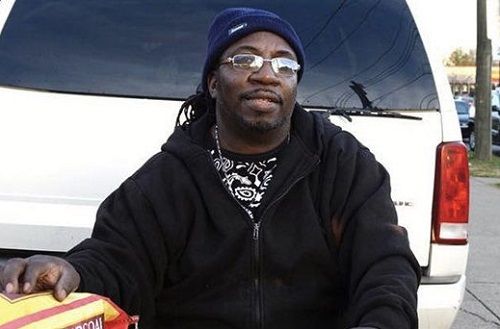 David Mcatee (Born 1966), at the age of 53, dies on June 1, 2020. He was an Owner of Yaya’s Barbque in western Louisville, Kentucky. From the past some years, he was running on business happily.

According to his sister, the crowd was not aggressive before shooting. David was not a part of George Floyd’s protest; He was simply helping those people who’re gathered every Sunday to enjoying; her brother just served food for them from a restaurant.

Suddenly Kentucky National Guard and Louisville Metro Police Fired on the crowd; they thought someone into gathered peoples trying to shot on them; in this Firing on Monday, mother David Mcatee Loss, her son.

Police officer Steve Conrad fired from the job after the incident.

The other two officers who are involved in deadly firing are on the administrative leave because both officers had not activated their body cameras while shooting on the black man business owner of Yaya’s BBQ.

His restaurant also ran very well in that West End of Louisville, Kentucky. He was the only one in his house who managed the entire family with his earnings.

He had given free food to police officers and ordinary people, due to which all the people of the areas were aware of his good behavior.

He started cooking at the age of 23, he was in the business of preparing for only 30 years, and in the area, he had been running a restaurant for the last two years.

He was the youngest of his siblings. His four siblings had already died before him.

According to his family statement, David came back from Atlanta, Georgia, eight years ago. He was a very heart worked cook who worked day to late night for making delicious food using fresh ingredients; customers never argue with him.

People were pleased to eat his delicious food. He has never harmed anyone but only helped others.

In an interview with Kristin Pierce WhAS11 Anchor, David McAtee’s mother said that she received news of her son’s death at around 1 a.m. on Monday that he was dead near Broadway and 26th Street.

She said that if the parents of a child die, the child will be very hurt, but if their son is, the parents feeling that they lost their heart piece.

Tony Martin, an acquaintance of David and the owner of Dorothy’s kitchen, said that he was a lovely person, the wrong thing that happened to him should not have happened, he doesn’t deserve that bad behavior of the police.

Some Known Facts about David Mcatee