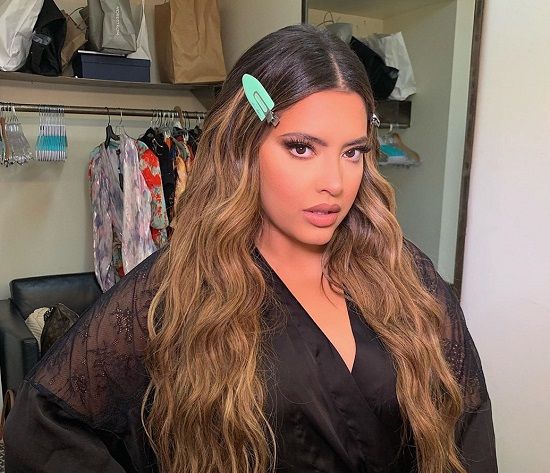 Denise Bidot (Rapper Lil Wayne’s New Girlfriend) is a plus-size model from the United States of America. She is primarily known for her Modeling work with some renowned fashion corporations such as Lane Bryant, Forever 21, Old Navy, Nordstrom, Target Corporation, and Zizzi Clothing.

The Gorgeous Healthy Model is one of the members of the Body-positivity Revolution with American-Haitian model Mama Cax, and More Three Models in brand Chromat. Every summer season, those promote the Chromat brand swimsuit to people to show unconditional love, from the inside out by wearing.

Apart from the Modelling, Bidot worked as an actor in the entertainment industry inspirational movie and Tv show. In 2011 she acted in one episode of Curvy Girls than in 2013, Denise acted in Habla Women (TV Movie). Her last movie is Straight/Curve: Redefining Body Image, in which she played the lead role in 2017.

Let us tell you that Rapper Lil Wayne was always in the public discussion due to his love relationship. Just a few months ago; He canceled to be getting married to fiancé La’Tecia Thomas due to some personal matter.

Her Mother, Daphne Bidot, is working as a Conusllar of 11th grade in Miami Coral Park High School. There is no information available about Bidot’s father.

Apart from family information, let’s look at her Education Qualification Denise Completed her schooling education from the Miami Coral Park High School, the same where her mother worked. When she was 18 years old, Bidot Decided to become an actress without fear of what people think about body shape; she moved to Los Angeles to achieve success in life in 2004.

When she was not so much famous in the fashion industry in 2005, just at the age of 19 years, she got married to Gregory Vrecenak. After the four years of marriage, Denise Bidot gave birth to her daughter Jocelyn Adams. Still, the couple got divorced soon after the birth of daughter due to some personal relationship problems.

As per several publications, Denise is now the girlfriend of American Rapper Lil Wayne (Birth Name Dwayne Michael Carter Jr.). They both date from the past few months, and on 15 June 2020, the couple shared some kissing pictures on Instagram.