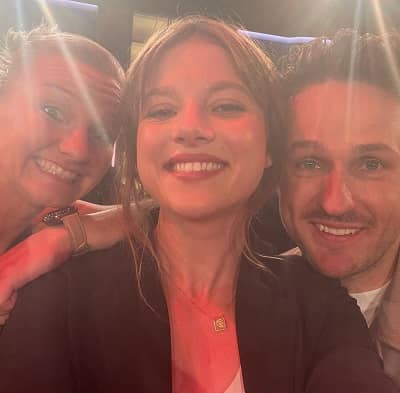 Dimitrij Schaad (born on September 17, 1985) is 37 years old German actor of Kazakhstani origin who has been gaining fame in 2022 after the back-to-back release of movies, namely “JGA: Jasmin, Gina, Anna,” “Die Känguru-Verschwörung” and “Aus meiner Haut.”

On August 19, a show named “Kleo” got released on Netflix, increasing Schaad’s popularity. In this show, Jella Haase played the lead protagonist, whereas Dimitrij appeared in the role of Seven. It is a story about a young female spy trying to find all those who cheated on her.

Schaad is a talented artist, and the list of the projects that he has worked on in his career include some famous names like “We Children from Bahnhof Zoo,” “Das Boot,” and “Die Känguru-Chroniken.” How Old is Dimitrij Schaad?

On September 17, 1985, Dimitrij Schaad (age 37) was born in Kaskelen, Kazakhstan. He grew up near the former Kazakh capital of Almaty until he was eight years old, but after that, he, along with his father and mother, shifted to Germany. Living in a new country was challenging for little Schaad as he did not know German. But he did his best effort to indulge in the environment.

While living in Berlin, he attended Menger Gymnasium and completed schooling in 2005. After graduating from high school, he studied acting at the Bavarian Theater Academy August Everding from 2005 to 2009 and at the State Institute of Performing Arts in Saint Petersburg in 2009. Because of Dimitrij’s extraordinary acting skills, the German Theater Association offered him a scholarship. One day Schaad was working on a theatre show when he got an offer to work on Rainer Matsutani’s adventure-packed TV movie “Factor 8.” Here Dimitrij got work alongside André Hennicke, who played the protagonist.

After debuting on-screen, the Kazakh-born actor joined Schauspielhaus Bochum, where he met Anselm Weber and worked with him on various theatre productions. From 2010 to 2013, Dimitrij spent most of his time writing scripts and directing stage shows. But in 2013, he returned to TV with a show called “Wilsberg.” The following year Theater Heute awarded Schaad the Young Actor of the Year prize for his performances at Maxim Gorki Theater. The same year he appeared in a show titled “Tatort.” Seeing Dimitrij’s hold on the art of acting, Ernst Busch Academy of Dramatic Arts offered him a position which he accepted.

After being connected with theatre for a decade, in 2019, this 5 feet 8¼ inches tall actor decided to leave the theatre and concentrate on building a career as an on-screen actor. Schaad’s plan worked, and he landed the leading role in “Die Känguru-Chroniken,” which proved to be a success. Dimitrij is an intellectual person. He prefers to avoid social media, which is why he does not have an Instagram account. Instead of doing web surfing, he reads books and writes new stories.

Once German actress Anjorka Strechel shared a photo with Schaad on Twitter, after which people started joining their name. Later it turned out that they were just friends and were not dating

Ques: What is Dimitrij Schaad’s age?

Ques: Where was Dimitrij Schaad born?

Ques: What is the height of Dimitrij Schaad?

Ques: How much is Dimitrij Schaad’s net worth?