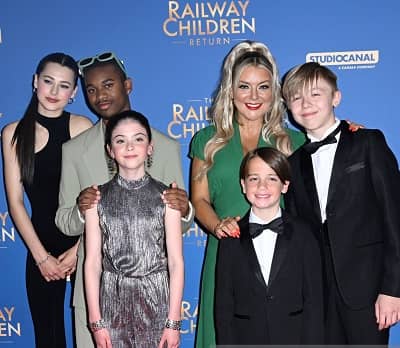 Eden Hamilton (born in 2011) is 11 years old British actress who commonly appears in TV commercials. She is also a trained dancer and knows different forms like Tap, Ballet, and modern dance. In 2022, Hamilton stepped into the world of cinema after playing the part of Pattied in a movie titled “The Railway Children Return.”

It is a Morgan Matthews-directed adventure-packed family movie filled with young stars like Beau Gadsdon, Austin Haynes, Jessica Baglow, KJ Aikens, and Zac Cudby. The film was released in the UK and Ireland on July 15 and later worldwide.

The film’s story is plotted around the world war era and focuses on a group of kids who are brought to live in a village named Yorkshire, but there they meet a young soldier Abe and embark on an adventurous journey. 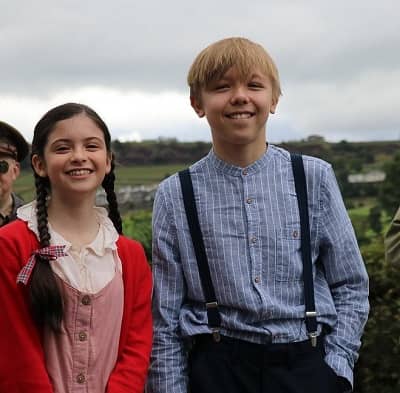 How old is Eden Hamilton?

In 2011, Eden Hamilton (age 11) took birth in Manchester, England. The details regarding the actress’ father, mother, and siblings are currently not available, but we are searching for them, and we will update you soon.

According to sources, Eden started learning music theatre at the age of four, and in 2015 she got awarded with IDTA (International Dance Teachers’ Association). The following year she learned freestyle dance from Manchester Dance Academy. To learn different techniques of acting, Eden joined LCM in 2020.

Besides learning different art forms, hamilton also pays due attention to her school studies. Currently, we do not know which school she attends, but according to sources, she is thinking about switching to homeschooling.

In 2019, the cute little actress got picked for a PayPal TV commercial. It was her first performance for a TV commercial, but she acted like an experienced artist. Meanwhile, she joined drama classes at The DramaMob.

Two years later, Hamilton again appeared in a television advertisement, but this time for Studio’s Team Early Competition. Over time, Eden had come to know that if she wanted to make a place in the acting world, she got to be associated with a good talent management company. After searching for a while, she connected with Urban Talent.

In 2020 the young British actress appeared for an audition and got selected to be part of the movie “The Railway Children Return. According to trusted sources, the heterochromia-eyed girl is currently working on an upcoming project, the details regarding which are not out yet.

Ques: What is Eden Hamilton’s age?

Ques: When was Eden Hamilton born?

Ques: Who played Pattie in “The Railway Children Return”?