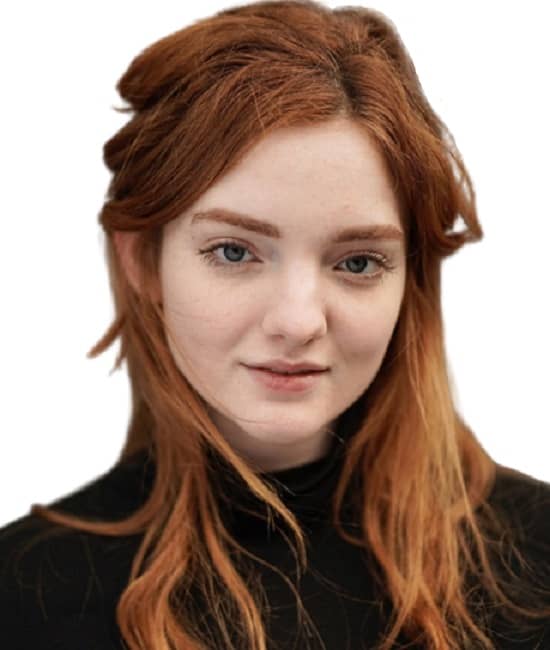 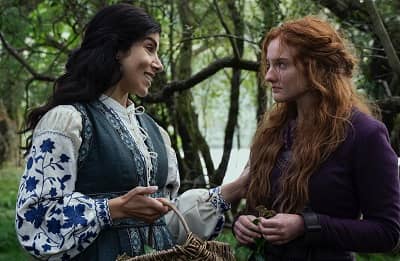 Eleanor Mclynn (born on October 15, 1997) is a 25-year-old Irish actress who is currently a topic of talk because in the recently released season 2 of the Netflix series “Vikings: Valhalla,” she played a prominent character.

It is a top-rated show, the story of which centers on characters, namely Freydis, Leif Erikson, Norman King William the Conqueror, and Harald Hardrada.FYI, “Vikings Valhalla” is the spin-off of its predecessor “Vikings,” which earned numerous awards for its astonishing storyline and cast.

This is not the first time Mclynn appeared on screen; before this, she once appeared in a movie titled “The Escapist.” It was a Rupert Wyatt-directed crime thriller featuring stars like Brian Cox, Damian Lewis, Joseph Fiennes, Seu Jorge, Liam Cunningham, and Dominic Cooper.

Eleanor is a budding star, and there is still a lot that people need to know about her. If you are also someone who does not know much about her, then continue reading this article. 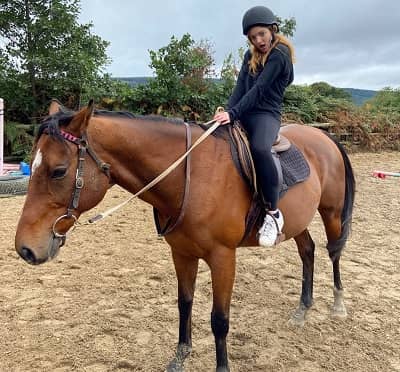 How Old is Eleanor Mclynn?

On October 15, 1997, Eleanor Mclynn (age 25) was born in Greater London, England, United Kingdom. Acting became a part of her life after her mom and dad motivated her to opt for an extra-curricular activity. Going to a drama academy which started as a hobby, soon became Eleanor’s passion.

At 11, she played Urchin in a stage production named “Carmen” at English National Opera. It was her first on-stage performance in Opera, and she shocked everybody with her performance. Once she was doing a stage performance when Tamara Gillon, a famous British casting director, spotted her and offered her the role of Brian Cox’s on-screen daughter.

Continuing stage work Mclynn worked on numerous theatre plays. She also worked in Linda Richardson’s stage production “Jubilation” at the famous Royal Festival Hall. Some other stage shows on which Eleanor worked include “Gargantua,” ‘Parallel Hamlet,” and “The Woman.” 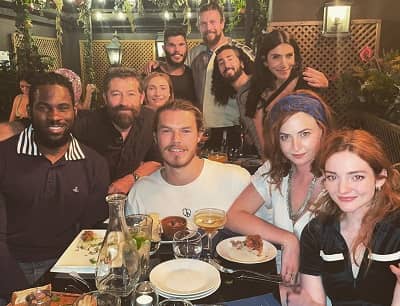 Besides working on stage and theatre shows, Mclynn also did a few TV commercials, one of which was for the famous soft drink brand Coca-Cola. At 16, the Irish beauty started focusing more on her singing abilities. She perfected Cabaret Singing, Choral Singing, Country Singing, and Folk Singing.

Finally, on the recommendation of her acting coach, she connected with Lisa Richards Agency and began auditioning. She gave numerous auditions but could not get selected.

Despite thinking negatively and getting demotivated, Elean stay focused. She kept looking for a chance to prove herself which came with her selection for a role in “Vikings: Valhalla.” 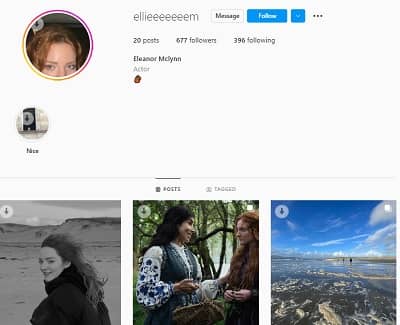 Yes, Mclynn is present on Instagram, and her username of “@ellieeeeeeem.” She has only a few hundred followers, but this count will go up. She is not a regular user of IG but never forgets to share about her upcoming projects. As per our sources, the Irish lady is currently single but does have a bunch of friends to provide her company.

Ques: When was Eleanor Mclynn born?

Ques: How tall is Eleanor Mclynn?

Ques: From where is Eleanor Mclynn?