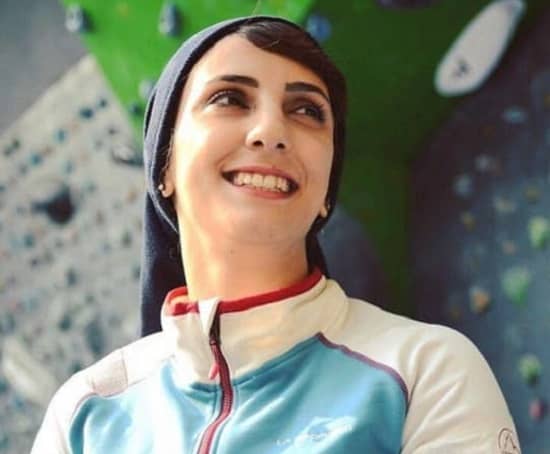 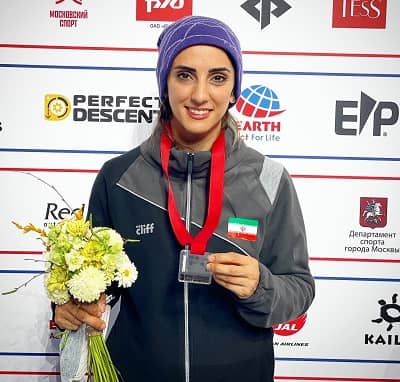 Where is Elnaz Rekabi?

Elnaz Rekabi (الناز رکابی ) (born on August 20, 1989) is a 33-year-old highly decorated professional climber from Zanjan, Iran. Over the years, this talented athlete won numerous awards, including a Bronze medal at World Championships (2021). Besides her achievements, Rekabi is also popular because of her bold personality, which she showcased by raising her voice against injustice from time to time.

In 2022, amidst the non-stop protests in Iran against Hijab, Elnaz also laid her contribution by not wearing a headscarf while participating in IFSC Asia Championship in Seoul. Later, when the time came for Iranian athletes to return back to their home country, Rekabi was reported missing. Her friends revealed that the lady was not picking up her phone and no one saw her after the competition.

When people started raising questions, the Iranian Embassy in South Korea released a statement claiming that people were spreading false rumors and that Elnaz was returning back to Iran safely. According to BBC, the embassy posted a picture of this Iranian athlete in a tweet and wrote, “Ms. Elnaz Rokabi left Seoul for Iran after the Asian Championship rock climbing competition in Seoul, on the morning of Tuesday, October 26, 2022, along with other team members.” 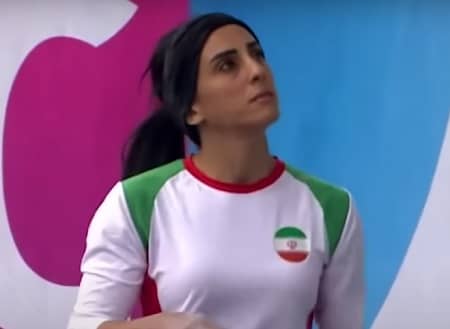 When it comes to revealing details regarding her personal life, Elnaz refrains from sharing information. After contacting different sources, we did not find anything regarding the love of life of this Iranian climber. We also checked her Instagram account (@elnaz.rekabi) to find any clue, but again nothing was there. In the end, we checked her Facebook account, and from there, we came to know that Rekabi is not married, infact she is not even dating anybody. 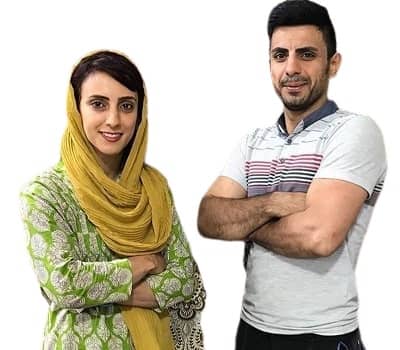 How old is Elnaz Rekabi?

On August 20, 1989, الناز رکابی | Elnaz Rekabi (age 33) was born into a Persian family in Zanjan, Iran. According to sources, Elnaz developed an interest in rock climbing because of her father, who taught her to follow her dreams. The female athlete also has an elder brother named Davod, who is also a part of the Iranian climbing team.

The climbing training of the Rekabi siblings started when they were teenagers. Besides training in climbing, they both also used to go to local mountains to practice. Focusing on games does not mean that Elnaz avoided her studies; she used to get good marks in school, and after high school, she graduated with a degree in Geology from Zanjan University. 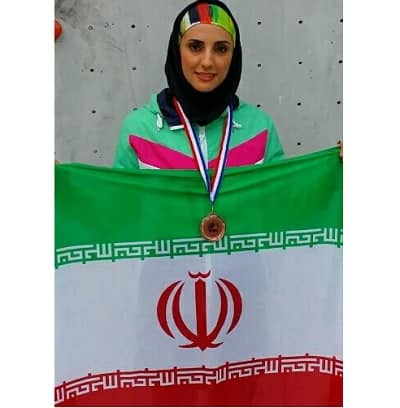 Elnaz Rekabi’s Career as an Athlete

After participating in local competitions for years, in 2002, Rekabi became part of Iran’s National Climbing Team. In a country ruled by Islamic rules, women do not have much freedom to pursue their dreams, but Elnaz broke all the stereotypes and became the first female athlete from Iran to make it to the IFSC World Cup.

In 2016, during an interview with Euro News, Ela accepted that people look at her with surprise whenever she tells someone that she is a competitive climber. Rekabi also revealed that there is no program to train female climbers in her country, so she had to learn everything by herself. 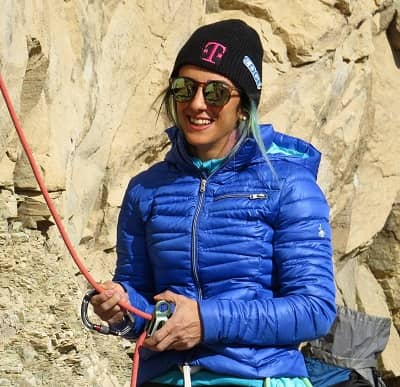 Fighting all the odds, she led an inspiring life and, with her hard work, won medals in different competitions. The first honor that Rekabi got was when she won a silver medal in the 2013 Asian Championship held in Tehran. She was also third twice in Duyun World Championship and Lombok WC.

Ques: How old is Elnaz Rekabi?

Ques: When was Elnaz Rekabi born?

Ques: Where does Elnaz Rekabi live?

Ques: What is the name of Elnaz Rekabi’s brother?