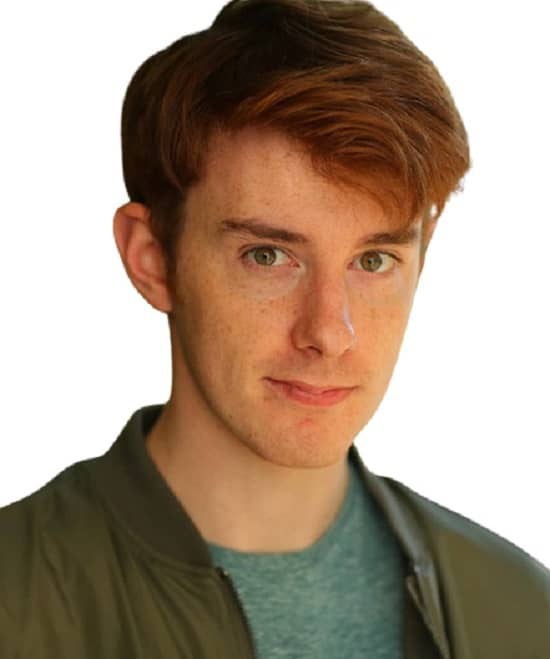 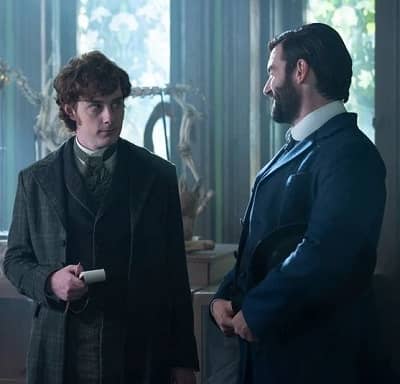 Evan McCabe (born on September 12, 1996) is a 26-year-old Irish actor who has worked on productions like “Doctor Who” and “Berlin Station.” You might have also noticed him playing Tony Doyle in Lisa James Larsson-directed TV series “Striking Out,” which aired from 2017 to 2018. He has also done a short movie named “Dead Leaf Moth.”

In 2023, McCabe rose to fame after he appeared portraying the role of Detective Fitzroy in a Steve Hughes-directed “Miss Scarlet & the Duke,” which aired on Netflix. It is a crime drama featuring Kate Phillips playing the part of a Scotland Yard Inspector trying to solve a crime mystery.

Evan is a budding actor, and there is a lot about his life that people do not know. So if you want to learn about this Irish actor’s personal and professional life, then keep reading this article. 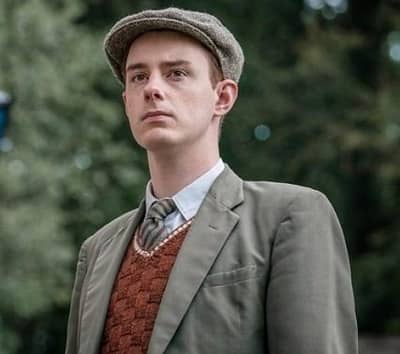 On September 12, 1996, Evan McCabe (age 26) was born in a Christian family in Cork, Ireland. Information about his father, mother, and siblings is yet to be found because he does not share anything about them on his social media handles. According to sources, Cabe was a middle school student when he first got to participate in a play; he liked the experience of portraying someone else’s personality fueling his passion for acting.

In high school, he joined a local theatre and began his journey as an aspiring actor. In 2014 he moved to Dublin and enrolled at Trinity College Dublin for higher studies. He learned a lot at Trinity, but his appetite for learning more brought him to The Lir. 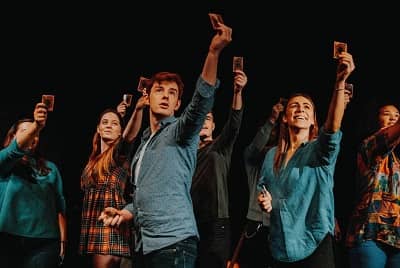 Finally, after gaining enough knowledge, he came to London and began looking for acting opportunities. At first, he had thought that he would not need a talent manager to kick-start his acting journey, but after experiencing the cutthroat competition, he connected with Independent Talent Management Agency.

Undoubtedly, McCabe is a fantastic actor, and his performance in “Miss Scarlet & the Duke” proved this. We hope to see him play a recurring role. 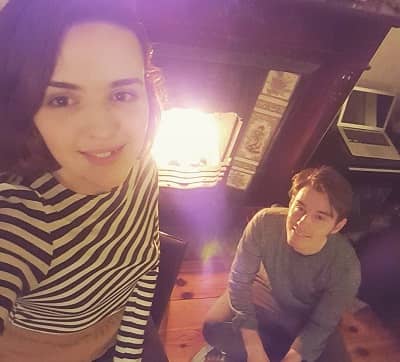 Who is Evan McCabe’s Girlfriend?

On January 14, 2017, Evan shared a photo with a girl named Emma Coen on her Instagram, and in the caption, he wrote, “Me and the woman of my dreams.”

Sources say that Emma and McCabe each other at the theatre and soon fell in love with each other. But it has been a while since they last appeared together, which makes us wonder if they are still dating. Meanwhile, you can follow his IG handle (evanmccabe96) and stay updated. 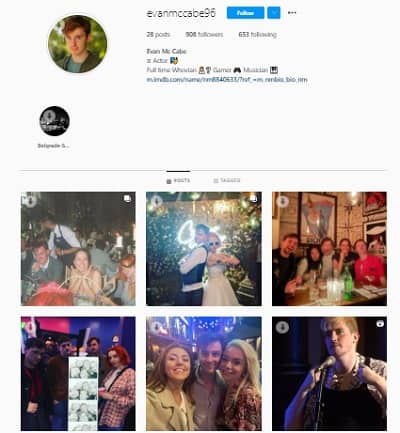 Ques: What is Evan McCabe’s age?

Ques: What is Evan McCabe’s nationality?

Ques: How tall is Evan McCabe?