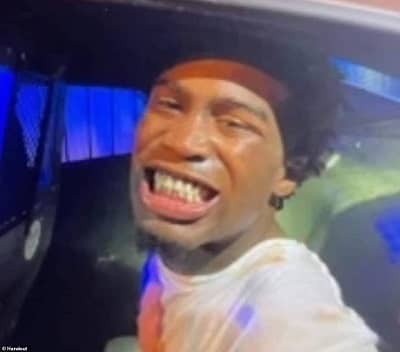 After a shooting rampage, Ezekiel Kelly got arrested

The city of Memphis witnessed an alleged shooting spree on September 7, 2022, leaving 4 people dead and many injured; Ezekiel Kelly, a crazed gunman, launched his rampage just before 1 am and went on terrorizing the whole city right till the early parts of the morning and then got involved a police chase and was arrested at 9:30 pm Kelly has been connected to at least eight separate shootings and the felony charges are pending against him. Here is a full report of what happened exactly.

This 19-year-old Ezekiel shot a 24-year-old man in his driveway on Glendale Avenue; at 12:56 am, the man was declared dead on the spot; Ezekiel started targeting and shooting people at random, forcing them to take shelter for their safety; at 4:38 pm, he killed a man who was sitting in his car on South Parkway East, shooting him multiple times.

A few minutes later, Kelly shot a woman in her leg who was later transported to a near hospital in a stable condition; around 6 pm, he opened fire at an AutoZone; he live-streamed this whole incident on Facebook, and police reported that he stepped out of the car went in the store, pulled his gun out and fried it at the man inside the shop, shooting him twice, the man was rushed to the hospital in a critical condition before he entered the store Ezekiel spoke to the camera saying, “no faking, this sh– for real,” citizens quickly reported the live stream to the police, Memphis PD issued a public alert, stating the vehicle he was driving. Ezekiel shot a woman to switch cars and took off in a grey Toyota SUV; within an hour, police found 2 victims, one declared dead and the other injured. Ezekiel crossed the state border line and committed a second carjacking, injuring the driver. Police spotted the Dodge Challenger and entered a high-speed chase that ended with Kelly chasing his car; police took him into custody without any injury. Police recovered 2 weapons from his vehicle. Ezekiel Kelly was born on October 14, 2002; nothing much is revealed about his family just yet, but police are investing the whole matter; reports found out that he was first arrested in 2020 under the charges of two counts of attempted murder, one count of reckless endangerment and one count of possession of a firearm, he was just 17 at that time, he served 11 months in prison instead of three years, that he was sentenced for and had an early release on March 16, reasons for this are still unknown.

Ques: Who is Ezekiel Kelly?

Ans: Ezekiel Kelly is a Criminal.

Ques: Where is Ezekiel Kelly?

Ans: He is right now in prison.

Ques: Who are Ezekiel Kelly’s Parents?

Ques: Why did Ezekiel Kelly get arrested?

Ans: Ezekiel was arrested in connection with multiple shootings in Memphis City in, Tennessee.