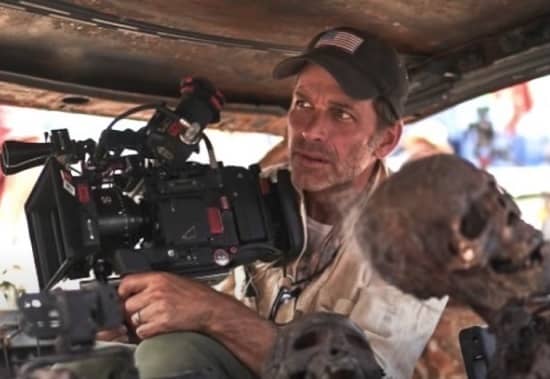 Film director Zack Snyder returns to his zombie roots, having had his directorial debut with 2004’s Dawn of the Dead. He said that the filming of the Army of the Dead was totally different from his other film. The film includes a unique story by Zack, who additionally fills in as cinematographer and producer.

An epidemic that transforms everyone in Las Vegas into a zombie, the city of sin is sealed off from the rest of the world to contain the undead invasion.

Army of the Dead shows you Las Vegas as you’ve never seen it before. From a stumbling Elvis and hordes of zombified bachelorette parties covering up the slot machines, there’s plenty for everybody.

The city has transformed into an outbreak, but traces of its former glory can still be seen, cut off from the rest of the world by a wall of shipping containers. Danger lurks around historical landmarks and in run-down hotels, but the possibility of winning big persists.

This prequel anime film focuses on the efforts of Scott Ward and his rescuers during the early stages of the outbreak.

The lead character of Scott Ward, played by Dave Bautista, has accepted a proposal from Bly Tanaka, a casino boss, to take a share of the 200 million dollars hidden under the strip. If Ward will gather a squad, break open the vault, and escape alive, he will get his prize money.

Ella Purnell, who most recently appeared in the limited series Belgravia, is currently starring as Scott Ward’s daughter Kate Ward.

Omari Hardwick is the buff and jovial zombie-killing expert. Maria Cruz, a hard-drinking and tough-talking mechanic character, is played by “Anna DeLara Guera.” Nora Arnezeder has appeared in the deadly zombie killer character of Lilly (The Coyote). 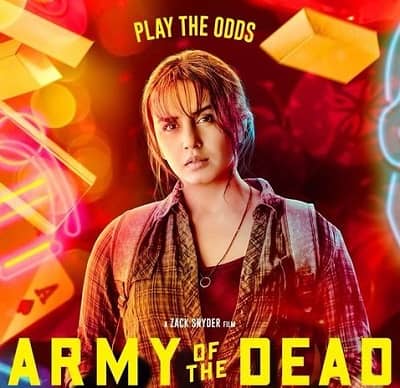 Dieter, the German safecracker, is played by Matthias Schweighöfer. Marianne Peters, the helicopter pilot in charge of taking the squad out of Vegas, is played by Tig Notaro. Indian actress Huma Qureshi is playing the essential character of a girl named Geeta in this film.

Valentine the Zombie Tiger, as seen in the trailer, will undoubtedly pose a challenge to the squad as they travel through dangerous Vegas. VFX expert Marcus Taormina stated that the most challenging task was to show Valentine as a real zombie tiger. 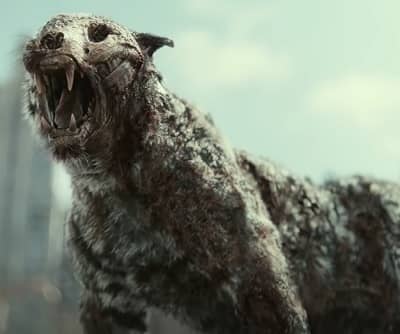 This Undead Tiger is owned in the film by popular Vegas German-American magicians Siegfried & Roy, a pair of entertainers who in real life appeared at the Mirage and whose act included performances with white lions and tigers.

Army of the Dead will be the beginning of a brand new franchise for Netflix, which will expand on the world and the characters featured in the film.