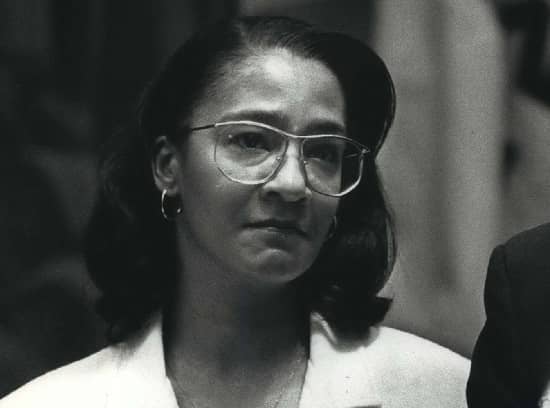 Glenda Cleveland (born on February 16, 1955) was 36 years old when the deeds of Jeffrey Dahmer (Milwaukee’s serial killer/Cannibal) came to light. Being the neighbor of Jeff, she was a lot in the news between 1991 and 1999. In 2022, when Netflix released the series “Dahmer – Monster: The Jeffrey Dahmer Story,” Glenda again became a topic of talk.

She was a strong woman who tried to do her part and informed the Milwaukee Police about the wrongdoings of her neighbor, Jeff but was ignored because she was an African-American. There was one incident when a boy named Konerak Sinthasomphone managed to escape from Dahmer and was found by Glenda, who then called Police.

Three officers, namely Richard Porubcan, John Balcerzak, and Joseph Gabrish, arrived at the scene; they led Konerak back to Dahmer, but the latter told them that Sinthasomphone was his boyfriend.

The homophobic/corrupt American police officers did nothing to verify the identity of Koneak, and they also did not check if Dahmer was saying the truth. Sadly that day, Jeffrey killed the 14-years-old innocent Laotian American and probably ate his heart. 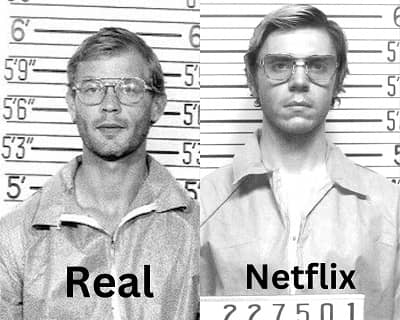 In the above passage, we gave a brief overview of Glenda; now, let’s discuss the incidents when she called 911 to complain but was ignored by the authorities. Cleveland met Dahmer when the latter came to live in flat no. 213 of Oxford Apartments, Milwaukee, Wisconsin. Glenda, at that time, lived in apartment no. 212, meaning she could hear the screams of Jeff’s victims.

Cleveland knew something was wrong with the guy living next door because of the awful smell from his flat. She even told him a few times to do something about the smell, and when things got out of control, she informed the building manager. Other neighbors of Jeffrey also filed the same complaint with the manager.

Glen often saw Dahmer coming home with a new person but never saw any of those men leaving the apartment. When the smell coming from flat 213 did not stop, Sandra’s mother again filed a complaint to the manager, who then issued a 30-day notice to the young man.

When the serial killer learned that his neighbor had filed the complaint, he tried to turn Glenda into a cannibal by offering her a sandwich stuffed with human meat, but luckily, she did not accept the sandwich.

Later, when Milwaukee’s madman got caught, Glenda did all she could do to help the authorities. She even requested city planning authorities to build a memorial to honor all the victims and their families.

How was Glenda Cleveland’s Childhood?

According to Wisconsin Right Now, on February 16, 1955, Glenda Cleveland (age 56; when she died) took birth in Carthage, Mississippi, America. Her father, Sullivan, was a farmer, and her mother, Louise Smith, was a teacher at a Black public school.

As per trusted sources, her childhood was very tough. She, her parents, and 9 siblings had to live in a house that lacked internal plumbing and central heating, making chilly days insufferable. The lady was brilliant and good at studies.

In 1973 she joined Tougaloo College to pursue higher studies but dropped out of college after a short time as she was pregnant with her daughter, Sandra Smith. 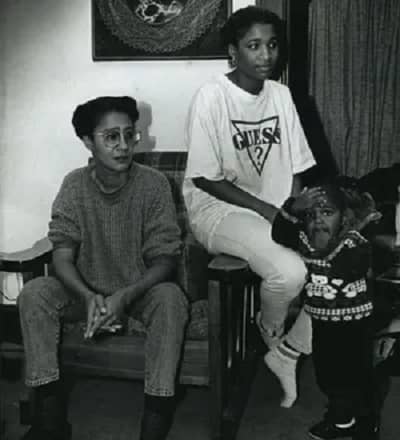 The parents of Cleveland were angry with her decision to leave her higher studies. After the birth of Sandra, Glen shifted to Milwaukee, Wisconsin, and rented a flat (number 212) in Oxford Apartments to start a fresh life.

Sandra grew up there and later moved out of the house to live with her boyfriend, but her mother kept living there until the city planning commission ordered all the residents to empty the building, which was later demolished and sold to Campus Circle Project. 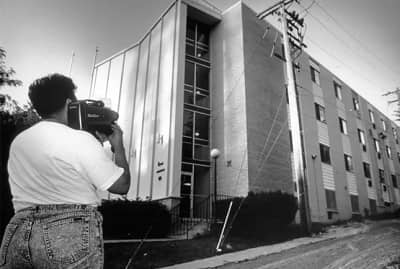 When did Glenda Cleveland Die?

According to Milwaukee Journal Sentinel, on December 24, 2011, Glenda was living alone in her apartment in Milwaukee, where Police found her dead. Reports revealed that Cleveland was a chain smoker and died of a heart attack accompanied by high blood pressure. Months after her death, a memorial service was organized and attended by her close relatives only.

Ques: When was Glenda Cleveland born?

Ques: What is the name of Glenda Cleveland’s daughter?

Ques: Did Glenda Cleveland eat the sandwich which Dahmer gave him?

Ans: No, sources revealed that she threw it.

Ques: What was in the sandwich Jeffrey Dahmer offered Glenda Cleveland?

Ans: It never got proven what was in the sandwich, although it is believed that the sandwich had human flesh in it.

Ques: Did Pamela Bass eat the sandwich Jeffrey offered to her?

Ans: Yes, the lady confessed that Dahmer offered her the sandwich, and she ate it.