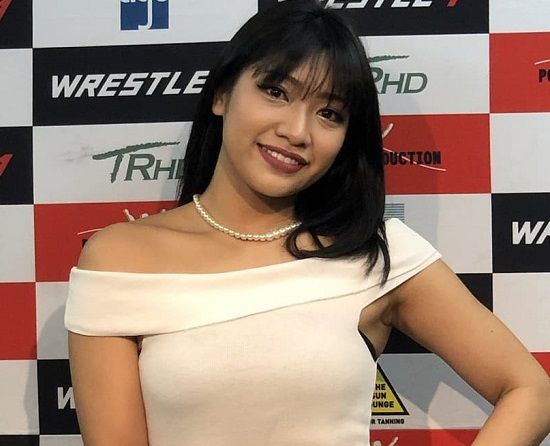 Hana Kimura (September 3, 1997 – May 23, 2020), was a Professional Japanese Female wrestler, Before becoming the Professional, On August 21, 2005, Kumra Won the Ironman Heavymetalweight Championship But Lost from her Mother.

Apart from this, she was a Reality T.V. star of Netflix Japanese Show “Terrace House.”

The non-script show, in which Six Young age persons share the House for Love without knowing each other, what can happen next cannot guess. The show rating is going down, according to IMDB.

The Young, bold wrestler was also a member of World Wonder Ring Stardom, Sendai Girls Pro Wrestling, and she was a signed-up member for the promotion of Wrestle-1 for A.C.E. Championship wrestling.

This Japanese wrestler Hana kimura’s death reason is Suicide on May 23, 2020; on Saturday, World Wonder Ring Stardom announced her death.

Her Fans and known industry professional persons said that she was facing “Cyberbullying” for several days before committed to suicide, she posted on her Instagram with “goodbye” written in caption.

According to the news by her death, the new episode of Terrace House Tokyo delayed.

After hearing the death news of Kimura Hana American journalist Dave Post Tweet “Those at Stardom were overwhelmed by the support of the worldwide wrestling community and comments from many Japanese celebrities.”

In 2019, she Signed up with Contract with World Wonder Ring Stardom, But Kumara fans loss her, “Stardom,” uploaded a post on Twitter.

She has a huge fan following; today, all are missing her. Over 1.6K+ peoples Retweets of, “We Are Stardom” Twitter Post-show that.

She is the daughter of Former professional Japanese female player “Kyoko Kimura.” Hana’s father, “Isao Kobayashi,” is a Japanese mixed martial artist. She was the only girl in her parents.

In the 2010s, Kimura took training for became the pro-female wrestler from Wrestle-1’s Professional Wrestling University.

About her Love Life, she doesn’t reveal about her relationship with someone; Because of her growth, she was always busy in her work to strengthen her future.

The beautiful young girl was in the modeling business of the Japan-based company “walk-m.co.jp,” the secret of her muscular body shape was a regular workout and nutritional diet.

Some Facts about Hana Kimura