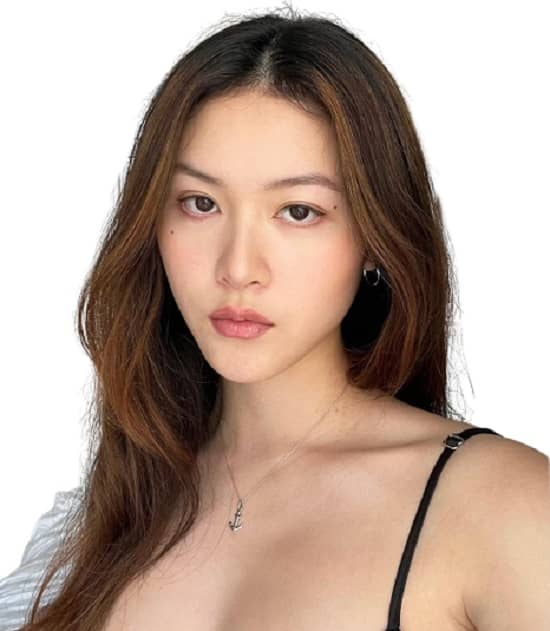 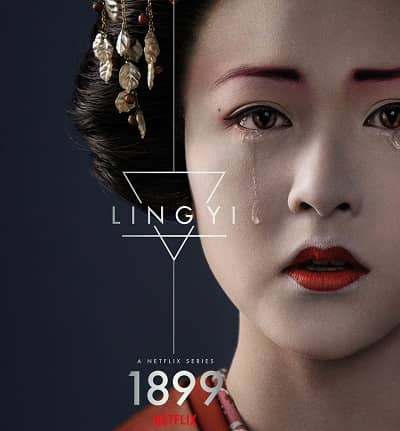 Isabella Wei (born on May 1, 2004) is an 18-years-old professional dancer and actress from Hong Kong. In 2016 she represented her country in Dance World Cup-Asian Cup in Jersey, Channel Islands. Wei did not win the competition; however, she ranked 5th in Children’s Solo (Contemporary) category.

Eventually, Wei developed an interest in acting and began looking for opportunities. Fortunately, in 2021 she got to work on her first acting project, a short movie titled “Our 4°c – Able World.” Currently, Isabella’s name is floating in the media because she played a prominent part of Ling Yi in Baran bo Odar’s TV series “1899) which landed on Netflix on November 17, 2022.

“1899” is a horror drama that portrays a mysterious story where people aboard a ship encounter a strange ship named Prometheus, and weird incidents start happening. Besides Wei, artists like Anton Lesser, Emily Beecham, Clara Rosager, and Aneurin Barnard are also part of this mystery-packed show. 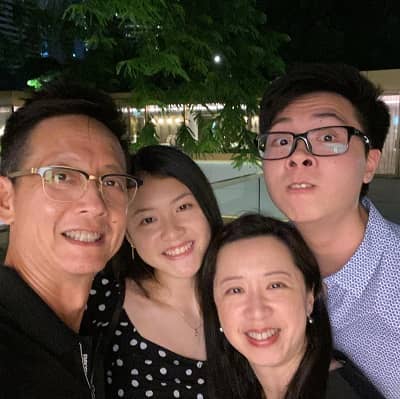 How Old is Isabella Wei?

On May 1, 2004, Isabella Chian Yu Wei (age 18) took birth to a Buddhist family in Hong Kong. She is the youngest child of her parents as she has an elder brother named Andrew Wei. The Father and mother of Isabella are not present on any social media platform, but we have found a photo where you can see the entire Wei family.

According to sources, Chian fell in love with dance when she was only 4. At 7, she joined a local dance school where she practiced for a brief time before joining Giselle Liu’s dance academy. Besides dance. 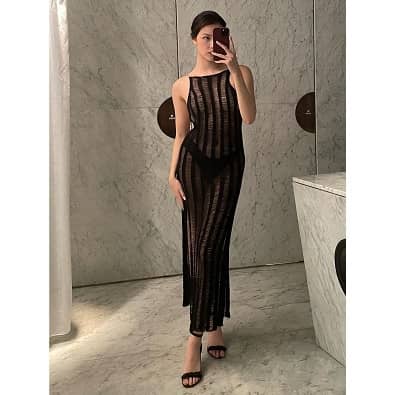 After earning fame in the dance industry, Wei decided to try her luck in the acting business. Fortunately, she did not have to wait much longer to land her first job. In 2017 she performed in a music video titled “Flashlight.” The same year Yu worked on a TV commercial for QV Gentle Wash. Meanwhile, she joined Hong Kong Youth Arts Foundation and polished her skills.

Her coach at HKAPA advised her to find a talent manager, so she did the same and connected with TMH Management and Benchmark Management. In 2022, Isa got her big break with “1899,” a Netflix series that received a lot of appreciation after its release on November 17. 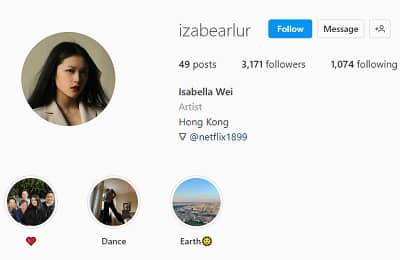 Sources told us that after the success of “1899,” Isa got booked for a significant project that is scheduled to be released in 2014. Meanwhile, the count of followers on her social media handles is increasing rapidly. If you also want to receive regular updates regarding Wei, you can visit our platform or follow her on Instagram (@izabearlur). 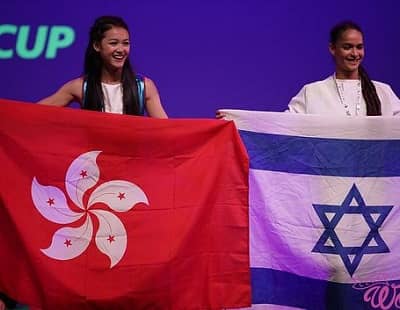 Ques: When was Isabella Wei born?

Ques: What is Isabella Wei’s nationality?

Ans: She is from Hong Kong.

Ques: How tall is Isabella Wei?