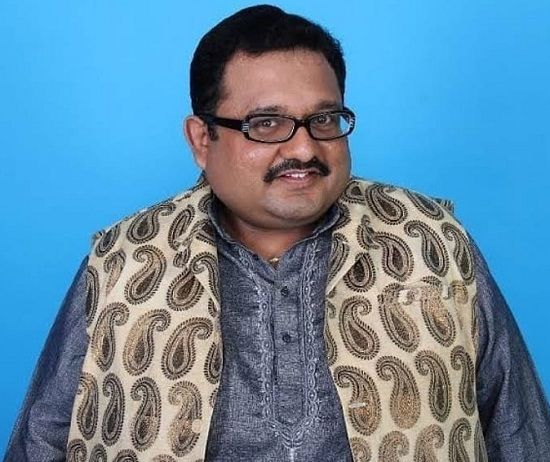 Jagesh Mukati (the year 1973 to June 10, 2020) was an Indian actor and Tv artist from Maharashtra Mumbai. He was popular in the Indian entertainment film industry for playing the character of Lord Ganesha in “Shree Ganesh.” Moreover, he considered being a magnificent Gujarati theatre performer.

The Devotional Tv Show ran from 2000 to 2002, in which he played the leading role of God Ganesh. Indian Actor Sunil Sharma Played Ganesh’s father as Lord Shiva, and Indian Actress Gayatri Jayaraman played the role of Goddess Parvati.

Mukati starred in the Indian Film Mann in the year 1999 before the show. Indra Kumar directs this film. For this, Mukati Jagesh has assigned the position of co-artist.

In the film industry, he made his mark by acted in the TV show Shree Ganesh and Amita Ka Amit.

Sadly, veteran actor Jagesh Mukati died on June 10, 2020. According to sources, the cause of his death stated to be a breathing problem.

Due to the inhalation problem, he was admitted to the Criticare Hospital of Mumbai on June 5, where he died in the afternoon of Wednesday.

When Mukati was admitted to the hospital, doctors underwent a test of Covid-19, which came negative.

His friend Sanjay Goradia said that doctors had put him on a ventilator, but nothing helped. Even after a lot of efforts of the doctor, his oxygen level was not getting stable. In the end, his death news came out.

He took birth in the world in his father, Uday Mukati, and mother Panna Gandhi Mukati home in Maharashtra Mumbai. But his family native is from Gujarat. In his life, he was living with his parents and brother. At the age of 47, Jagesh Mukati died very soon.

He completed his education high school education at the Private School of Mumbai. After that, he attends the Hinduja College of Commerce, Mumbai. In His education Life, Jagesh always participated in the Theater Arts shows.