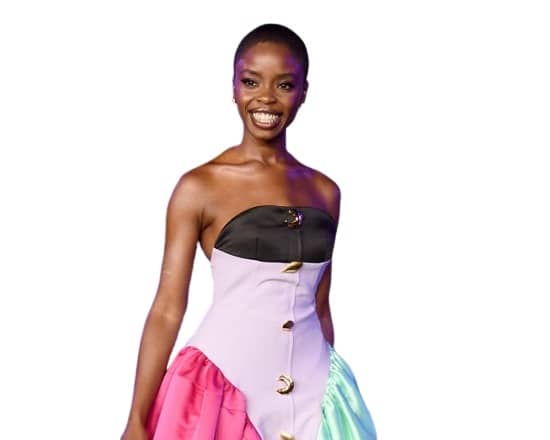 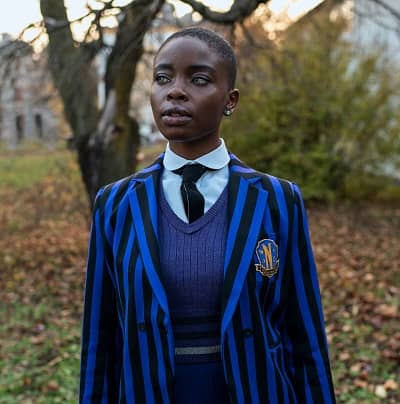 Joy Okon Sunday, aka Joy Sunday (born on April 17, 1995), is a 27-years-old actress, producer, writer, and director from Staten Island, New York. She was in Lorena Lourenço’s comedy TV series “Yas Kween,” which aired in 2018. You might have seen her in the movie “Dog,” starring Channing Tatum, where she portrayed the character of a Doctor named Gray.

In 2022, Joy rose to significance after viewers got to watch her play Bianca Barclay in a Netflix series titled “Wednesday,” which aired on November 23, 2022. It is a comedy-packed family drama featuring Jenna Ortega, who plays Wednesday Addams, a teenager with supernatural psychic powers trying to solve a mystery at Nevermore Academy.

As per sources, Okon is currently working on her upcoming film “Under the Influencer,” featuring Lauren Neal, Erin Matthews, Pam Trotter, and Pat Towne. 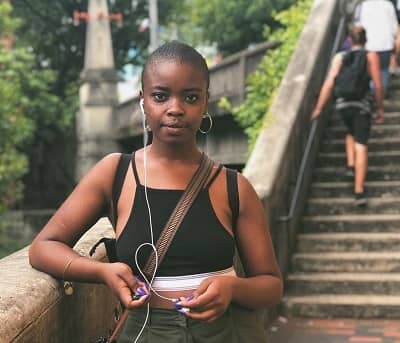 What is Joy Okon Sunday’s Ethnicity?

On April 17, 1995, Joy Sunday (age 27) took birth in Staten Island, New York, America. IMDB revealed that Okon’s father and mother are of Nigerian origin, although we have not found their names. She has an elder brother, Victor, who is a creative technologist and the founder of Averlast.

Sunday is a born artist; because of her talent, she managed to get into Fiorello H. LaGuardia High School. From our sources, we learned that the young began her journey as a stage performer in middle school. Slowly she developed an interest in writing and flourished as a writer. Following high school graduation Okon attended the University of Southern California and graduated in 2017. 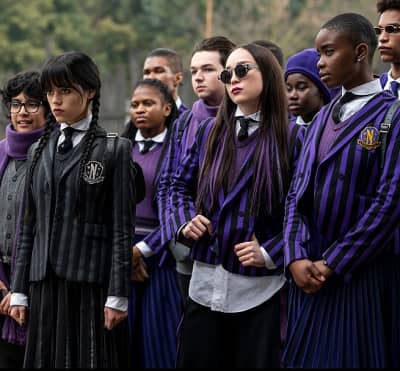 You might be surprised to know that Joy was in her final year of schooling when she began directing movies. Her first project was “Beautiful Hair,” which she not only directed but also wrote. By the time Sunday turned 22, she had already worked on four small projects, and in 2016 her career took off after she got to work on a National Geographic show, “Explorer” as Production Assistant.

After working on numerous projects, in 2018, Joy finally debuted as an actor after landing the role of Abina in Stephen Herek’s action drama “MacGyver.” The same year she worked on her first big break, “Yas Kween.” It was a comedy show where director Lorena Lourenço filmed her alongside David Mandell, Casey Thibodaux, Chase O’Donnell, and Danny Abrahms.

Now Joy waits for the day when she will play the lead role in production; considering how well she worked in “Good Trouble” and “Dear White People,” that day does not seem far. 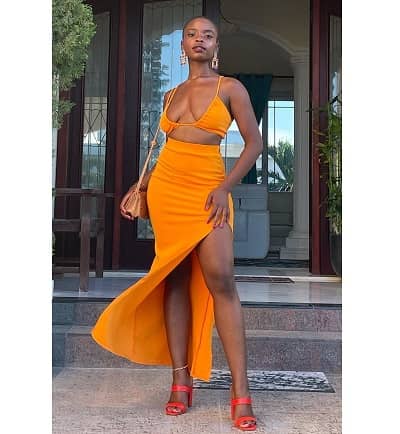 Sunday can write scripts, act, and direct shows & movies, which clearly indicates that she is immensely talented. But she also feels the urge to roam around, meet new people and try different delicacies, which is why she travels a lot. The woman loves to explore new countries, and of all the places she has visited, Romania and Italy are her favorites. 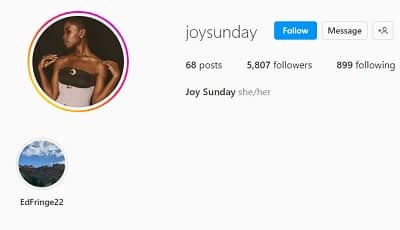 Ques: What is Joy Sunday’s age?

Ques: When was Joy Sunday born?