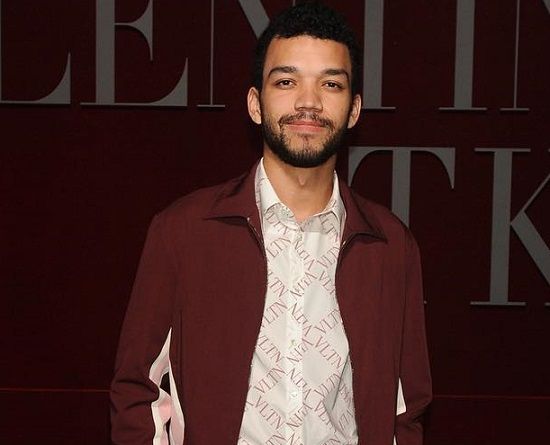 Apart from the Movies, Smith appeared American comedy television series “The Thundermans,” In which Justice played Angus’s roles only in two episodes.

From the year 2019 to 2020, he did work in Many record break movies in Detective Pikachu as Tim Goodman and All the Bright Places alongside American actress Mary Elle Fanning.

In the year 2020, Smith Worked in Generation (T.V. Series) and the upcoming film The Voyeurs Both are in post-production. In The Voyeurs, the young actor is playing the role of Thomas.

The biggest thrill is that this young artist will see playing the role of Franklin Webb in the American film Jurassic World Dominion to release in 2021.

According to Sources, Smith has nine siblings, sisters (Cameo Smith, Adrienne Smith, Victoria Smith, Felicia Smith, Angelique Smith), brothers (Wayne Smith Jr., Richard Smith, Mark Cruz Smith). He is on the number fifth in his sibling’s list. His one sister Cameo Adele Smith is a singer who sang the “Get Me High” song.

Since Childhood, he has fond of acting; when Smith was Studying in Kindergarten, he participated in Three Billy Goats Gruff fairy tale Play. He completed his Schooling at Los Angles Private School. In his high-school curriculum, he chose acting as a part of his studies.

For the past some years, Smith has not shared his life secrets in Public; on his Instagram, everyone has seen him many girls and special girl Raffaella. Both saw close to each other in many Videos and Images.

According to rumors in the past, he was in a relationship with American film actress Jaz Sinclair. How much it’s true Smith only knows that.

Recent news is that on 6 June 2020, he shared a post on his personal Instagram account that he became a part of the protest in the French Quarter for justice for Black peoples by using some of the hashtags (“Black Trans Lives Matter” “Black Queer Lives Matter” “All Black Lives Matter”).

He came out in front of the Public as Queer and Smith revealed their secrets in the media; he is in a relationship with Actor Nicholas L. Ashe.