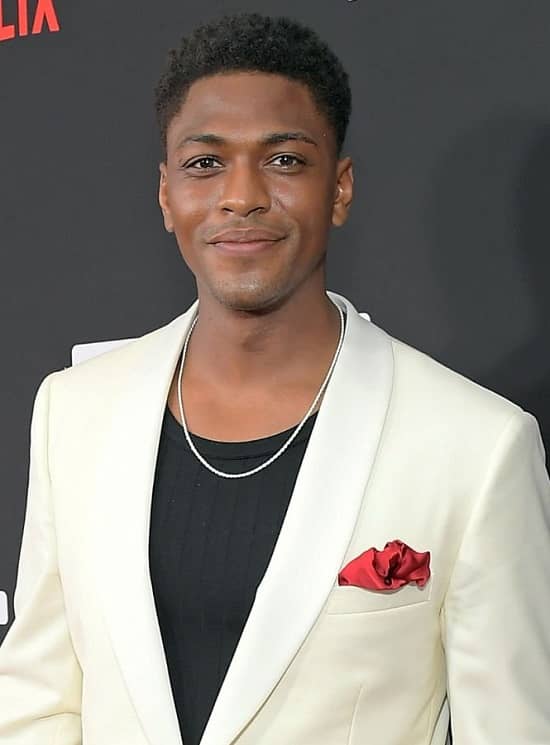 Justin Cornwell is a well-known personality in the Hollywood Industry because he is a professional musician who has given many hit songs to the music industry, including “This Day,” “I Need Your Love,” “Ever Need,” “Drink Of Desire,” “Ever Need,” and Buttaflies,” but apart from making his mark with his music talent, Justin is also better known for his acting in 2017 released series “Training Day” because in which he played the lead role of Det. Kyle Craig, Which dramatically changed his whole life. Well, “Training Day” is the best series of his life, but the real twist came in his journey when in 2020, Cornwell did the lead role of “Young Jeronicus” in “Jingle Jangle: A Christmas Journey,” for which he was nominated for the Chicago Indie Critics Award.

During the pandemic, many artists had to stay at home without work, but Cornwell’s luck was different; that’s why in 2021, he got the offer to play the lead role of “Marcus” in “The Umbrella Academy Season 3” alongside Genesis Rodriguez, Jake Epstein, Britne Oldford and Cazzie David, that’s why in 2022 Justin is once again has become the part of Spotlight.

Who is Justin Cornwell’s Girlfriend?

When it comes to Justin Cornwell’s love life, many of his fans think he is single because he didn’t upload anything about his personal life, but Cornwell’s true fans know that Justin is a married star and Lindsey Cornwell is his wife.

Cornwell met Lindsey in the early days of his college at the University of Louisville when they both were just 18, but at that time; they didn’t date at the time but stayed in touch throughout the years; eventually, 10 years later, they both reconnected in Los Angeles, California, and after that, they both share with friends and family that they have decided to live whole life together that’s why on September 7, 2019, Justin and Lindsey tied a knot. The 6 feet 5 inches tall, tall actor Justin Cornwell was born on November 5, 1988, to his mother, Sidney Cornwell, in Sharon City in Pennsylvania, but when he was about to turn one, his mom moved to Elyria City in Ohio with his grandmother where he lived most of his early years. When Cornwell was about eight or nine, he shifted to Louisville City in Kentucky with his mother, Sidney Cornwell, and stepfather Robin Bodiford. While living in “Louisville,” he showed an early interest in the arts starting in elementary school and began participating in plays, chorus, and saxophone lessons. As a gifted singer/songwriter, Justin tried out for several talent competitions, including American Idol, but since childhood, he also had a passion for becoming an actor, which came inside him because his parents and grandparents ran a video store; that’s why his mom allowed him to watch everything.

Cornwell had a lot of energy at a young age, but he didn’t know how to direct it and when Justin was about 12 years old, he got the chance to play the Captain Butterworth role for the first half that he got from another kid who wanted make his parents happy.

In the process of making a career in the Music and Acting industry, he attended Eastern High School in Louisville, Kentucky, where he participated in Chorus, the Madrigal Singers, and school plays, and after that, Justin attended the University of Louisville, where he acted in several plays and studied Theatre Arts under the notable Dr. Russell Vandenbroucke.

He got the first setback while making his career when in 2009 his stepfather died after that he lost his tuition reimbursements and in order to continue his studies, he took a student loan. Cornwell ventured out on his own in 2011, two years after the death of his stepfather, and relocated to Chicago, Illinois, to pursue his goal of acting, where he joined Chicago Shakespeare Theatre and appeared in the plays “Othello the Remix” and “A Midsummer Night’s Dream.”

His time with the Chicago Shakes gave him a foundation and experience that enriched his whole career, and while residing in Chicago, Justin signed to the talent agency Gray Talent Group.

During his 5 years in Chicago, Justin began his professional career by working in TV commercials such as Walmart, the Ohio Lottery, Rum Chata, and JCPS, but his on-screen journey started in 2013 by working in the Poor Perception short film; after that, he worked in “Chicago PD,” “Empire,” “Chi-Raq,” “Training Day,” “I Am the Night,” “The InBetween,” and Nowadays he is working with Director Gareth Evans forthcoming film “Havoc.” Ques: Who is Justin Cornwell’s Wife?

Ques: How much is Justin Cornwell’s Height?

Ques: How old is Justin Cornwell?

Ques: Who is Justin Cornwell’s mother?

Ques: Who is Justin Cornwell’s stepfather?

Ques: How much is Justin Cornwell’s Net Worth?

Ques: Who is Marcus in The Umbrella Academy Season 3?.