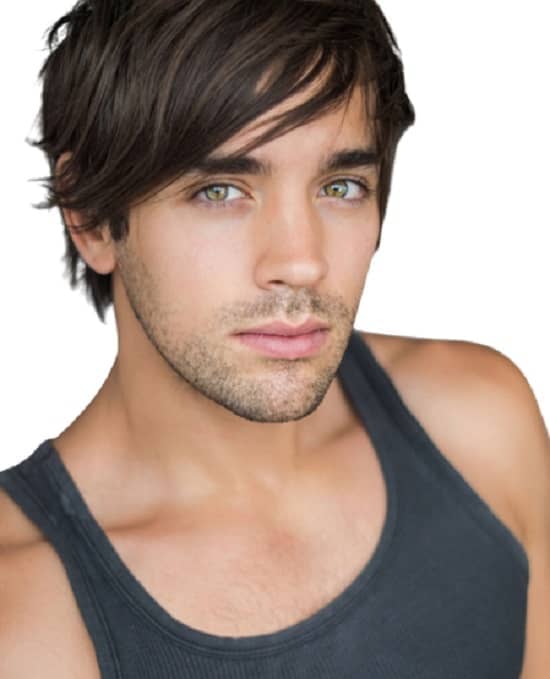 In 2021, his popularity reached heights after he landed the role of Alex Joven alongside Ximena Lamadrid in the Netflix series “Who Killed Sara?”. This Mexican Crime drama first aired on March 24, 2021, and got a perfect response, after which the makers of the show decided to release new installments. Continuing the story, the show’s makers released on May 18, 2022, the third installment of “Who Killed Sara?”. On May 27, 1990, Leo Deluglio (age 32) took birth at the residence of his mother and father in Buenos Aires, Argentina. Mom Lili Lea always cared for Leo and his four brothers’ needs. Lili is the one who motivated Deluglio to pursue a career in the acting and modeling industry. When the actor was only 8, his mother made him attend local acting nearby their house. Here he got to learn the art of acting from the basics. In the beginning, he used to be very shy, but he learned how to be confident and overcame his fear of the stage with time. After schooling, he pursued a Bachelor’s degree in acting and decided to relocate to avail the best opportunities. Like most actors, Leo also refrains from sharing details regarding his love life. He barely shares any information regarding whom he is dating. But on December 19, 2021, he shared a photo of himself and actress Ana Valeria Becerril on his social media account with a caption, “The beauty of love is that you don’t need tricks for the magic to happen…”.

It implies that they are both dating each other. Because the photo that Leo uploaded was taken on their holiday trip, which suggests that they had been dating for some time because no one goes on a holiday trip with someone with whom they are newly engaged in an affair. Leo Deluglio was only 18 when he got his first break for a kids’ show named “Patito Feo.” In this Disney show, he performed the role of Viny and got really popular in South America. With time he became a well-known face in kids’ shows because the success of “Patito Feo” helped him get more acting jobs. He portrayed the character of Viny in over 134 episodes in 2008.

After Disney’s show, the next role he got was of Matías Rey in a musical drama called “Champs,” a hit 2009 show in which Leo worked in more than 127 episodes. Within two years of his acting career, Deluglio established his distinctive identity.

In 2020, he got a chance to work in Paramount+ Originals’ romantic-comedy-drama “Cecilia.” This show allowed Leo to work with artists like Samantha Castillo, Michel Brown, Lumi Cavazos, Erik Hayser, and Mariana Treviño.

Ques: How old is Leo Deluglio?

Ans: The Argentinian star is 32.

Ans: He is from Argentina.

Ques: Who portrayed Alex Joven in “Who Killed Sara?”?

Ques: Net worth of Leo Deluglio?