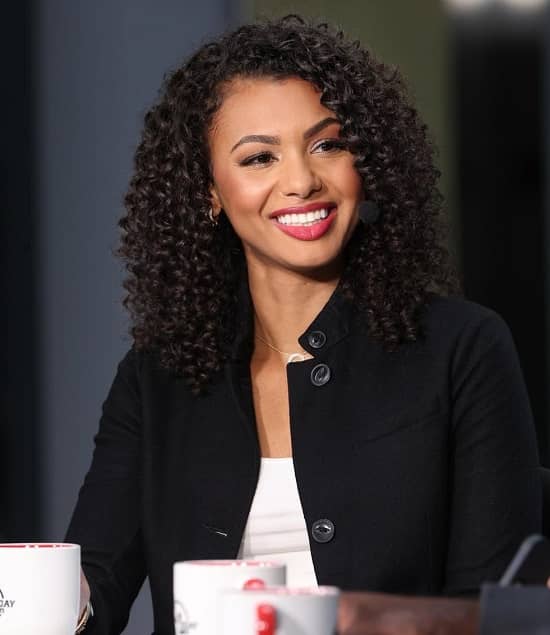 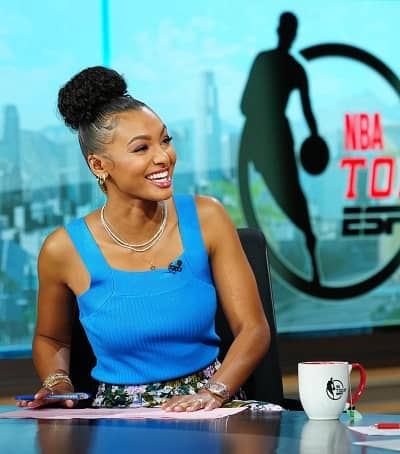 Malika Andrews (born on January 27, 1995) is a 27-years-old famous sports journalist who covers NBA news for ESPN. She joined the sports channel in 2018 as a writer and was the youngest reporter at that time. In 2021 her name appeared on the Forbes list of 20 Under 30 for her achievements. Currently, the lady hosts ESPN’s “NBA Today” show and is one of the most popular female sports journalists.

The Boston Celtics made headlines in September 2022 due to the suspension of its head coach. The Boston Celtics’ management suspended Ime Udoka and named Joe Mazzulla as interim coach. The majority of Boston fans were outraged by the team’s decision.

While a debate about the fate of the Boston Celtics in season 2022-2023, Andrews presented some facts that made her a subject of headlines. Malika revealed that Mazzulla had faced battery charges in 2009, following which he was suspended from the game. 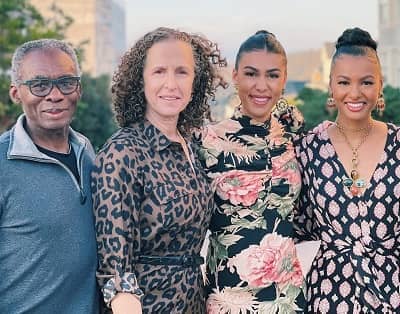 From Where is Malika Andrews?

On January 27, 1995, Malika Rose Andrews, aka Malika Andrews (age 27), took birth in Oakland, California, the U.S. Her mother, Caren, is Jewish and works as a teacher, and her father, Mike Andrews, is a Christian and a renowned personal trainer. She has a younger sister named Kendra Andrews.

According to sources, she attended Head-Royce School in Oakland, and after eighth grade, she moved to Utah and attended boarding school.

Her interest in sports motivated her to become a sports journalist; in 2012, she joined the University of Portland and began studying communications. In 2017 she graduated from UOP and started working as a writer for The Beacon. 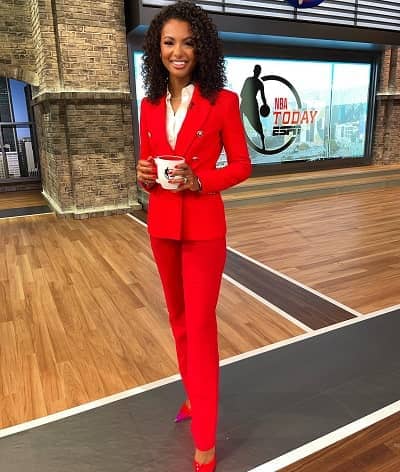 After working for a few months on The Beacon, Andrews did an internship at Denver Post; later, she worked as a reporting fellow at New York Times. She even worked for the Chicago Tribune for a year, but in 2021, ESPN appointed her to cover news related to Brooklyn Nets and New York Knicks.

Seeing her impressive work in the field of sports journalism, the jury of Emmy nominated her for the award of Emerging On-Air Talent. Mallika also received recognition because she is also the only black-female reporter on ESPN.

As her popularity increased, the head of the sports channel told her to host more shows like “The Jump,” “Get Up,” and “NBA Countdown.” According to trusted sources, in 2021, Mallika shifted to L.A. from NYC due to her job. 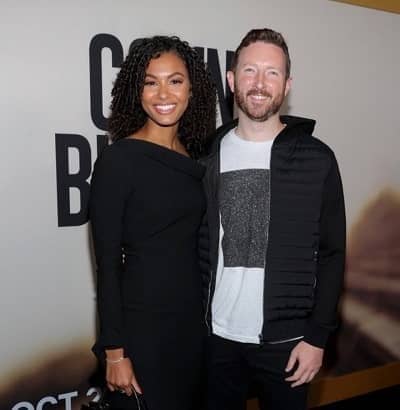 Who is Malika Andrews’ Boyfriend?

In May 2022, a picture started circulating all over the internet, claiming Malika was dating Dave McMenamin. People termed the ESPN author as Andrews’ boyfriend because they attended an event together. Neither of them ever made any comment about the rumor, which is why it is still not confirmed whether they are dating or not.

Ques: How old is Malika Andrews?

Ques: Who is Malika Andrews’ boyfriend?

Ques: How much is the height of Malika Andrews?

Ques: Who is the sister of Malika Andrews?

Ques: how much is Malika Andrews’ net worth?