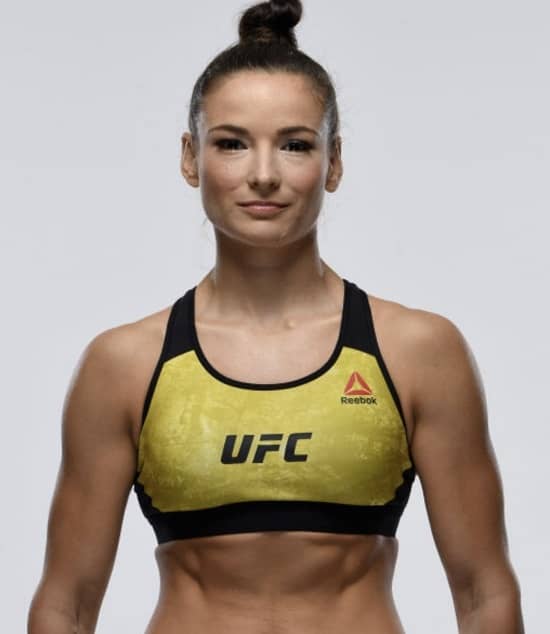 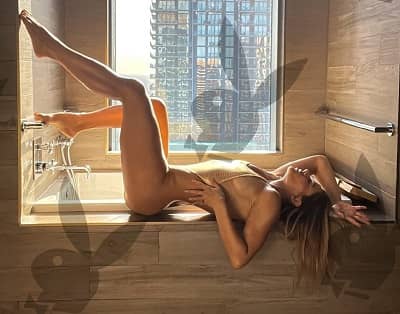 Maryna Moroz (born on September 8, 1991) is a 31-years-old Ukrainian mixed martial arts fighter who competes in UFC in the minimum/flyweight. When we wrote this article, there were 11 wins in her name, of which 1 was by knockout and the other by submission (6) and decision (4). Because of her rock-solid body and strong character, people nicknamed her The Iron Lady.

Typically Moroz comes into the news because of her professional success, but in September 2022, the female athlete gathered attention as Maryna became the first UFC fighter to become part of Playboy Centerfold. Maryna also shared a few hot pics on her Instagram account (maryna_moroz_ufc).

If you are interested in following Moroz’s Centerfold account, you can do so for free, but you will have to pay the price ranging from $2 to $200. 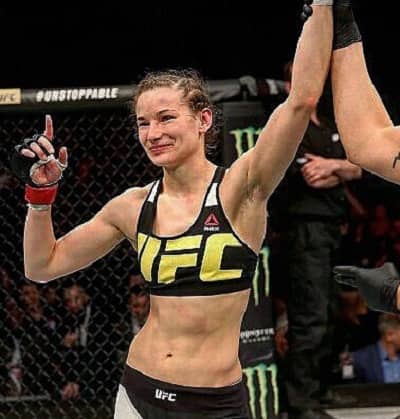 On September 8, 1991, Maryna Moroz (age 31) was born to a Christian family in Volnogorsk, Ukraine. The Father and mother of this athlete keep their distance from the camera and social media, which is why there is no information available about them.

According to verified sources, Moroz began learning boxing when she was a teenager. After completing high school, Maryna realized and experienced a lack of opportunities for female boxers, which is why she stepped into the world of MMA (Mixed Martial Arts) after turning 22. In 2012 she fought in her debut match against Yana Kuzema and won with an impressive score of 5-0. 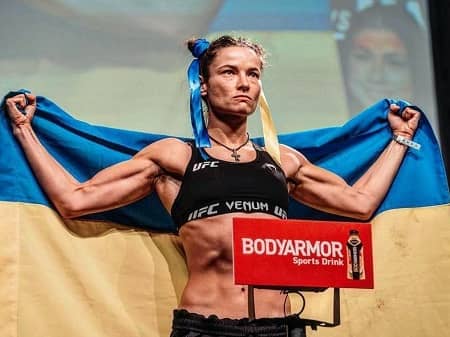 Career as a Fighter

A year after debuting in MMA, Moroz moved to Miami, Florida, America, where she signed a contract with Xtreme Fighting Championships. Her performance in her debut XCF match was also impressive. Soon the Ukrainian lady entered UDC (Ultimate Fighting Championship) and her fight against Joanne Calderwood helped her win massive publicity because she beat the Muay Thai easily. 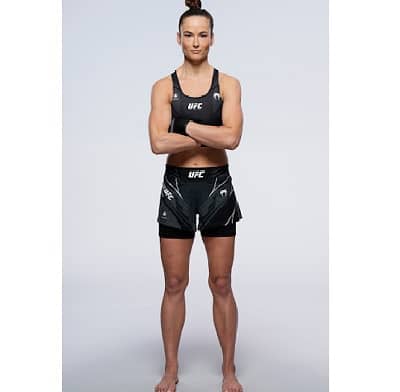 Within a few years, she managed to establish herself, and sponsors lined up to sign a contract with her. With time her career kept growing, and with each win, she stepped one step above as an athlete. In 9 years of her career, Moroz fought 14 matches and lost only three matches.

Besides the prize money, Maryna earns money promoting brands like Metabolic Nutrition, Strong Coffee Company, and Jones Soda Co. In 2022, she did something nobody expected and joined the Playboy Centerfold. 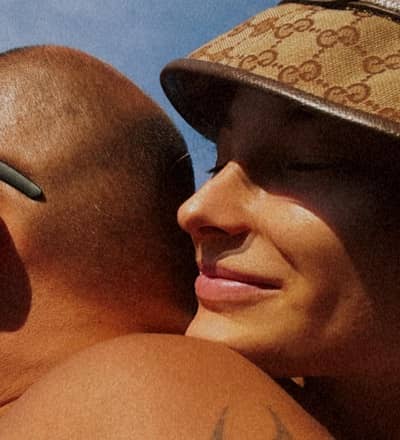 Yes, the Ukrainian fighter is married to a handsome man named Serhii Zakoliaiev. Maryna’s hubby does not like social media platforms which is why he does not maintain one, but Moroz once shared a photo of him on Valentine’s day in 2021 with the caption “My Support.” Currently, it is not known when they are tied in the knot, but according to speculations, it has not been much time.

Ques: When was Maryna Moroz born?

Ques: How old is Maryna Moroz?

Ques: Who is Maryna Moroz’s husband?

Ques: How tall is Maryna Moroz?