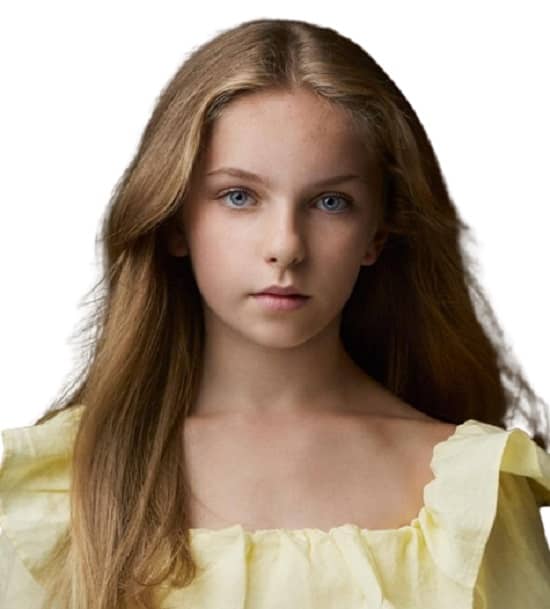 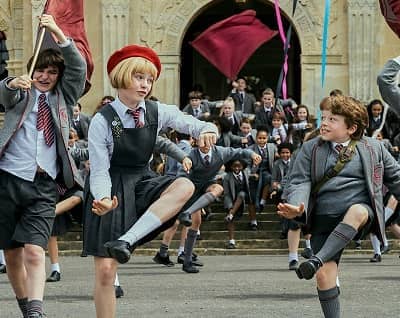 Meesha Garbett (born on June 12, 2008) is a 14-year-old professional dancer and actress from Shropshire, England. She began her journey as a dancer at age 3 and participated in various dance competitions, including a dance performance during Justin Bieber’s live world tour.

A few years back, she auditioned to be a part of IMD Legion and luckily got selected, following which she appeared at “Britain’s Got Talent.” You might have also seen Garbett in “Fast & Furious Presents: Hobbs & Shaw,” where she played the role of young Hattie.

In 2022, Meesha began floating into the spotlight after making her landing as Hortensia in “Roald Dahl’s Matilda the Musical.” It is a family-comedy movie featuring Alisha Weir as Matilda Wormwood, a girl who takes a stand to change her fate. Other notable celebrities in this iconic movie are Andrea Riseborough, Emma Thompson, Lashana Lynch, and Stephen Graham. 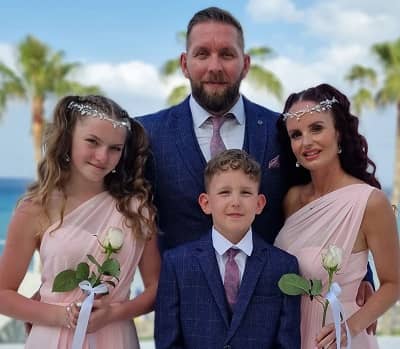 How Old is Meesha Garbett?

On June 12, 2008, Meesha Garbett (age 14) took birth in Shropshire, England. Accordign to sources, her father, Keith, is a professional bodybuilder and her mother, Michelle Garbett, is a housewife. The talented actress also has a young brother named Keith, who sometimes appears in her TikTok videos.

According to sources, Meesha was 3 when she fell in love with dance. She started her dance training in classical form and slowly learned other forms like ballet and tap. At 7, she began her journey as a street dancer and explored multiple opportunities. Two years later, she won 1st place at the UDO street dance championship.

The same year Garbett got the honor to share the stage with Justin Bieber and appeared on the front page of the local newspaper. 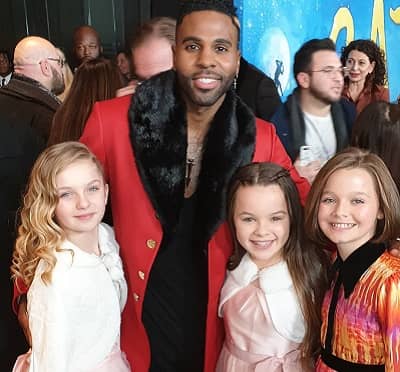 After earning a name and fame in the dance world, Meesha stepped into the acting world. She started with a 2019 multi starer Hollywood movie “Fast & Furious Presents: Hobbs & Shaw.” The days she got to hear about her selection for the role of Hattie, she was on cloud nine.

Meanwhile, she also did a music video titled “George Ezra: Pretty Shining People.” A year after entering the movie industry, Meesha made it into show business with Gaby Hull’s crime thriller “We Hunt Together.” 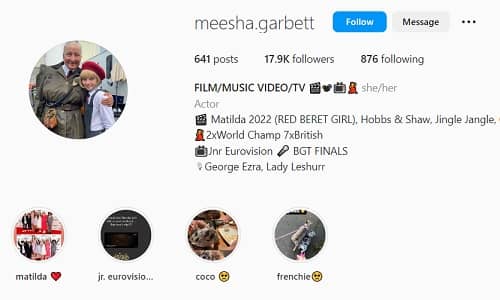 Besides appearing on TV shows and movies, Meesha is also popular because of her TikTok clips. Almost regularly, she shares videos on her TikTok handle (meeshagarbett_), and hundreds of thousands of people watch her.

Youths love Meesha’s dance videos which is the main reason behind her popularity on the lip-syncing platform. You can also check her videos on her Instagram handle (@meesha.garbett), which is already followed by more than 17k people. 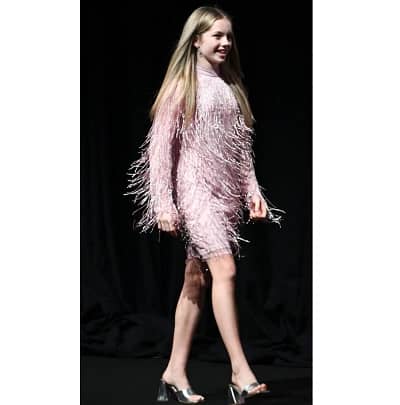 Ques: Who played Hortensia in “Matilda the Musical”?

Ques: What is Meesha Garbett’s age?

Ques: Who are Meesha Garbett’s parents?

Ques: How tall is Meesha Garbett?