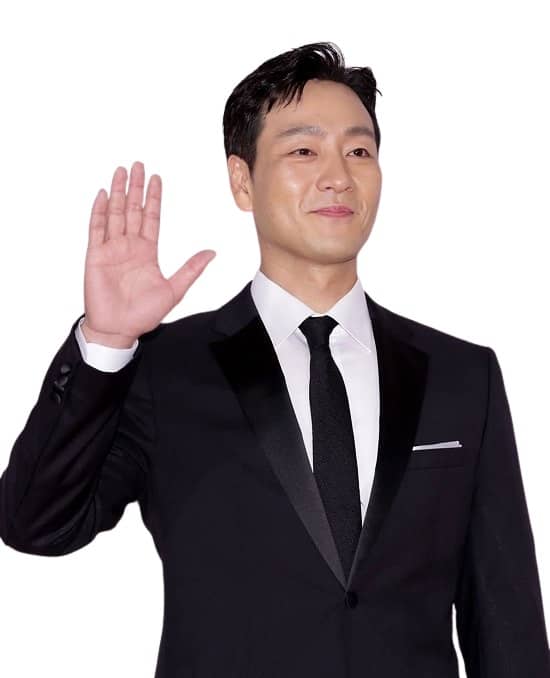 40-years-old Park Hae Soo (born on November 21, 1981) is a Korean superstar. He entered the Korean acting business in 2007, and his first acting role was Kim Yun-hu in a TV show titled “God of War.” In 2021 this talented actor gained worldwide attention after playing the role of Cho Sang-woo in a beloved series named “Squid Game.”

The “Squid Game” budget was only $21.4 million, but as per Netflix’s valuation, it generated more than $900 million in revenue. Park’s character got so popular that his worldwide fan base started calling him Sag-Woo. After one year of playing Cho Sang-woo, Hae returned to the TV industry with a highly anticipated project titled “Money Heist: Korea – Joint Economic Area.” This time Soo played the role of Berlin, the iconic character of the Spanish version of “Money Heist.”

Although the names of the characters are as same as they were in the initial version, this time, the place and plan of the heist are entirely changed. We would not tell you about the story because it might ruin your viewing experience, but we could tell you that the target of the Professor and his team would be Joint Economic Area. Park Hae Soo (age 40) took birth in Suwon, Gyeonggi, South Korea, on November 21, 1981, at his mother and father’s home. One popular thing about Hae is that he keeps the details about the persons in his life secret, which is why we do not have any data about his mom, dad, and siblings.

Although there is not much information about Soo, we learned that he completed his school education while living in his hometown. In 1999, Park joined Dankook University to do his higher studies; in 2003, he graduated with a bachelor’s degree. While in high school, Hae joined a local theatre and started practicing musical theatre. He was 26 when his theatrical career began with a play titled “The Strongest Comedy Mr. Lobby.” With time he became a polished actor but was yet to make his professional debut.

Finally, in 2012, Soo participated in the show “Soldier,” and his professional career took off. It was a history-based TV drama where Hae played Kim Yun Hu in 49 episodes. After his first television appearance, people started recognizing him. From 2013 to 2017, he played roles in various Tv programs, including “Me and Mom and Dad and Grandma and Anna,” “Six Flying Dragons,” “The Legend of the Blue Sea,” and “The Liar and His Lover.”

The role which helped Park gain worldwide fame was “Prison Playbook,” a comedy-drama where he played the role of a baseball player named Kim Je Hyuk (the lead role). As his popularity rose, he even worked in movies. The first film that Soo did was the 2014 super hit production “The Pirates.” A few more movies like “Minority Opinion,” “Master,” “By Quantum Physics: A Nightlife Venture,” and “Time to Hunt” got added to Park’s career timeline. He was also in the 2022 famous movie “Yaksha: Ruthless Operations” as Han Ji-hoon.

The success of “Squid Game” gave his career a much-needed boost, and now he stands among the most famous faces of the Korean Film industry. 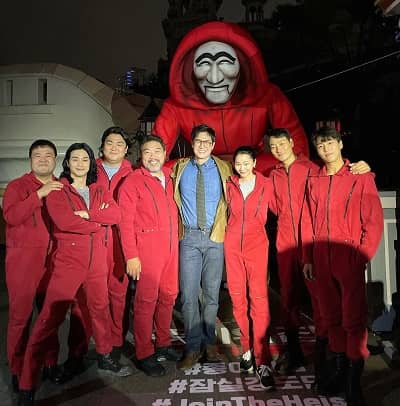 Although it is Park’s nature to keep his life private, we found that he is married. In 2019 he got tied into an unbreakable relationship with his girlfriend. The wedding happened at a beautiful venue in Seoul. The name of Soo’s wife is unknown, and she also never attends any screening event with her husband.

After two years of married life, in 2021, Hae’s wife gave birth to a beautiful son. Park’s talent management agency announced the news regarding the baby’s arrival.

Ques: What is the name of Park Hae Soo’s wife?

Ques: What is the username of Park Hae Soo’s Instagram handle?

Ques: What is the Korean name of Park Hae Soo?

Ques: How much tall is Park Hae Soo?