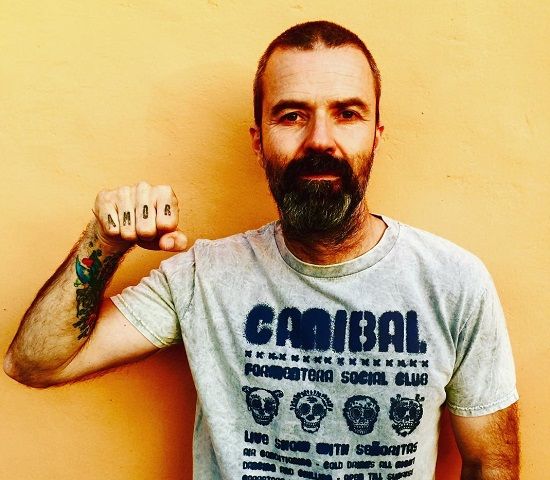 He has had cancer since 2015. On 1 2015, For the Operation of colon cancer, he admitted to the hospital that’s the reason he canceled all the Concerts of that year.

On April 5, 2016, Pau announced via his Twitter that he had recovered from cancer. After that, he was suffering from recidivism (relapse). Thus he was becoming a weakness.

According to the Jarabe de Palo Family Message on Jarabe de Palo Offical Instagram and Twitter, colorectal cancer (Colan cancer) suffers. He died at the age of 53.

His Family, Group members, Fans, and other known celebrities are sad to lose such a talented artist.

Donés Cirera was born on October 11, 1966, at his parent’s home, Barcelona city, in northeastern Spain. Since childhood, he loved Music. When Donés was 12, he got his first guitar.

His mother gave him Electric Guitar when he was 16 years old. In the same year, Jarabe de Palo’s Mother died due to a suicide attempt. He is the son of Amado Donés.

Pau has two brothers Marc Donés and Bernat Donés. He started his Music journey with his brother Marc by founded their first Music group J. & Co. Band and Dentaduras Postizas.