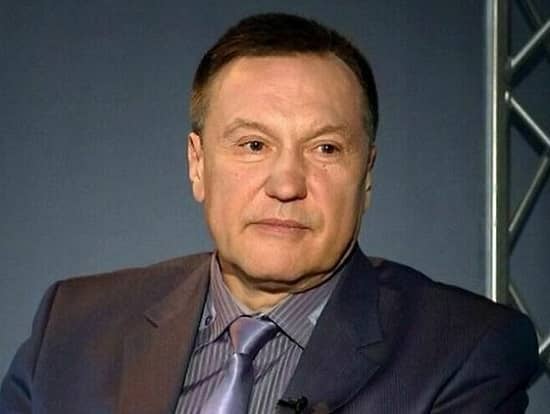 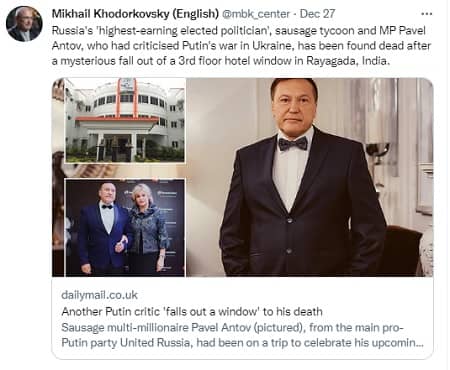 Pavel Antonov aka Pavel Antov (born on December 22, 1957) was a 65-year-old Russian MP and Businessman. He was the highest-earning and richest elected politician. He was the founder of Vladimirovskii Standard, a sausage-making company. On December 24, 2022 world got shocked after the news came that Pavel died in mysterious circumstances. Russian President’s harshest critic, Mikhail Khodorkovsky, also shared the information through his Twitter handle.

Here we would like to point out that Antov was a member of Russian President Vladimir Putin’s party United Russia and was serving as Head of Legal Operations in Russia, but because of his remarks against the Russia-Ukraine war, the media was terming him as anti-Putin. 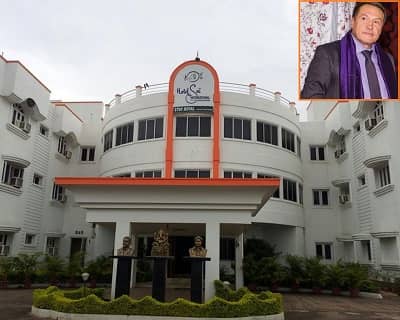 How Did Pavel Antov Die?

According to NDTV, the body of the sausage billionaire was discovered in a pool of blood in front of the Hotel Sai International, Rayagada, Odisha, where he was on vacation with three other Russians. Sources revealed that Pavel arrived in the middle of December in Odisha with his friends to celebrate his 65th birthday.

They visited various sites, after which they came to the hotel in Rayagada early that week. Two Indian tour guides who accompanied the group and the other two Russians who were part of the group were questioned.

Police are labeling it as a case of suicide, and it is being said that the rich man was under depression because of his dear buddy Vladimir Budanov’s death at the same hotel. 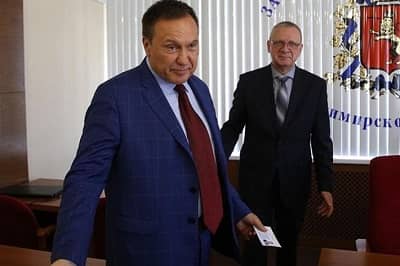 How Much is Pavel Antov’s Net Worth?

Antov was a prominent member of the Vladimir region’s parliament and the founder of the Vladimirsky Standart factory, a few hundred kilometers east of Moscow, with which he collected assets worth more than 130 million euros. Forbes revealed that Antov’s company earned a net profit of 553 million rubles in 2019.

He belonged to United Russia, the political party of Vladimir Putin, and played an essential role as an advisor in the formation of agrarian policy.

Antov created a stir in June with a WhatsApp status update. He seemed to criticize the conflict following a rocket strike on Kyiv that killed a man and injured two family members.

Antov later removed the message. He claimed that he mistakenly shared someone else’s status update even though he despised the message’s viewpoint. Then, Antov issued a comment stating that as a “patriot of my nation,” he supported Putin. 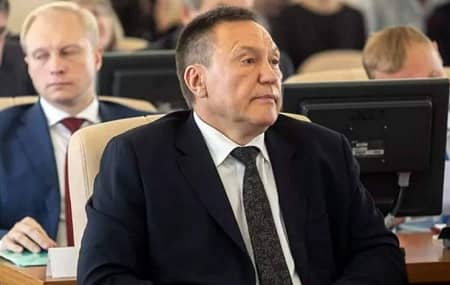 How Old was Pavel Antov?

Pavel Genrikhovich Antov (age 65) was born on December 22, 1957, in Voskresensk, Moscow, Oblast, Russia. He belonged to a wealthy family, but whatever he earned resulted from his continuous hard work and struggle. He completed schooling with flying colors in 1975 and then graduated from St. Petersburg Military Medical Academy. For 28 years, until 1985, he lived in Moscow, after which he moved to Vladimir.

According to friends, Pavel Antov achieved everything in his life. During perestroika, he delivered the crystal to different regions. Then he opened 20 pawnshops and several jewelry stores. In 2000, one of the partners brought him equipment for sausage production from Kazakhstan, and he founded the Vladimir Standard group of companies that began producing meat products. 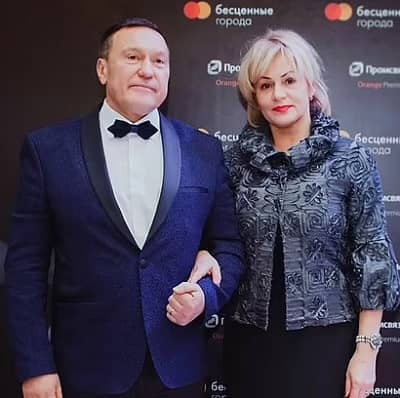 Who is Pavel Antov’s Wife?

According to one of Antov’s close friends, he was married twice in his life. From his first wife, there is a daughter who is currently married. The second time his wedding happened to a widow of an army official. He was a good-hearted person with love for good wine and art pieces. The said friend also revealed that Genrikhovich helped him a lot of times.

Ques: What is Pavel Antov’s net worth?

Ques: What is the name of Pavel Antov’s friend who died at the same hotel?