Percelle Ascott (born on 10th June 1993) is a versatile British artist, producer, actor, and writer who has managed to shape his career by himself. He is famous for his roles in “Youngers,” “Wizards vs. Aliens,” “Doctors,” and “The Innocents,” and he has come a long way from founding his start-up to acting in significant roles on-screen; he knows the actual value of fame. He is grateful for every bit of it, and he recently bagged a position in “I Came By,” a Netflix thriller.

Here’s more on Percelle, who is set out on making it big in the industry. Percelle Ascott was born on 10th June 1993) in Bulawayo City in Zimbabwe, but he moved to England at the age of 3, along with his mother and father, Marcus Ascott; there, he grew up in Penge, South London, where he lived with his aunt and cousins in a 2 bedroom apartment, he has seen the struggles his family had to face during those times, financially, his mother worked two jobs to put food on the table. 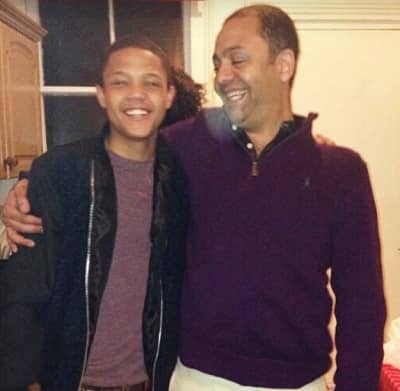 Despite all this, his family supported him and encouraged him to go after his dreams; he discovered acting at the age of 11 when he played the part of Mowgli in his school production of “The Jungle Book,” his drama teacher, Mrs. Beattie at Woodcote High School helped him to get into BRIT School by the time he was 16, it was here that he met Joivan Wade, his collaborator on “Mandem on the Wall,” a web series, they are now best of friends, more like brothers, they together founded “The Wall of Comedy” a Youtube channel that currently has 604K subscribers and is doing pretty good. This 29-year-old actor Percelle Ascott made his TV debut with BBC Two ” Excluded,” as Wayne; in 2010, he also guests starred in two episodes of “Silent Witness” and had a short film “Electric,” later he and Joivan Wade were offered to perform a comedy sketch on one of Glen Murphy’s live shows it was here they met another actor Dee Kaate, they trio was then cast in E4 series “Youngers,” they became pretty close, now Kaate is also a part of their YouTube channel. Ascott got his feature film debut in the 2013 musical “Beat Girl” and later landed a supporting role as Ben in “A Brilliant Young Mind,” then from the years 2012-2014, he was seen in CBBC’s “Wizards vs. Aliens” TV series. Over the next few years, people noticed him in short films and TV series for his work in “Sunroof,” “Pompidou,” “Little Big House,” and “Doctors,” and he was also seen once or twice on “BBC Comedy Feeds,” “The Coroner,” the trio of Ascott, Wade and Kaate was reunited for “The Weekend” where Ascott played the role of Malcolm.

He rose to fame after the release of the British supernatural Netflix series “The Innocents,” where he played the lead role of Harry, a shapeshifter, alongside Sorcha Groundsell and Guy Pearce, and received the recognition he deserved; it became the highlight of his career. 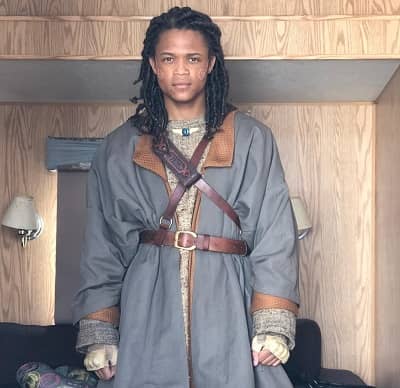 Percelle was then seen in “Doctor Who,” but his life began changing with his first feature film, “The Dare.” After that, he was offered a few roles in short films like “Dawn in the Dark,” “My Favourite Place,” and “Colby,” as well as the TV series “Tin Star,” recently he landed another Netflix film, “I Came By,” he will also be seen in upcoming projects “Inner Bull,” and “Kukeri.” Ques: When is Percelle Ascott’s birthday?

Ques: What film Percelle Ascott is in?

Ques: What is Percelle Ascott’s height?

Ques: What is Percelle Ascott’s net worth?

Ques: Is Percelle Ascott dating anyone?