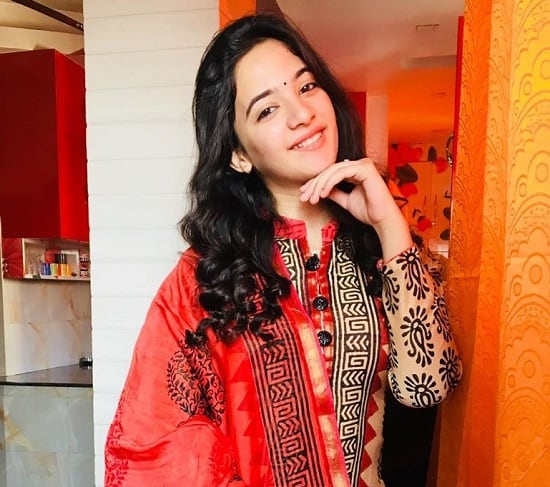 She had been making dance videos for the past several years. Apart from Tiktok, she shared these videos on social media platform Instagram and YouTube. In the last few years, she became a big star thanks to Tiktok. Some time ago, she shared a video on an Instagram story while dancing to a Punjabi song dance video.

Siya committed suicide by hanging on Wednesday night. The news of her death has shocked and upset everyone. She had more than 1.6 million followers. A big disclosure has been made on behalf of her family regarding her suicide.

They said that since then, Siya was getting threatened from some days. Family members say that Siya looked normal as usual. A day before the suicide, she also spoke to his manager. Seeing Siya, she did not seem to be in any trouble.

According to the police, Siya’s suicide was registered from the Geeta Colony hospital at 9:30 p.m. on Wednesday 25 June 2020. Upon reaching the hospital, the family told the police that she had been hanged in her room by a fan.

TikTok Star Girl Family said to police after getting famous their daughter hired Mr.Arjun Sarin as manager. According to her manager Arjun Sarin, on Wednesday night, she had a talk with Kakkar in connection with a song.

She was in a happy mood and was well. Her manager told the police that he did not know what happened because she took this step.

Her family told the police that their daughter would often face threatened to make a TikTok video. She used to get a little upset about that. But the clear reason for suicide has not yet been revealed.

After taking the body, the police and crime team investigated her room. After the preliminary investigation, police are calling her death a suicide. Police have taken her mobile, laptop, and some documents from her room. Police on Thursday handed over the body to the family after the post-mortem.

The police have already been involved in the investigation. On 14 June 2020 Sushant Singh Rajput (Actor) also committed suicide by hanging himself in a house in Bandra West, Mumbai. His suicide has left behind many issues. They’re becoming tough to solve.

In this article, we will try to give all information about the Tiktok star Siya Kakkar Biography.

The famous social media star Siya took birth in the Hindu family on 11 March 2004 by her mother Mrs.Kakkar and Father Inder Kakkar. Her parent’s full name is not available on her social media platform and media. She has a sister

Since the year 2017 Siya came on social media by posting her first picture on Instagram on January 15, 2017. From that day her life was changed.

As per the Facebook account information, Siya completed her schooling education at St. Xavier’s High School, New Delhi after that she joined St Stephen’s College.

Everyone wanted to be the boyfriend of this famous girl Siya Kakkar. But much is still incomplete about their relationship. He never shared an unknown man on social media platforms.

Police are investigating all his social media accounts, last calls, Kakkar Friends, and Family. We will update if the reporter will give any information about Siya Kakkar’s boyfriend and relationship’s status.