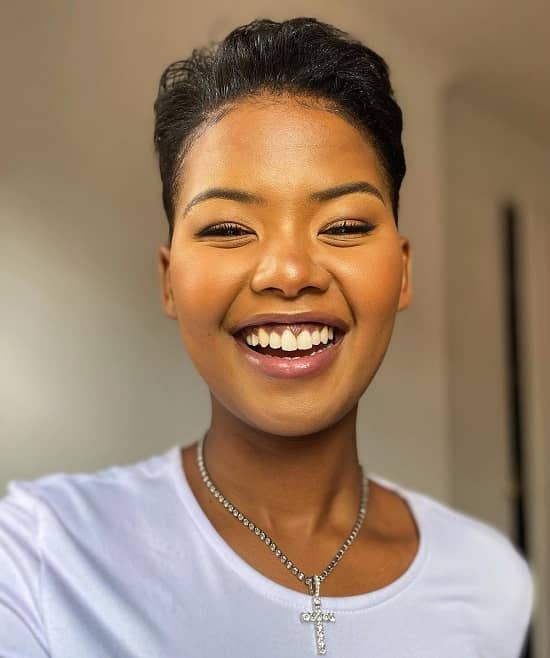 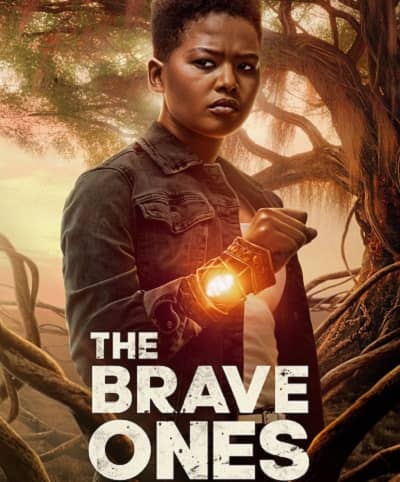 Sthandile Nkosi (born on September 24, 1996) is a 26-years-old South African social media influencer, actress, and model who is recognized for her works like “Shuga” and “Dead Places.”

In 2022, Nkosi rose to prominence after landing a prominent role in Akin Omotoso-directed fantasy sci-fi drama “The Brave Ones,” which aired on one of the largest OTT platforms, Netflix, on September 16.

On the one hand, where Sthan is earning fame for “The Brave Ones,” on the other hand, she is gaining appreciation from the viewers for her performance as Amina in Gray Hofmeyr’s comedy film “Mr. Bones 3: Son of Bones.”

There is a lot about this talented artist that is not known to many but if you want to learn about your favorite actress, then keep reading this article. How old is Sthandile Nkosi?

On September 24, 1996, Sthandile Nkosi (age 26) took birth to his parents in Soshanguve, Gauteng. According to sources, she grew up alongside her brothers Ntando and S’thé Nkosi in Pretoria. The actress attended Pro Arte Alphen Park and completed her schooling in 2014. After school, she joined a prestigious university and completed her graduation in 2018.

Unlike ordinary people, Sthandile wanted to do something different and chose acting as her career path. She knew that entering the highly competitive business would not be easy, so she took proper training from a drama school in Johannesburg. 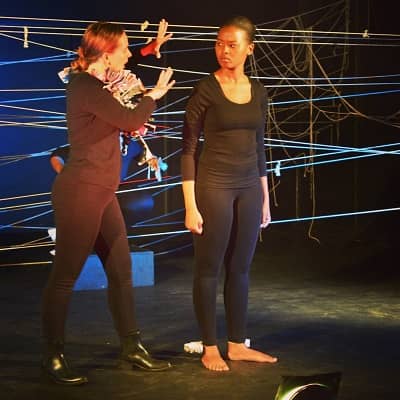 While attending drama school, Nkosi started appearing for auditions but did not get any acting jobs quickly. Luckily in 2018, she impressed auditioners while auditioning for the show “Shuga” and got picked for the role of Manicurist; from there, her career took off.

The following year she became part of a sports-themed drama, “Vula Vala,” and portrayed the art of Teaspoon. It was a Mandla N’s show filled with experienced artists like Tina Jaxa, Khanyisani Kheswa, Patricia Khumalo, Darlington Michaels, and Zola Mzisi. 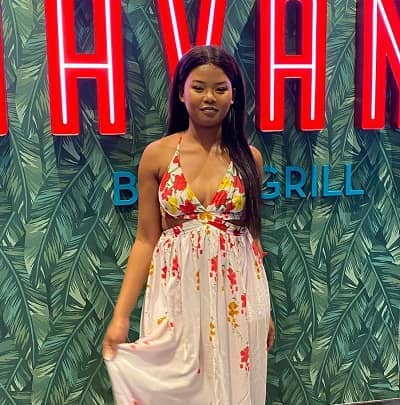 In 2022, Sthandile received a breakthrough after got chosen to play the lead role in “The Brave Ones.” Nkosi played Ntsiki, a girl who tries to avenge her sister’s murder. 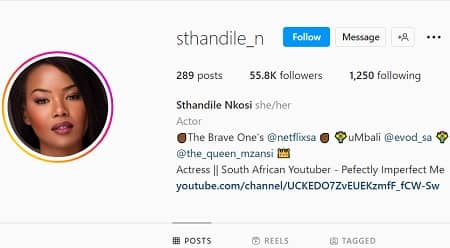 Ques: What is Sthandile Nkosi’s age?

Ques: When was Sthandile Nkosi born?

Ques: From where is Sthandile Nkosi?

Ques: Is Sthandile Nkosi a YouTuber?

Ques: What is Sthandile Nkosi’s nationality?

Ques: Who are Sthandile Nkosi’s brothers?