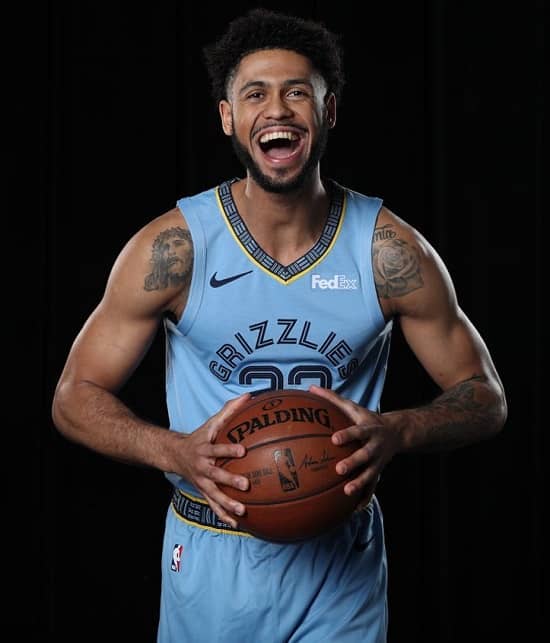 Tyler Quincy Dorsey, aka Tyler Dorsey (born on February 18, 1996) is a 26-years-old half-greek-half American basketball player who currently plays for Dallas Mavericks as a Shooting Guard. Records revealed that he was only 21 at the time of his draft; Atlanta Hawks had picked him in the 2nd round.

The 6 feet 4 inches tall player from Pasadena has a wingspan of 6 feet 5 inches, and his proficiency in the game won him many honors/awards like First-team Parade All-American, Gatorade California Player of the Year, and Pac-12 All-Freshman team.

He also played for the Israeli team Maccabi Tel Aviv and the Greek team Olympiacos; also, he got awarded many international awards like Greek League champion, 2× Israeli League champion, and Greek Cup MVP.

On June 25, 2022, Tyler shared a photograph on his Instagram account (tylerdorsey5); in that image, he can be seen with a beautiful caucasian girl. When our team tried to find the name of that girl, we learned that she was a Canadian basketball player Lauren Yearwood. The Victoria, British Columbia native is 6 feet 3 inches tall and played at the Forward position for Santa Clara University. According to sources, both athletes attended Oregon university, and the love story began there. 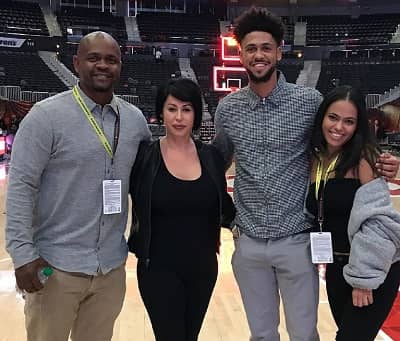 How old is Tyler Dorsey?

On February 18, 1996, Tyler Dorsey (age 26 years) was born to an American father, Jerrid Dorsey, and a Greek mother, Samia, in Pasadena, California, America. Many people do not know that Tyler also has a younger sister named Asiah, who recently graduated from the University of South Carolina (USC).

Ty has been a fan of basketball since middle school. In his freshman years at Ribét Academy performed really well but later got transferred to Bellflower-based St. John Bosco High School, where his performance was even better, and he became a sensation in high school basketball events. He was also part of the team that won the state championship.

Dorsey spent his senior years at Pasadena’s Maranatha, and at the end of his high school year, he won the Gatorade-sponsored California Player of the Year award. 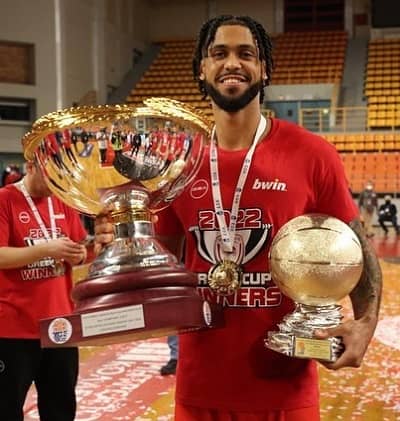 After schooling, Dorsey joined UoO and started playing for the Oregon Ducks. In the first match against Jackson State Tigers, Tyler scored 20 points and won the title of MVP (Most Valuable Player). Unluckily in his first year, he suffered an injury and had to stay out of the tournament for two games, but the player did not take much time to bounce back.

After playing for two years for Oregon, Dorsey got picked by Atlanta Hawks in 2017, and from there, his professional career started. According to Spotrac, the Hawks signed a two-year contract with him, paying an annual salary of $815,615 for the first year.

The same year Atlanta assigned Tyler to the NBA G League team Erie BayHawks. In 2019, his contract with the Hawks ended, and he got traded to the Memphis Grizzlies, paying a $490,561 salary. Dorsey played a single season for Memphis, and his performance was top-notch. Meanwhile, he also got chances to play for Maccabi Tel Aviv and Olympiacos.

Ques: How old is Tyler Dorsey?

Ques: When was Tyler Dorsey born?

Ques: Who are Tyler Dorsey’s parents?

Ques: Does Tyler Dorsey have any siblings?

Ans: Yes, he has a sister named Asiah Dorsey.

Ques: For which team does Tyler Dorsey play?

Ques: At what position does Tyler Dorsey play?