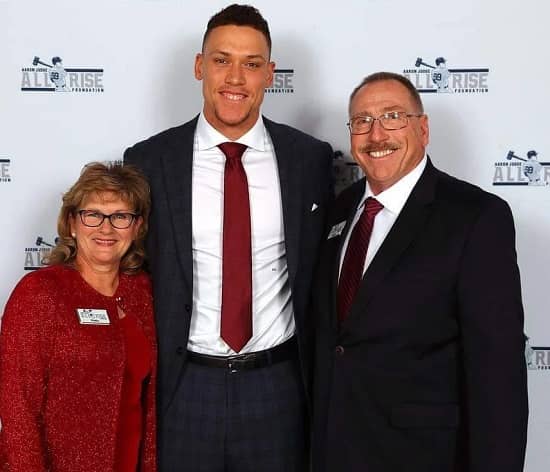 Who are Aaron Judge parents?

Aaron James Judge, aka Aaron Judge (born on April 26, 1992) is 30 years old famous Baseball outfielder who has been playing for the New York Yankees since August 13, 2016 and has gained immense fans’ support with his playing performance.

Since September 20, When he hit his 60th home run of the season, tying Babe Ruth’s record, Aaron’s popularity skyrocketed, and with this biggest hit, Judge has written his name alongside Roger Maris in baseball’s record books, however about an hour later, the New York Yankees slugger celebrated the occasion of the 60th home run of his impressive 2022 season.

But Aaron didn’t stop there; on Tuesday, he blasted his 62nd home run at Globe Life Field against the Texas Rangers, shattering the single-season American League record. 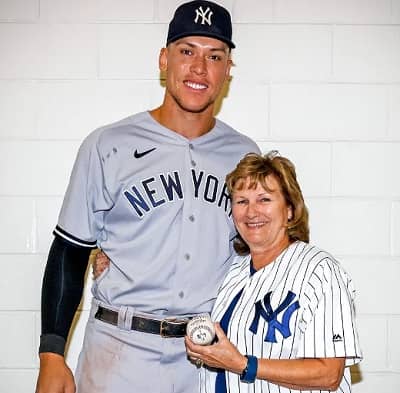 As per Cbssports, Patty Judge, Aaron’s mother, has been to every Yankees game since her son Aaron hit his 59th home run on September 18. She traveled from Yankee Stadium to Toronto, back to Yankee Stadium, and then to Texas for this last regular season series, and his mother was left speechless when he smashed his 62nd home run on Tuesday.

Let me tell you a few this about Aaron’s mother, Patty Jacob Judge, aka Patty Judge, who spent her life most of the time in Stockton and Linden, California and Patty spent a lot of time traveling across with her family and during this time she became interested in sports such as volleyball, basketball, and softball, and her senior year at Franklin High School, Patty was named Female Athlete of the Year. 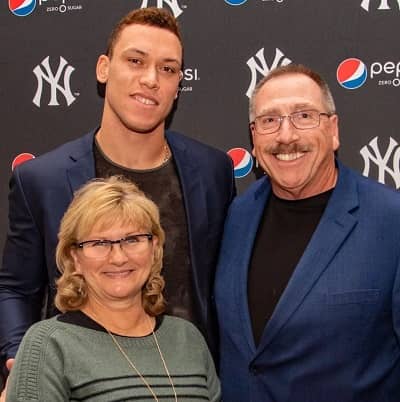 Patty left for college at Fresno State University in the fall of 1975, where she earned her BA in physical education and during this time, she met and married Wayne Judge, a physical education major, and returned to her hometown of Stockton. Wayne & Patty adopted John Jacob in 1985, and Aaron James joined the family seven years later, but until age 10 or 11,  Aaron had no idea he was adopted until his parents revealed it to him one day.

He is not surprised to hear this, but he is proud of his parents because Aaron’s parents, Patty and Wayne, sacrificed everything for him; they put Aaron in baseball when he was a child and brought him to football camps, basketball competitions, and everything else.