Zyra Gorecki (born on July 4, 2002) is a 20-years-old American actress who gained fame after playing the part of a stuck pedestrian in season 5 of Michael Brandt’s action drama “Chicago Fire,” which aired in 2016. Zyra is an amputee and an inspiration for others. 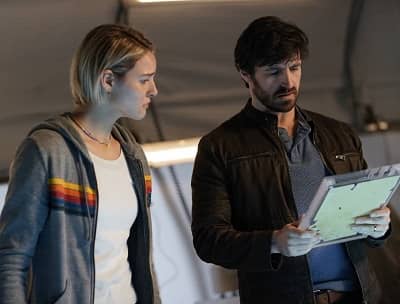 In 2021, Gorecki rose to prominence after landing the role of Izzy Harris in David Appelbaum’s sci-fi series “La Brea,” which aired on NBC on September 28, 2021. In many countries, the show aired as “Land of the Lost.” Makers made the entire show with perfection, and it earned numerous awards, including ReFrame (2022).

After the colossal success of the first season, the new installment of “La Brea” came out on September 27, 2022. Besides Zyra, artists like Natalie Zea, Eoin Macken, Chiké Okonkwo, Jack Martin, and Veronica St. Clair are also part of this popular production. 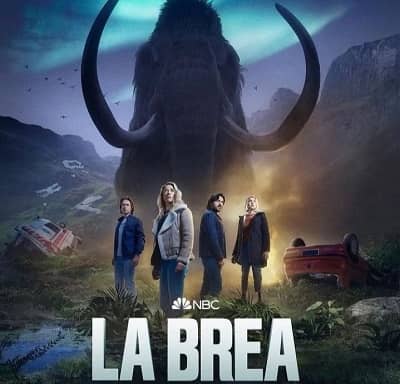 How was Zyra’s Experience Playing Izzy in “La Brea”?

During an interview, Gorecki described her experience working with David Applebaum as marvelous. She said, “I think amputees, as a realized amputee, you have a different headspace already to play an amputee character, right? And you face those occasions, and you understand what it’s like, but also, Izzy has this ability to be unguarded, and I am less limited. But I think what helped was being on set and just feeling all your emotions.” 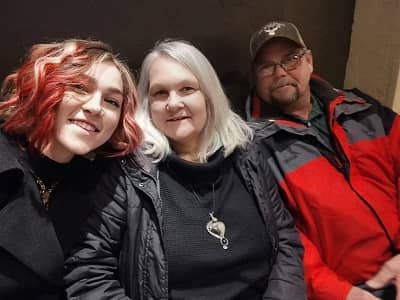 How Zyra Gorecki Lost her Leg?

On July 4, 2002, Zyra Gorecki (age 20) was born in Michigan, USA, to her father, Steve, and mother, Barb Gorecki. Many do not know that Zyra’s mom is a cancer survivor; she beat breast cancer. The actress has a younger sister named Bailee, who is as beautiful as Zyra.

Gorecki’s first acting experience was when she was in the secondary standard. The young girl had to play the role of a queen, but performing in front of people caused her to develop stage fear. According to Amplitude, at 13 actress lost one of her legs due to a logging mishappening. During an interview with Photobookmagazine, Zyra claimed that she originally intended to model, so she met an agent, Debra Pappas (Bravo Talent Management), who felt she’d be excellent at acting and sent her to auditions. Gorecki eventually fell in love, and she thought it was so great to be able to understand a character that well. Despite suffering through a severe tragedy, she stayed positive and worked to become an actress. Gorecki’s stage fears used to make her feel sick before every audition. In 2015 she played a minor part in an iconic American TV show, “Chicago Fear.” In search of an opportunity to play a prominent role, Zyra kept appearing for auditions. Luckily in 2020, she landed the part of Izzy in an NBC show. 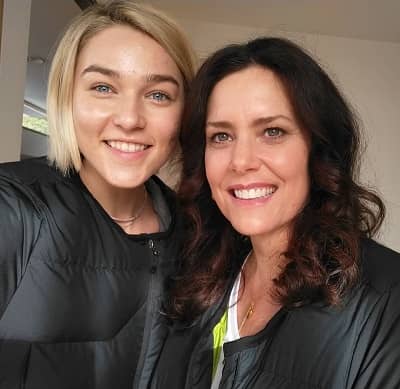 Records revealed that when the search for an actress to play an amputee was going on, David Applebaum decided to cast a real amputee, so the crew of “La Brea” sent an email to Camp No Limits: No Limits Foundation, which Zyra was a part of; when Gorecki learned that there is an opening in Applebaum’s show she appeared for the interview and got selected to play Izzy.

Currently, she is one of the most popular specially abled American actors. Her liveliness and positivity inspire those who have suffered the same loss. Who is Zyra Gorecki’s Boyfriend?

After gaining popularity from La Brea, Zyra’s fan base grew day by day, and on the one hand, her fans got emotional after hearing about her losing her leg, and on the other, her some admirers wanted to know whether this brave girl has been dating anybody, and when we checked her social profiles to find out about her relationship, we found that Gorecki yet not dated anybody because she has been still doing hard work to make her better future.

Ques: When does Zyra Gorecki celebrate her birthday?

Ques: Who played the part of Izzy Harris in “La Brea”?

Ques: Does Zyra Gorecki Really have a single Leg?

Ques: How tall is Gorecki?