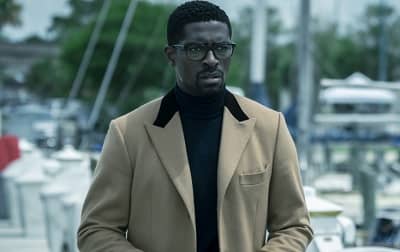 Tongayi Chirisa (born on August 8, 1981) is a 41-year-old Zimbabwean actor known for his performance as Richard Ncube in “Another Life.” He gained fame in 2008 after playing Friday in Michael Robison-directed “Crusoe,” which aired from 2008 to 2009. Chirisa has also worked on numerous movies, including “Happiness Is a Four-letter Word,” “Shoot Your Shot 3: The Wedding,” and “Trees of Peace.” Currently, Tongayi is in the headlines because he starred in Michael Uppendahl’s fantasy horror drama “Anne Rice’s Mayfair Witches,” which aired on AMC+ on January 8. In this series, Alexandra Daddario plays the role of a neurosurgeon named Rowan Fielding, who discovers that she is the heir to a family of witches.

Sources revealed that Chirisa is working with Stephen Ashley Blake on a $40 million budgeted movie named “Steal Away.” It is a musical drama that will land on cinema screens in 2024. On August 8, 1981, Tongayi Chirisa (age 41) was born in Harare, Zimbabwe. to his father, Alexander Tapfumaneyi Chirisa. The Zimbabwean actor also has a brother named Andrew Chirisa. Sources suggest that Tongayi got involved in acting during high school. His passion kept growing with time, and he decided to adopt it as a profession. In 1999 he completed his schooling at Lomagundi College and joined AFDA-The School for the Creative Economy, where he completed his BA-Live performance. As per his CV, he also attended The South African School of Motion Picture Medium and Live Performance. After receiving proper training, Tong began looking for casting auditions, and after appearing for a couple of auditions, he landed the role of his first role in a 2005 movie titled “Tanyaradzwa.” Till 2008 he worked extensively in Zimbabwean cinema and was part of multiple movies, including “Ace of Hearts,” “Zimbabwe,” “Skin,” and “Mr. Bones 2: Back from the Past.”

In 2009 his first international project, a British movie titled “Diamonds,” came out; here, he played Oba Sewele and got to work alongside elite artists like James Purefoy, Judy Davis, Derek Jacobi, and Joanne Kelly. The same year he played a recurring character named Friday in the English TV series “Crusoe,” and it took his career to new heights. Meanwhile, he came to the USA in search of more acting opportunities.

His decision to move to America was right because soon after landing here, he got signed for a role in “NCIS: Los Angeles.” He also played Miles in “American Horror Story” and played a prominent role in “H+.”

From 2011 to 2018, he did multiple shows like “The Jim Gaffigan Show,” “Mars Project,” “Hawaii Five-0,” “The Guest Book,” and “iZombie.” Besides shows, he also appeared in multiple movies like “Next Exit,” “Affair,” “The Anthrax Attacks” and “Antebellum.” 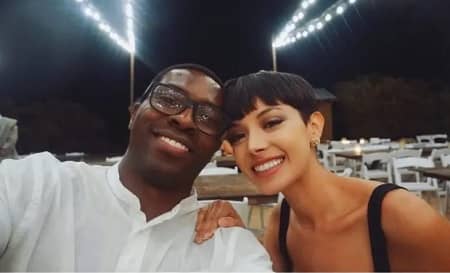 In 2018 there were rumors about Chirisa dating Ericka Guitron. Later the gossip proved to be true after they were spotted together. Both make excellent couples, and their fans love seeing them together.

Sadly it has been more than a year since they appeared together, and there are speculations that they are not dating anymore. We are working to find the status of Chirisa’s relationship with Guitron, but in the meantime, it is safe to believe that they are not together anymore.